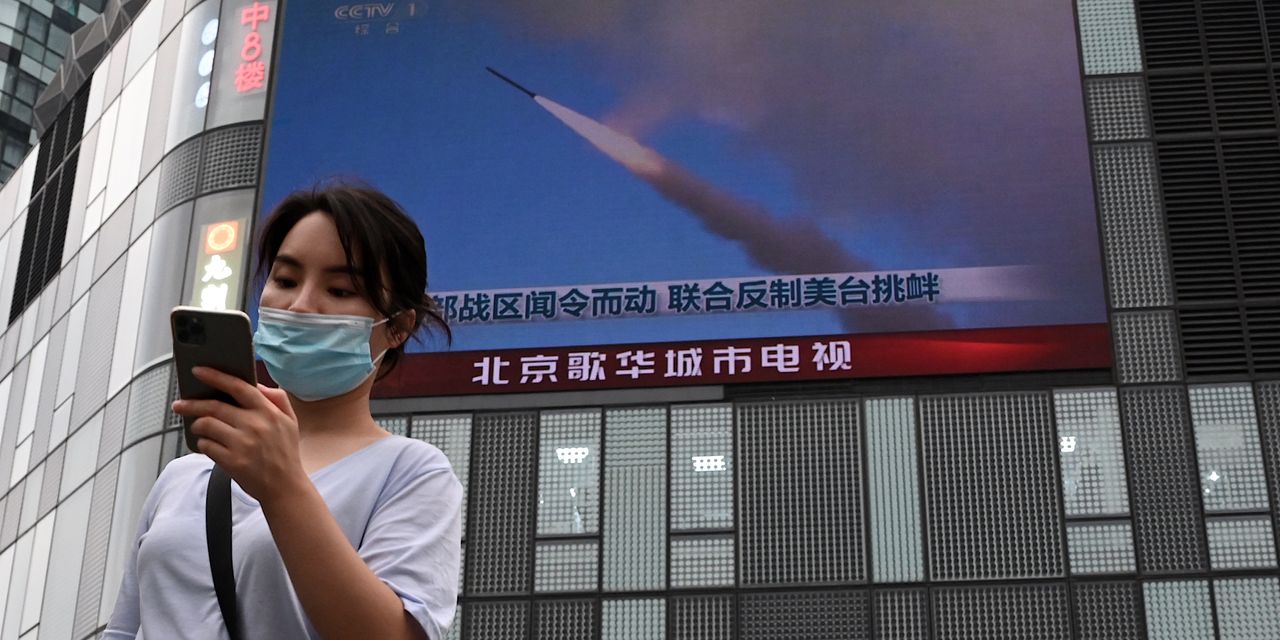 
All eyes have been on Taiwan as China launches live-fire military drills near the self-ruled island after a visit by US House Speaker Nancy Pelosi set off an escalation in tensions. The fallout could be widespread, and investors looking for ripples in the US market may want to hone in on the technology sector, especially companies that generate revenue from Taiwan.

A possible military conflict over the island democracy of Taiwan, which Beijing claims as its own and has said it would use force to reunify if needed, would be an “all bets off” type of scenario that would likely rattle global markets. At this point, geopolitical strategists see little appetite in China for a military invasion of Taiwan, with analysts noting that Beijing is worried more about preventing Taiwan’s independence rather than forcing unification.

However, its claim on Taiwan is a redline with deep historical and cultural roots. Beijing’s concern that US actions and comments over the past six years suggests a possible erosion in US commitment to the one China policy is fueling the latest tit-for-tat that included China canceling military and climate talks with the US and the White House summoning the Chinese ambassador.

Beijing has said the military drills will last until Aug. 7, but if they are extended, JPMorgan strategists write that it would amount to a military blockade that could significantly hurt global shipping and amplify the global supply chain and logistics disruptions that companies have been grappling with since the pandemic. The Taiwan Strait is a significant shipping route for global supply chains—opening up the possibility for far-reaching ripples.

Investors looking for possible fallout may want to start with the technology sector. A screen run earlier this year by Bank of America of

Barron’s winnowed the list further to find five stocks that generate 15% or more in sales from Taiwan and trade at a forward multiple of earnings above or less than a 5% discount to historical valuations despite the double-digit declines so far this year.

Not surprisingly, the list was chock-full of technology companies, including

(AMAT) that generate more than a fifth of sales from Taiwan, as well as

able to benefit on the margin as US-China tensions push the US to bolster its domestic chip production with measures like the recently-passed CHIPS and Science Act. But the focus on Taiwan will put an increased spotlight on the chip industry and these are stocks to keep on the radar for possible volatility. That adds to the pressure these stocks have already faced this year. Bank of America downgraded its rating of companies like

earlier this summer, amid expectations their sales could shrink next year, hurt by tighter global monetary policy, geopolitical turmoil and consumers reassessing spending. Teradyne focuses on chip testing and has a bigger exposure to consumers, a reason Bank of America analyst Vivek Arya cited for his downgrade in late June.

Analysts have also been downbeat on

Write to Reshma Kapadia at reshma.kapadia@barrons.com