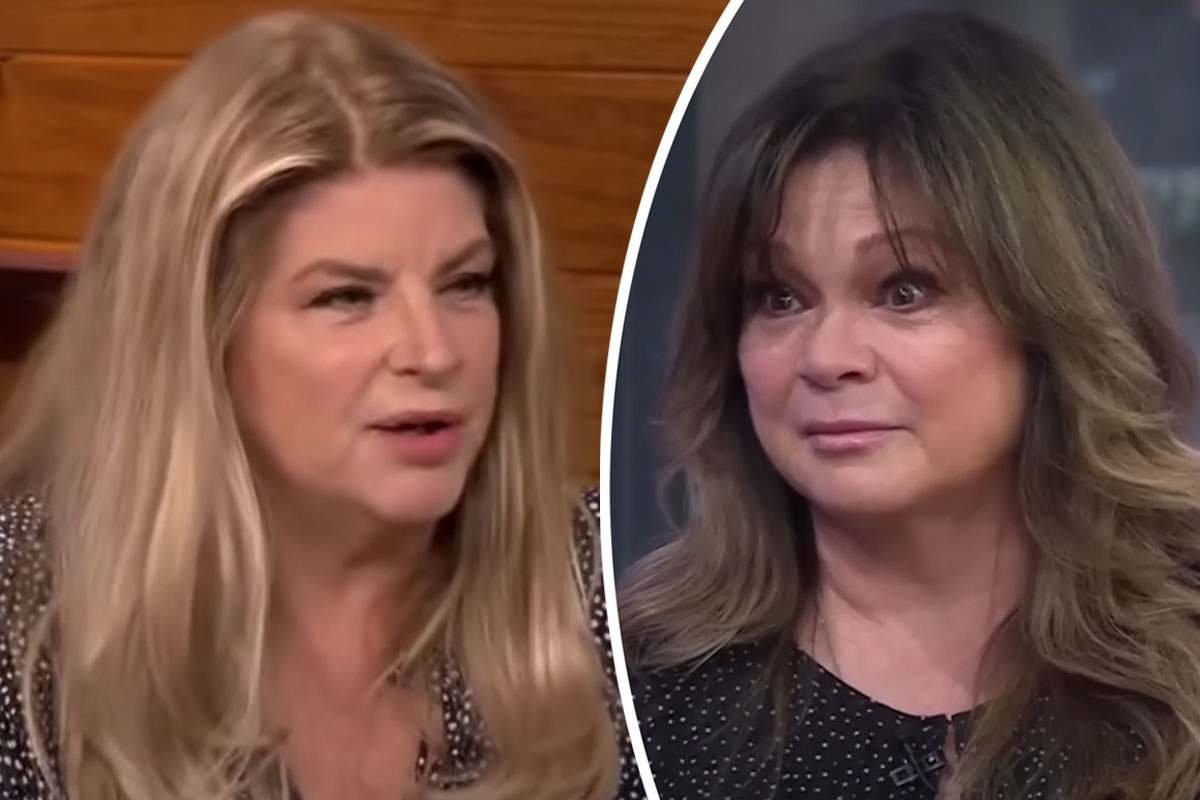 Were Kirstie Alley and Valerie Bertinelli involved in a bitter feud with each other for years? It sounds like it, according to a new report!

As you most likely have heard, Kirstie passed away at the age of 71 following a battle with cancer. Her children, True and Lillie Parker, announced the heartbreaking news on Instagram Monday, writing:

“We are sad to inform you that our incredible, fierce and loving mother has passed away after a battle with cancer, only recently discovered. She was surrounded by her closest family and fought with great strength, leaving us with a certainty of her never-ending joy of living and whatever adventures lie ahead. As iconic as she was on screen, she was an even more amazing mother and grandmother.”

The Cheers alum’s representative later revealed to People she had died from colon cancer. Following the news of her death, many fans and celebrities took to social media to mourn the loss, including Valerie, who tweeted:

While Valerie offered her condolences, innerestingly enough, it turns out that she had been involved in a feud with Kirstie for years before the Veronica’s Closet star’s death! According to RadarOnline on Tuesday, tensions between the two women emerged when the Kirstie had been a spokesperson for the weight loss program Jenny Craig and brought on Valerie as a celebrity endorser before she left the company in 2007. An insider told the outlet:

“She hoped sales would go in the toilet without her, but Jenny Craig’s business boomed after Valerie signed on.”

When Kirstie revealed she gained 83 pounds in 2009, things worsened between them after the One Day at a Time star commented on her weight gain to People, saying at the time:

“She should come work out with me! She should remember you can’t do everything in one day [and] her exercise has to be consistent. She can do this. There’s no doubt in my mind.”

A source claimed that even though Valerie’s remarks had good intentions behind them, they only “added fuel to the fire.” It also did not help that her books One Dish at a Time: Delicious Recipes and Stories from My Italian-Ameri­can Childhood and Beyond and Losing It: And Gaining My Life Back One Pound at a Time became best-sellers and reminded the Look Who’s Talking actress of Valerie’s success.

Then, in 2013, sources claimed to the outlet the two women started a battle behind the scenes with each other when Kirstie’s short-lived sitcom premiered on TV Land while Valerie was starring on Hot in Cleveland. It reportedly felt “as if there’s not enough room for both of them” at the network at the time. Of course, Kristie ended up getting canceled after one season, and Valerie’s show lasted between 2010 to 2015.

Basically, it sounds like the pair were constantly competing against each other, especially when it came to their various business ventures! Yikes… Despite their rumored years-long feud, though, it seems Valerie pushed their issues aside (or they possibly worked things out at one point?) and expressed her heartbreak over Kirstie’s death — which was very nice to see.

Thoughts, Perezcious reader? Do you believe Kirstie and Valerie were feuding for years? Let us know in the comments below.