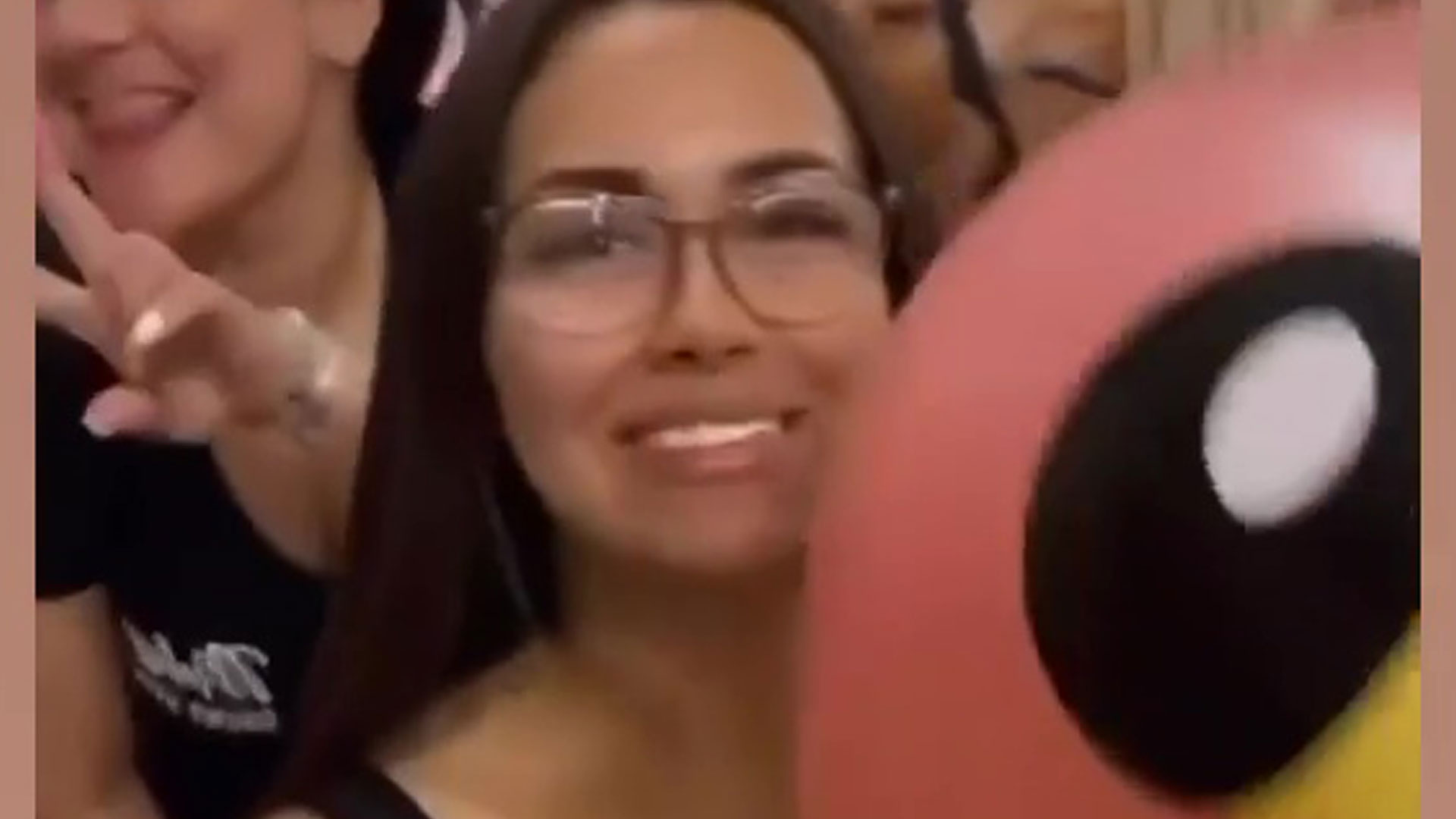 TEEN Mom Briana DeJesus has thrown a lavish party to celebrate her major court victory against her enemy, Kailyn Lowry.

Last June, Kailyn filed a defamation suit against her nemesis Briana, but it recently came to an end, with the latter as the victor.

On her Instagram Story, Briana shared an inside look at the party she threw Friday night in honor of her big win.

The first clip she posted was of a batch of $ 20 bills on her couch, with a few more raining down on top as Rihanna’s lyrics, “b *** h better have my money,” played in the background.

This moment comes as Briana’s been demanding that Kailyn cover her legal fees, over $ 120,000, from their defamation lawsuit.

In another video, Briana wore just a black sports bra and short shorts as she partied with friends in a pink-decorated room.

She gave a big smile as she sat on a large blow-up animal and yelled: “Case closed!”

In the back, Briana had balloon arches set up, as well as various pink backgrounds, with the words “case closed” were spelled out in gold on one of them.

On a glass shelf, she had big pink blocks with flowers all over them that spelled out “Winner,” along with what looked to be a cookie that said “Bye hoe,” seemingly calling out Kailyn.

Fellow Teen Mom 2 star Jade Cline was in attendance at the shindig and shared a clip of everything being set up, saying “It’s a party!”

Most read in Entertainment

On Saturday morning, Briana shared that she’d received some congratulatory balloons and flowers from friends, too, for her big court victory.

She captioned it: “Thank you!”

Kailyn and Briana have been feuding for years, but it escalated last summer when the mom of four sued her rival for defamation after she claimed the star “physically beat” her baby daddy Chris Lopez.

Briana claimed in court papers that her co-star did not appear on an episode of their MTV series last season because she did not want to discuss the arrest, which was later dropped, on camera.

Kailyn hit back that she refused to film because she wanted to keep a romantic relationship private.

In Kailyn’s initial complaint against Briana filed, her legal team claimed that her co-star’s comments were false and were made “for the purpose of causing Lowry harm.”

Kailyn then went into their long-standing feud in the court papers filed last June 25, which began when Briana joined Teen Mom 2 in 2017.

Kailyn claimed Briana “has a history of making false public statements regarding Lowry’s family life,” including when she allegedly responded to a Twitter user “[Lowry] gets beat the f ** k up by Chris in front of her kids. ”

The lawsuit recently came to an end after Briana filed for the case to be dismissed and the judge agreed.

Now, Briana has vowed to fight back against Kailyn after their court battle landed her with big legal fees.

As such, Kailyn has hired a high-powered lawyer after her nemesis Briana demanded she pay her legal bills.

The Sun can exclusively reveal the battle is not over yet, as Kailyn filed a notice of appearance for new lead lawyer Christopher A. Aguirre of the Trembly Law Firm located in Miami, Florida.

The TV stars continue to battle it out online, as well, with Briana accusing Kailyn on Friday of allowing her fans to leak the mom of two’s home address.

Briana wrote: “Posting my address on a fan page that you control is only making things worse. Please stop.”

She went on to add a screenshot from a fan post made on Kailyn’s Barely Famous podcast page, which featured the content in question.

The original poster said: “Damn! As Kail, I do not think I could ever forgive Chris for testifying on behalf of Bri and possibly giving her address. ”

Another fan commented: “Briana lives like 5 minutes from me. If y’all want her address just say that. ”

Along with the screenshot, Briana blasted Kailyn and wrote: “Letting your minions post my address on your social media page will cause more issues.

“Do not start something you can not finish.”

Briana’s baby daddy Devoin Austin, with whom she shares 10-year-old daughter Nova, slammed both of the stars for their feuding.

“Please know, I do not condone either parties actions,” he wrote on Instagram. “All childish, all irrelevant.”

We pay for your stories!

Do you have a story for The US Sun team?