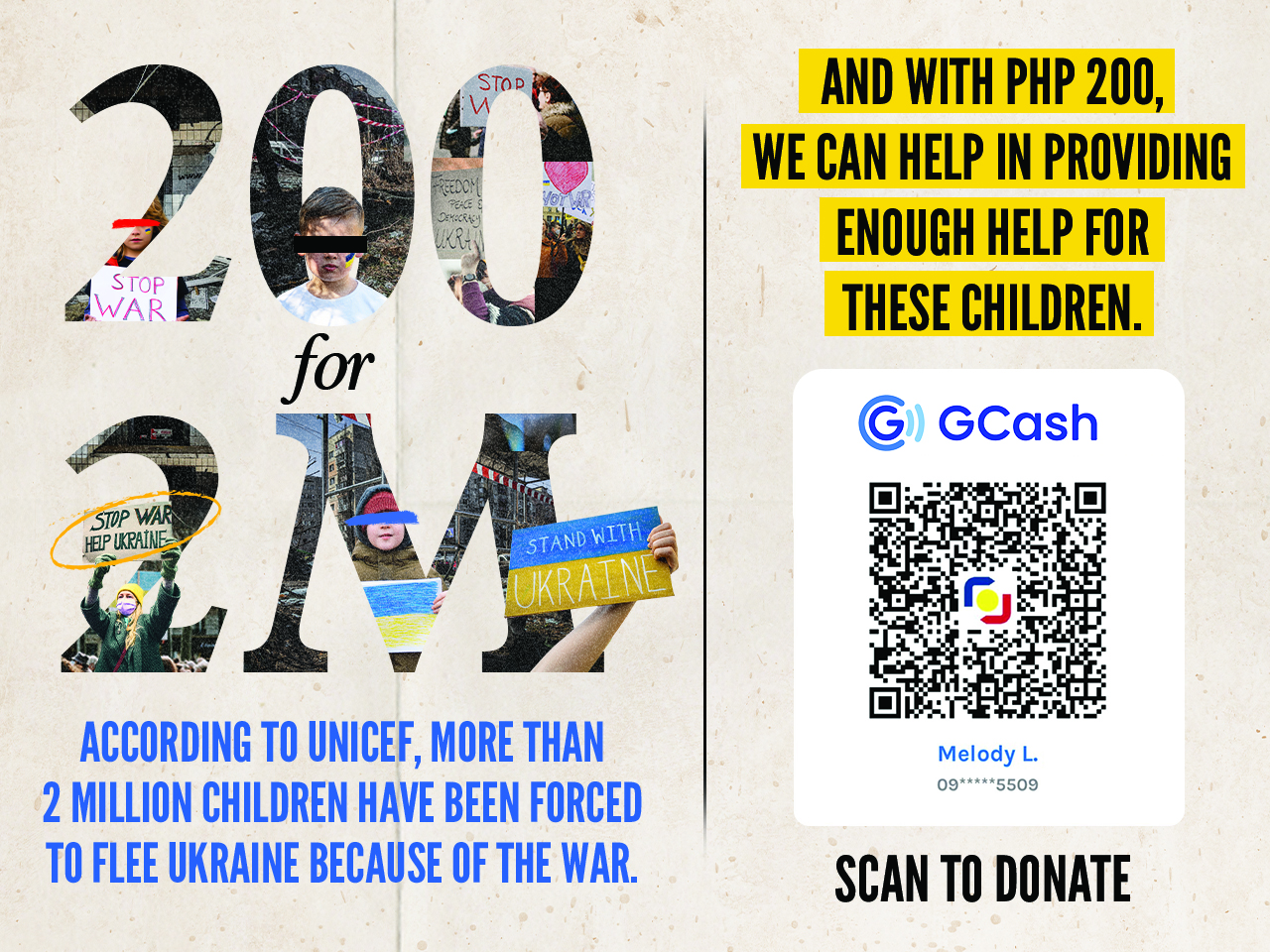 Initiative, the culturally-driven global communications agency within Mediabrands, has launched a 200 for 2M donation drive for Ukraine, in particular children of Ukraine who are affected by the ongoing conflict.

“Through this simple collective effort we hope to help give Ukrainian children a chance to start their lives again,” says Melody Laogan, Initiative Managing Partner. Co-Managing Partner Paul Atienza adds, “We want to illuminate the way and be a force of positive change in the industry with this humble effort.”

In observance of Women’s Month in March, Initiative Philippines helped to shine a spotlight on women who took a heroic stand through their own individual efforts to help put an end to the conflict and instill peace in Ukraine.

This April, Initiative puts the spotlight on the children who have been most at risk; wrenched from the comfort and security of their homes and rendered totally defenseless by this conflict. To date, an estimated 3.6 million people have now fled the violence in Ukraine, half of this number are estimated to be children; many of whom now exposed to sub-zero temperatures, injury, hunger, and trauma.

The plight of the children of Ukraine moved Initiative Philippines to create 200 for 2M, a campaign to raise donations for Save the Children, the chosen charity. Armed with the agency’s promise of Cultural Velocity, Nori Villaruel, Initiative’s resident strategist, says, “With the Filipinos culture of pakikipagkapwa and sudden rise of usage of online banking apps and e-wallets, we thought that giving at least PHP 200 can already help at least 2 million Ukrainian children. ”

The agency’s relief efforts are posted organically in its employees’ social media accounts, together with key LED sites donated by select OOH media partners, Summit Media, Kaddish Advertising, and City Advertising Ventures, as a way to help in the cause. With the agency also seeking help from its client partners, the donations as of April 27, 2022 have reached over PHP 35,000.

Spotlight is BusinessWorld’s sponsored section that allows advertisers to amplify their brand and connect with BusinessWorld’s audience by enabling them to publish their stories directly on the BusinessWorld Web site. For more information, send an email to online@bworldonline.com.

Join us on Viber to get more updates from BusinessWorld: https://bit.ly/3hv6bLA.