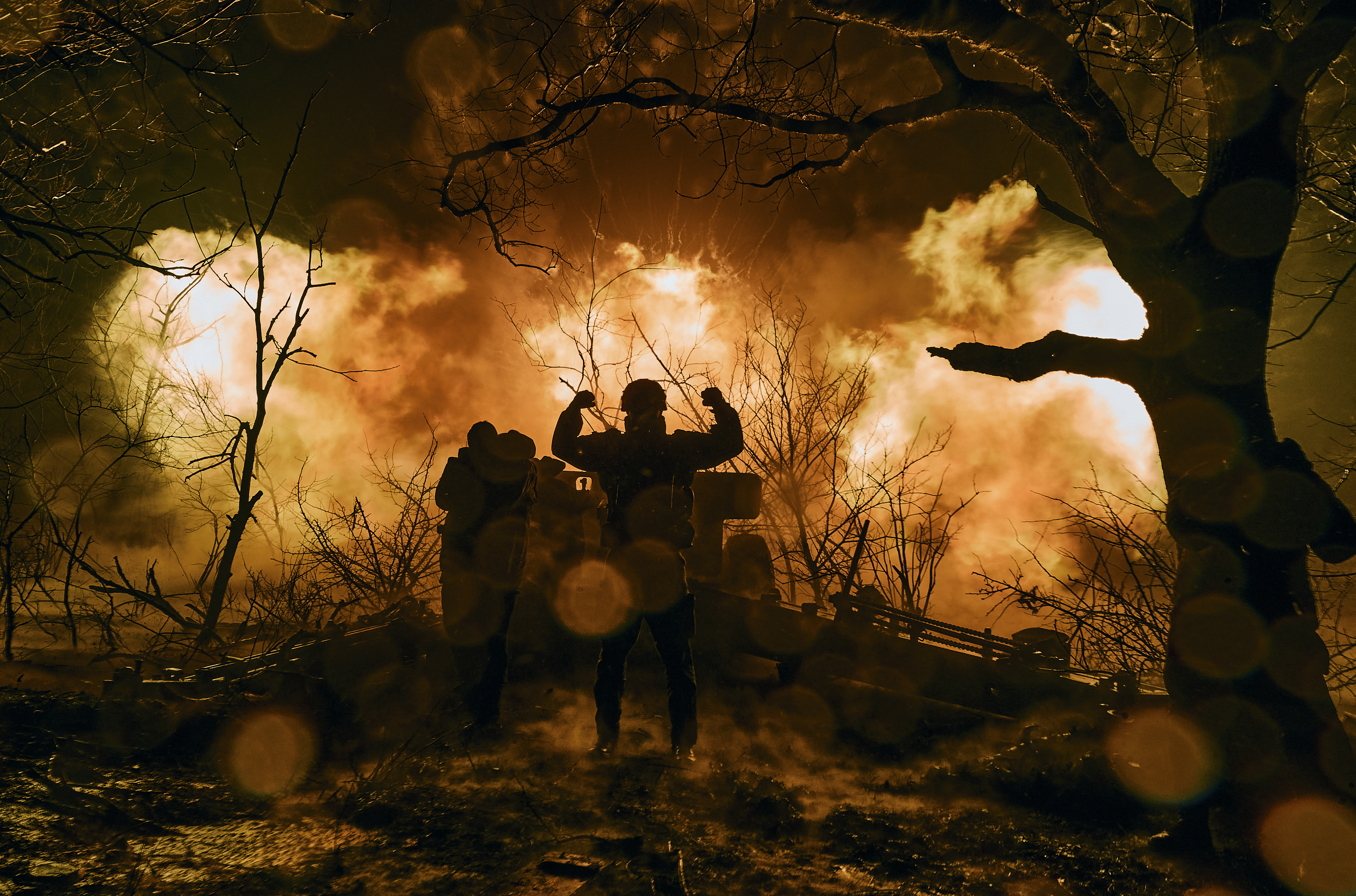 Press play to listen to this article

LVIV, Ukraine — Russia’s missile barrages on Ukraine are having much less impact than Vladimir Putin might have wanted, thanks to Ukrainian improvisation and ingenuity.

The Russian military targeted Ukraine’s power grid last week, firing an estimated billion-euros worth of missiles at the country’s energy infrastructure — but for all that money the net result was to cause blackouts only for a day.

“We are very well prepared, and we think out of the box to coordinate after missile attacks,” Volodymyr Kudrytskyi, chairman of Ukrenergo, Ukraine’s state-owned electricity company, told POLITICO in an exclusive interview.

Engineers game-plan possible scenarios to be ready with “re-routing schemes” to compensate for the loss of a transmission station or — even worse — damage to a generating station. “So even with catastrophic damage, even during these hard times, we are still able to reconnect and deliver energy. Of course, we must curtail consumption to maintain the system’s stability,” he added.

Kudrytskyi says: “We can switch on the lights for 80 to 90 percent of Ukrainians within a day of an attack — although you must understand that’s not precise because it largely depends on the nature of the damage. It takes a few more days after restoring basic delivery to fully stabilize the system.”

That’s remarkable considering Ukraine has lost around 50 percent of its electricity capacity, he said, because of the damage caused by the Russian attacks — part of the Kremlin’s strategy to enlist “General Winter” to wear down Ukrainians and break their spirit. “In my humble opinion, we are doing quite well. This kind of assault, the scale of it, on a power grid has never been seen before in the modern world and therefore we must invent solutions. We don’t have anyone else to consult because simply nobody has ever experienced anything even close to this before,” Kudrytskyi said.

Ukrainians now joke that the country’s notoriously poor public services have improved since Russia’s invasion — instead of waiting weeks for electrical or water repairs, things get fixed in a matter of hours, they quip. And while the missile attack is deepening their anger toward Russia, they are also taking some solace and pride in the ingenuity behind the restoration of power and resumption of the water supply, which relies on Ukrenergo energy for pumping purposes, after missile and drone strikes.

The joke is not lost on Lviv’s mayor, Andriy Sadovyi, who told POLITICO that improvisation is part of the secret behind switching the lights back on.

“The power system wasn’t built with the idea that it would have to withstand attack,” Sadovyi said with a chuckle.

‘Coded to be ingenious’

He said Ukrainians have shaken off a debilitating Soviet mentality, one that says nothing is possible when a problem emerges. “We have discovered we’re coded to be ingenious, to improvise, to come up with solutions, to use what’s available and what’s at hand,” he said.

Foreign experts working in the country also highlight Ukrainian improvisation — and not just in the energy sector.

“Where there’s a will, there’s a way. They are doing some amazing things,” says Terry Taylor, a 75-year-old British water engineer who left a comfortable retirement in Oxford to bring his decades of experience working in Asia and Africa to Ukraine.

Taylor’s been overseeing a project for a Danish charity in Mykolaiv, the southern coastal city which has withstood a months-long Russian siege. Thanks to Russia’s sabotaging a pipeline in April, Mykolaiv has been without potable water for half-a-year. “There’s a stunning unity of purpose and passion here; it really is remarkable,” Taylor said. “People just get on with it; clean away debris and repair as best they can,” he told POLITICO.

When it comes to the power grid, the Ukrainians were also prepared — even before Russia’s invasion in February. They had been storing up stocks of spare parts, switches and cabling. “We accumulated significant stock of materials and equipment, probably one of the largest in the world,” Ukrenergo’s Kudrytskyi said.

Until October, when Russian targeting of energy infrastructure started in earnest, Ukraine had even been able to export electricity to the EU, but it is now in need of imports. Kadri Simson, the EU energy commissioner, visited Kyiv on November 1 and expressed the bloc’s readiness to help replenish stocks amid the latest waves of Russian attacks. And it’s a big job.

The huge stocks of equipment and material that Ukraine has laid by are running out fast, Kudrytskyi said.

Mayor Sadovyi in Lviv admits that if the attacks continue and the winter is a harsh one, improvisation will have its limits. Sadovyi said that in last week’s attack the Russians managed to cause some damage to the interconnection with neighboring Poland.

“Today my message must be strong. We must be ready to survive without electricity and heating for one, two, maybe three weeks,” he said.

He said Lviv and Ukraine are going to need tens of thousands of diesel- and thermal-power generators.

How many exactly? He pulls a face when asked indicating that it is almost incalculable. Lviv bought three huge diesel generators six months before the war, and they have been used three times to maintain the hot water system for 50 percent of the city’s population, he said.

One of his biggest worries is how to keep Lviv’s main hospital going, which has been expanded enormously to rehabilitate both military and civilian war wounded and to manufacture and fit prosthetics. Sadovyi and other city mayors in Ukraine are in frequent contact to compare notes and to offer each other advice and assistance when they can.

But as the first snows of the season fall and with temperatures already dropping below zero Celsius, he’s in no doubt his city, where he has been mayor for 16 years, could soon be in a perilous position — a sentiment echoed by Kudrytskyi for the whole of Ukraine.

“We are preparing as best we can to build up resilience and we have to be ready for worst-case scenarios,” Kurdrytskyi said. “So, outages may be longer than the standard current five hours, but we are doing everything we can to try to prevent that happening.”

“But our stock is being exhausted,” he said. “We need spare parts, cabling relays for sure, but also some quite large items,” such as transformers and switching equipment. “We need them quickly and we can’t wait for them to be manufactured — we must find them somewhere soon,” Kudrytskyi said.

Aside from that, the energy boss makes a plea — echoed by city mayors like Sadovyi and national Ukrainian political leaders — for the West to supply more air-defense systems to shield the power grid from Russian missiles and air strikes.

“Because even if you look at the last big onslaught last Tuesday, we managed to knock out 70 or so of the 100 missiles launched at us, giving us a better bet to keep the system integrated, keep it running and to repair [it] than might otherwise have been the case,” Kudrytskyi said.


Who Are the Favorites to Win the Nitto ATP Finals 2022?