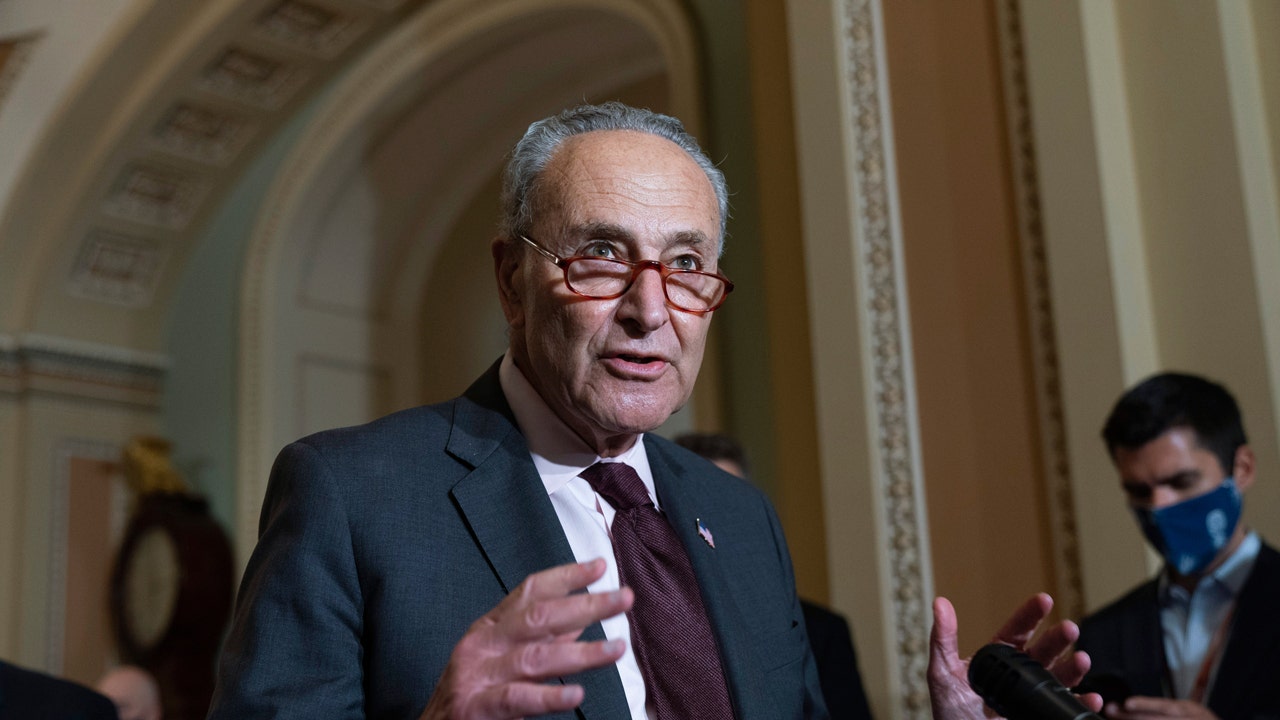 After months of painstaking negotiations, Senate Democrats on Sunday approved a sweeping health care and climate change spending package that amounts to one of the largest tax hikes in decades.

The Inflation Reduction Act of 2022 – which passed along party lines with Democrats employing the budget reconciliation process – would raise an estimated $739 billion over the next decade, with the revenues going toward initiatives designed to combat climate change and curb pharmaceutical prices, as well as efforts to reduce the nation’s $30 trillion debt.

It includes about $433 billion in new spending, while roughly $300 billion of the new revenue raised would go towards paying down the nation’s deficit. Democrats say the legislation will help to reduce inflation and provide relief to Americans in the form of lower health care costs, while Republicans argue the measure does little to tackle higher prices – and could actually exacerbate the crisis.

The nonpartisan Congressional Budget Office said in an analysis last week that the spending bill will have a negligible impact on inflation.

The bill, which now heads to the House for a vote that could happen as soon as Friday, is a far cry from the ambitious $2 trillion agenda that President Biden rolled out last year that relied on major tax increases on wealthy Americans and corporations.

“This bill is far from perfect. It’s a compromise. But it’s often how progress is made,” Biden said at the White House last week. “My message to Congress is this: This is the strongest bill you can pass.”

Here is a closer look at the tax increases and other items included in the latest legislation:

The legislation would impose a 15% minimum tax on corporations based on profits they publicly report on their financial statements to shareholders.

The levy would only apply to companies that reported more than $1 billion in income. Democrats said the levy would affect around 200 of the country’s largest corporations – with profits exceeding $1 billion – that pay less than the current 21% rate for businesses.

The private equity industry secured a last-minute victory when several Democrats voted with Republicans to exempt private equity companies and businesses they own from the new corporate minimum tax.

Under the bill, the Medicare program would have the power to negotiate with pharmaceutical companies in order to lower prices for certain prescription drugs. The proposal would cap what seniors on Medicare pay out of pocket for drugs each year at $2,000. Seniors would also be eligible for free vaccinations if the bill passes, according to a copy of the legislation.

Democrats projected this will save the government roughly $288 billion over the next 10 years.

US ECONOMY ENTERS TECHNICAL RECESSION AFTER GROWTH TUMBLES 0.9% IN THE SECOND QUARTER

A provision to cap insulin prices at $35 a dose was thrown out by the Senate parliamentarian, a nonpartisan referee, who ruled the limit could be applied to Medicare but not private insurance.

Democrats expect a beefed-up IRS to add an extra $124 billion in revenue by cracking down on tax evasion by wealthy individuals and corporations.

About $1 trillion in federal taxes may be going unpaid each year because of errors, fraud and a lack of resources to adequately enforce collections, IRS Commissioner Chuck Rettig said last year.

Audit rates have steadily declined over the last year, falling to the lowest level in at least four decades amid dwindling funding and enforcement staff (the IRS has 20,000 fewer staff than it did in 2010). The agency audited just 0.45% of personal income tax returns in 2019, down from 1.1% in 2010, Rettig said in January.

The measure includes a 1% excise tax on corporate stock repurchases that is poised to take effect in 2023. Democrats – who estimated this new levy will raise about $74 billion over the next decade – are hoping to slow companies’ tendency to buy back their own stock from investors.

“I hate stock buybacks,” Senate Majority Leader Chuck Schumer, D-N.Y., said. “I think they are one of the most self-serving things that corporate America does.”

President Biden arrives at the Congressional Picnic on the South Lawn of the White House on July 12, 2022. (Chip Somodevilla/Getty Images/Getty Images)

Democrats included the stock buyback tax to fill the revenue gap after Sen. Kyrsten Sinema, D-Ariz., rejected a repeal of the break for carried interest. That loophole allows private equity fund managers to pay lower taxes on their earnings than they would for regular income, with part of an investment manager’s income taxed as a capital gain – a 23.8% levy – rather than regular income.