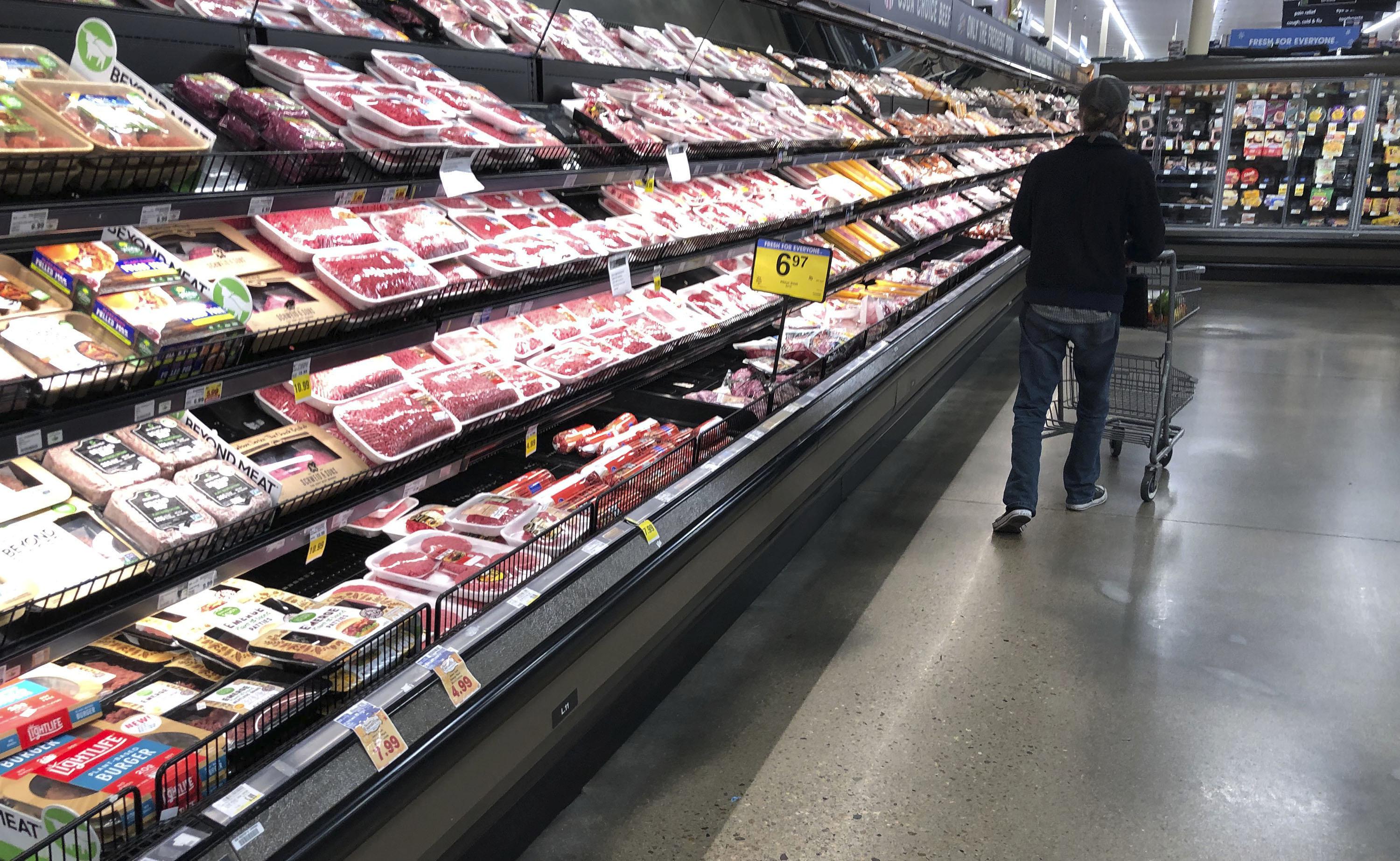 WASHINGTON (AP) — With inflation raging near its highest level in four decades, Congress is poised to approve President Joe Biden’s signature Inflation Reduction Act. Its title raises a tantalizing question: Will the measure actually tame the price spikes that have inflicted hardships on American households?

Economic analyzes of the proposal suggest that the answer is likely no — not anytime soon, anyway.

The legislation, which is headed for final approval Friday in the House and will then be signed into law, won’t directly address some of the main drivers of surging prices — from gas and food to rents and restaurant meals.

Still, the bill could save money for some Americans by reducing the cost of prescription drugs for the elderly, extending health insurance subsidies and reducing energy prices. It would also modestly cut the government’s budget deficit, which might slightly lower inflation by the end of this decade.

The nonpartisan Congressional Budget Office concluded last week that the changes would have a “negligible” impact on inflation this year and next. And the University of Pennsylvania’s Penn Wharton Budget Model concluded that, over the next decade, “the impact on inflation is statistically indistinguishable from zero.”

Such forecasts also undercut the arguments that some Republicans, such as House Minority Leader Kevin McCarthy have made, that the bill would “cause inflation,” as McCarthy said in a speech on the House floor last month.

Biden himself, in speaking of the legislation’s effect on inflation, has cautiously referred to potentially lower prices in individual categories rather than to lower inflation as a whole. This week, the president said the bill would “bring down the cost of prescription drugs, health insurance premiums and energy costs.”

At the same time, the White House has trumpeted a letter signed by more than 120 economists, including several Novel Prize winners and former Treasury secretaries, that asserts that the bill’s reduction in the government’s budget deficit — by an estimated $300 billion over the next decade, according to the CBO — would put “downward pressure on inflation.”

In theory, lower deficits can reduce inflation. That’s because lower government spending or higher taxes, which help shrink the deficit, reduce demand in the economy, thereby easing pressure on companies to raise prices.

Jason Furman, a Harvard economist who served as a top economic adviser in the Obama administration, wrote in an opinion column for The Wall Street Journal: “Deficit reduction is almost always inflation-reducing.”

Yet Douglas Holtz-Eakin, who was a top economic adviser to President George W. Bush and later a director of the CBO, noted that the lower deficits won’t kick in until five years from now and won’t be very large over the next decade considering the size of the economy.

“$30 billion a year in a $21 trillion economy isn’t going to move the needle,” Holtz-Eakin said, referring to the estimated amount of deficit reduction spread over 10 years.

He also noted that Congress has recently passed other legislation to subsidize semiconductor production in the US and expand veterans’ health care, and suggested that those laws will spend more than the Inflation Reduction Act will save.

In addition, Kent Smetters, director of the Penn Wharton Budget Model, said the bill’s health care subsidies could send inflation up. The legislation would spend $70 billion over a decade to extend tax credits to help 13 million Americans pay for health insurance under the Affordable Care Act.

Those subsidies would free up money for recipients to spend elsewhere, potentially increasing inflation, although Smetters said he thought the effect would likely be very small.

While the bill could have the benefit of increasing the savings of millions of households on pharmaceutical and energy costs, it is unlikely to have much effect on overall inflation. Prescription drugs account for only 1% of the spending in the US consumer price index; spending on electricity and natural gas makes up just 3.6%.

Starting in 2025, the act will cap the amount Medicare recipients would pay for their prescription drugs at $2,000 a year. It will authorize Medicare to negotiate the cost of some high-priced pharmaceuticals — a long-sought goal that President Donald Trump had also floated. It would also limit Medicare recipients’ out-of-pocket costs for insulin at $35 a month. Insulin prescriptions averaged $54 in 2020, according to the Kaiser Family Foundation.

“This is a historic change,” said Leigh Purvis, director of health care costs at the AARP Public Policy Institute. “This is allowing Medicare to protect beneficiaries from high drug prices in a way that was not there before.”

The legislation authorizes Medicare to negotiate prices of 10 expensive pharmaceuticals, starting next year, although the results won’t take effect until 2026. Up to 60 drugs could be subject to negotiation by 2029.

Holtz-Eakin argued that while the provision may lower the cost of some Medicare drugs, it would discourage the development of new drugs or reduce new venture capital investment in start-up pharmaceutical companies.

The Inflation Reduction Act’s energy provisions could also create savings, although the amounts are likely to be much smaller.

The bill will provide a $7,500 tax credit for new purchases of electric vehicles, although most EVs won’t qualify because the legislation requires them to include batteries with US materials.

And the legislation also significantly expands a tax credit for homeowners who invest in energy-efficient equipment, from a one-time $500 credit to $1,200 that a homeowner could claim each year. Vincent Barnes, senior vice president for policy at the Alliance to Save Energy, said this would allow homeowners to make new energy-efficient investments over several years.

But for all Americans, including those who aren’t homeowners, the impact will likely be limited. The Rhodium Group estimates that by 2030 the bill’s provisions will save households an average of up to $112 a year as gas and electricity becomes cheaper as more Americans drive EVs and houses become more energy-efficient.