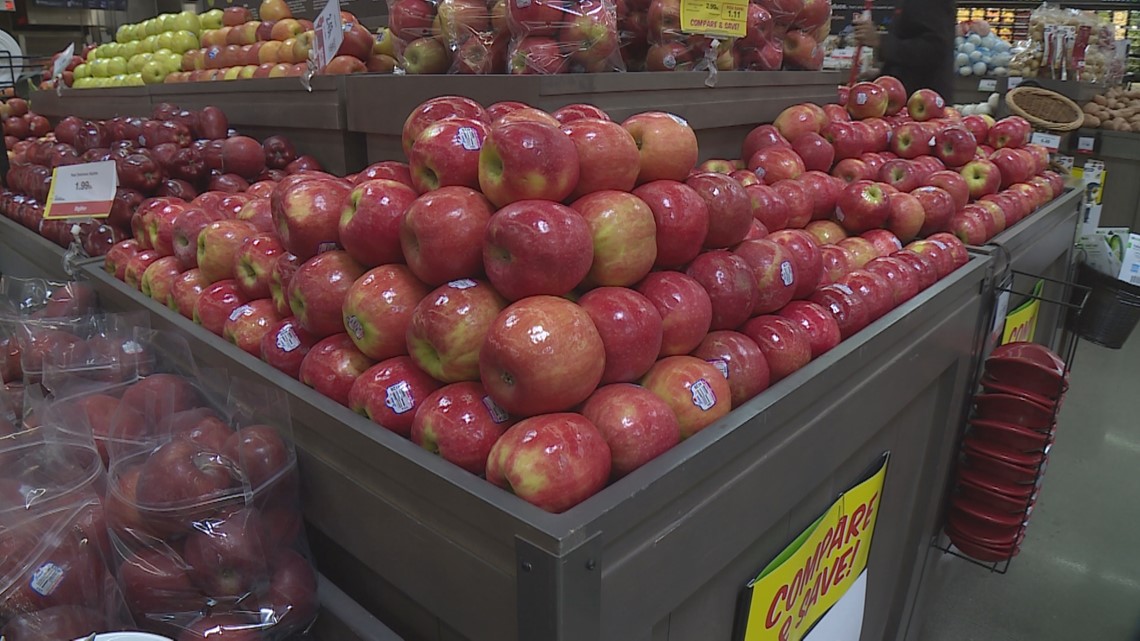 Food prices have gone up across the board, but some food groups are seeing smaller increases than others.

SAVAGE, Minn. — Nearly everything out there is more expensive these days, especially food.

Inflation has hit the grocery stores hard in recent months.

However, some food products are becoming more expensive than others.

According to the latest consumer price index, every food category has seen a price increase this year, but some categories are seeing smaller increases than others.

The June index report shows the cost of fruits and vegetables actually went down last month.

“Produce items like berries and melons that are in peak season right now. Also, peaches are going to be really flavorful, nutrient dense, and also just a better bang for your buck right now,” Jaeger says.

Meat has seen some of the highest increases over the past year.

Jaeger says you can use less meat by blending in cheaper alternatives.

“You can simply take up mushrooms, mince them up, or dice them up and mix it in your ground meat for taco night or burgers on the grill,” Jaeger says.

She says you can do the same thing with beans and tofu.

According to the June consumer price index report, beef prices went down in June, whereas ham and some other pork products went up.

Meat prices are still relatively high overall, but other food groups are seeing even bigger increases as of late.

“Dairy, flour, bakery sweets, those have actually jumped some of the most,” Bergen says.

Some baked goods went up by as much as 5.5% last month.

Bergen says you can save by buying other grains like rice.

Jaeger also recommends creating a plan before you go shopping.

“I do find that often times if we go in with a plan we’re less likely to grab additional things we didn’t need for that week,” Jaeger says.

And right now, your freezer is your friend.

Jaeger says shoppers can save a lot of money buying up seasonal produce and then freezing it for the fall or winter.

Watch the latest local news from the Twin Cities in our YouTube playlist: