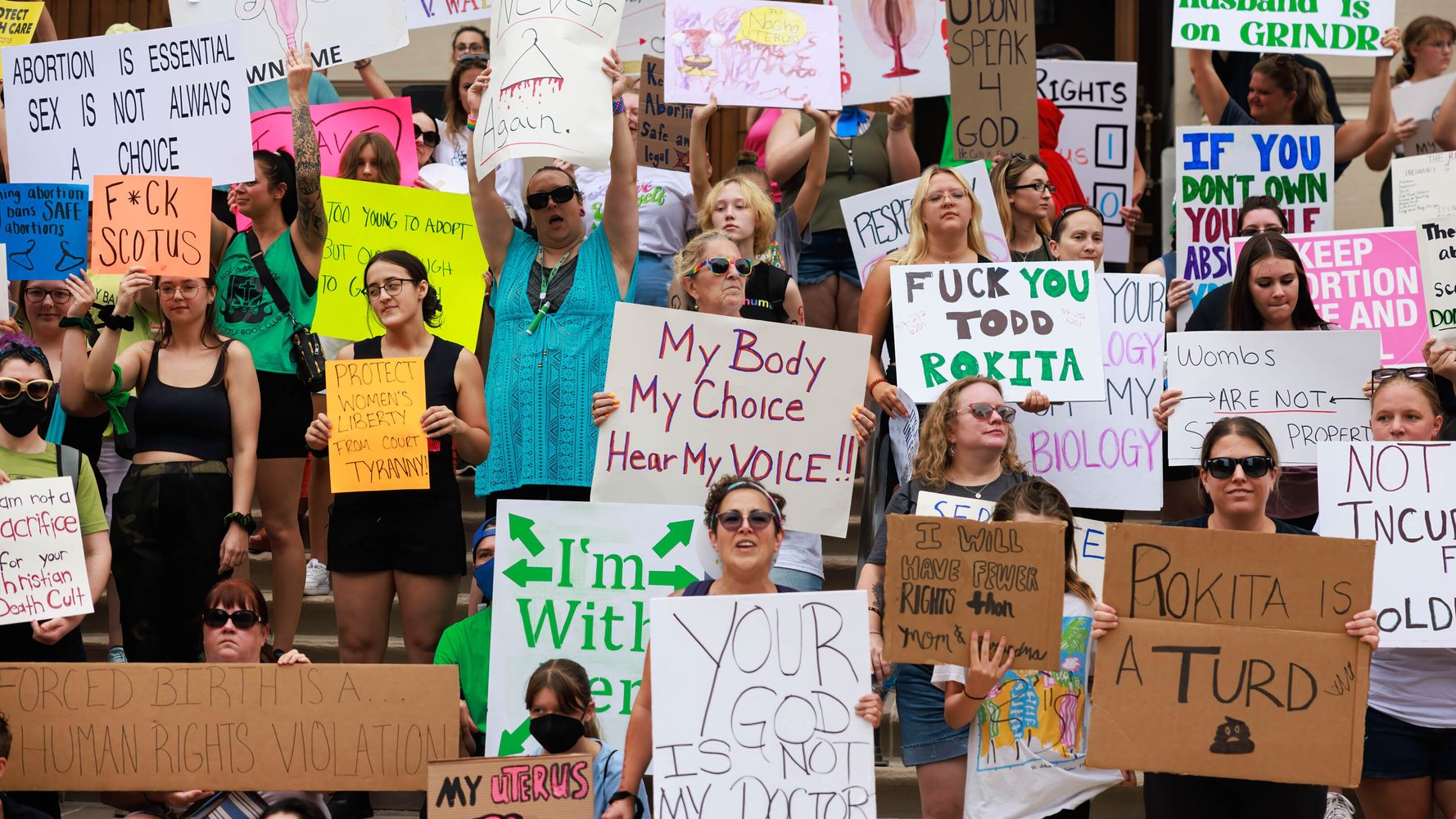 Indiana’s Republican-controlled legislature passed a bill Friday that bans abortion at every stage of pregnancy with very few exceptions.

The measure passed the state House on Friday afternoon in a 62-38 vote, with nine Republicans voting against it. Late Friday night, the state Senate followed up with a 28-19 vote.

It now heads to the desk of Republican Gov. Eric Holcomb, who has not yet indicated whether he will sign it, although he has said he is “pro-life.” If he does, it will take effect on Sept. 15. But even if he decides to veto it, the legislation could still become law if lawmakers in both chambers override him in a majority vote.

“We have an opportunity to make progress in protecting the sanctity of life, and that’s exactly what we will do,” Holcomb tweeted after the US Supreme Court overturned federal protection of abortion rights in June.

The state is the first in the nation to pass new anti-abortion legislation since the Supreme Court decision. The statehouse has been filled with protesters as the lawmakers debated during the special session.

Indiana has seven abortion clinics that serve roughly 1.3 million women of reproductive age in the state ― although, since the Supreme Court overturned Roe v. Wade, many more people seeking abortions have been coming to the state from elsewhere.

Indiana made national headlines recently when a 10-year-old girl in Ohio traveled to the state to seek an abortion. She had been raped repeatedly and became pregnant. But she could no longer get an abortion in her own state, because Ohio ― like a number of other states ― immediately enacted restrictive laws banning most abortions.

Indiana’s bill does allow for abortions in cases of rape and incest, which were included over the objections of some Republican lawmakers.

But the fact that those exceptions exist should not make the bill seem any less extreme.

Although abortions stemming from rape and incest are often some of the most tragic circumstances, they are a very small percentage of overall abortions. Focusing on these two categories can provide cover for states that do have bans with these exceptions.

And even when these exceptions exist, it is often incredibly difficult for pregnant people to meet the standards required to qualify.

The Indiana legislature’s swift passage of this near-total ban on abortions comes just after voters in the conservative state of Kansas decisively rejected an amendment that would have removed protections for abortion access from the state constitution.

“The extremist lawmakers who forced this bill through a special session clearly could not care less about what their constituents want or need,” NARAL Pro-Choice America President Mini Timmaraju said. “It’s appalling that they’re going to these lengths to block people from accessing abortion care, and they should be ashamed of themselves. Governor Holcomb has a chance to veto this legislation and protect reproductive freedom for millions of Hoosiers — he should take it.”