In Messi’s hometown, hope builds ahead of World Cup final 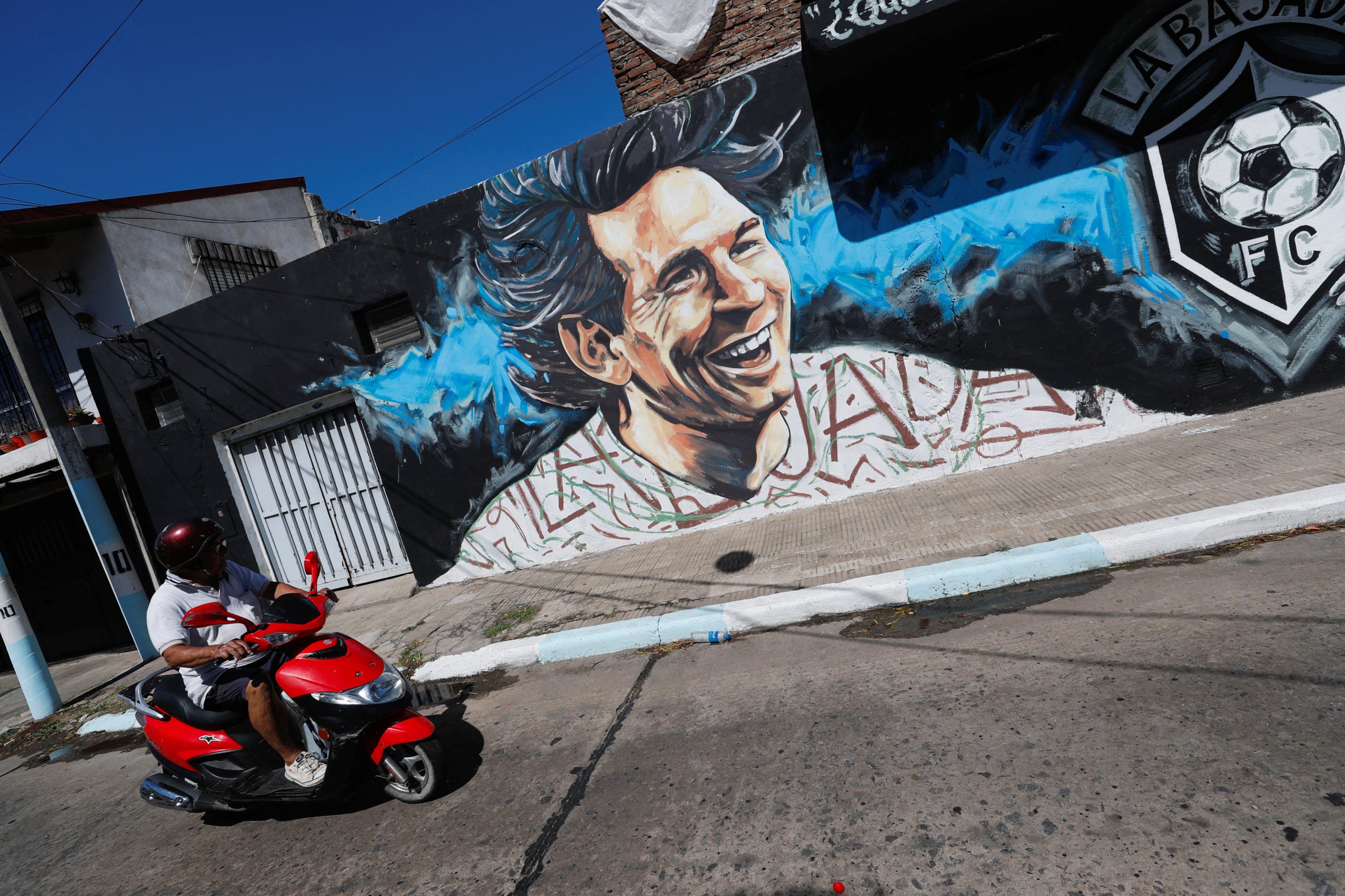 A man drives a motorbike past a mural depicting Argentine soccer star Lionel Messi a few blocks away from the home where he was born, in Rosario, Argentina December 15, 2022. (REUTERS)

ROSARIO, Argentina  – In Rosario, the Argentine city where Lionel Messi grew up, hope and excitement are rising that their hometown star can guide the country to a first soccer World Cup since 1986, repeating a trick by one Diego Maradona 36 years ago.

Some 300 kilometers (186 miles) north of Buenos Aires, on the western bank of the mighty Paraná River, the farm hub city is where Messi grew up and first kicked a ball. His image is everywhere, adorning the sides of buildings.

In the nearby town of Serodino, a huge 12 by 18 meter (40 by 60 ft) Messi No. 10 jersey flutters in the air above the streets, put up in tribute to Argentina, who will play France in a showpiece final on Sunday in Qatar.

“It gives me goosebumps,” said Juan Pío Drovetta, mayor of Serodino, adding that “La Scaloneta” – as the team are called in a nod to the coach, Lionel Scaloni – were fighting hard for victory.

“Behind this there is work, there is heart, there are fists, there is blood,” he said.

Sunday’s match will be the second World Cup final for 35-year-old Messi, who will be seeking revenge after losing 1-0 to Germany in the 2014 final in Brazil.

“We’re going to win, that’s how it is. Because of how up for it these guys are, because of the way they treat each other,” said Juan Ibáñez Moroni, father of Pedro Ibáñez, 8, who plays in the youth team at Newell’s Old Boys, Messi’s old club.

“Apart from doing it for Argentina, they are going to do it for him (Messi) too. He needs it and will end up setting all the records,” he predicted.

In Rosario, there’s almost a Messi madness. “From another galaxy and from my neighborhood,” reads one huge one mural, painted near the house where Messi was born.

“He was a super fun and unaffected child, his life was more than anything spent with a football, playing with all the boys,” said Alejandra Ferreyra, showing photos of her mother and daughter with a teenage Messi.

“The truth is that he deserves the best in life, because he is a beautiful little person, he is a born leader and he is going to make us all happy. We are already champions.”