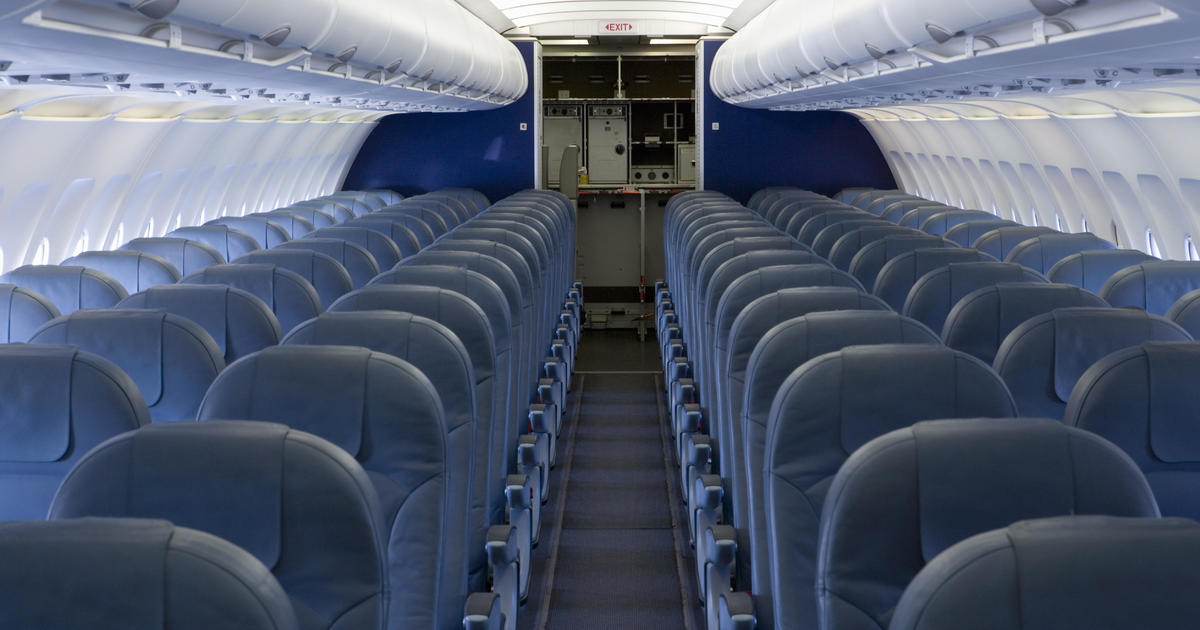 Matt Luptak was flying with his 11-year-old daughter Sophia when her eyes started swelling and her airway began to close.

“I knew an EpiPen was what I needed,” Luptak said. “The flight attendant tells me, ‘We don’t have those.'”

Commercial airlines are required by the Federal Aviation Administration to carry emergency medical kits, which include epinephrine to treat allergic reactions. But they aren’t required to have it in pre-measured doses that are easy to administer using a device like an EpiPen.

“All I kept thinking of is, I am going to lose my daughter,” Luptak said.

Luckily, a doctor on board was able to measure the correct pediatric dose of epinephrine from the kit and Sophia survived.

“I would never want another parent to go through that feeling of this could be it,” Luptak said.

According to a 2019 report from the Centers for Disease Control and Prevention, about one out of every 600 flights has an in-flight medical emergency. Less than 10% of these inflight emergencies require flight diversions.

In 2019, the Aerospace Medical Association, which advises the FAA, and the American Academy of Pediatrics recommended the kits carry additional items, including electronic blood pressure cuffs, auto-injectors for epinephrine, pediatric doses of epinephrine, antihistamines and pain relievers.

“These are very small changes that could make the difference in the life and death in the child,” said Dr. Brian Moore, who advised on the recommendations.

The FAA told CBS News it is “currently reviewing the emergency medical kit requirements” and that “making changes would require a rulemaking process.”

CBS News reached out to seven major U.S. airlines and they all said their medical kits comply with FAA requirements. The seven airlines all said passenger safety is their top priority and flight attendants are also trained to handle medical emergencies.

What each airline said about their onboard emergency medical kits:

Alaska Airlines said its kits include “dozens and dozens of medications, types of medical equipment, bandages and dressings,” as well as “standard items” that might be in at-home emergency medical kits. Its kits also include auto-injectors for epinephrine, atropine, dextrose, epinephrine and lidocaine.

American Airlines said its kits “contain supplies that are above and beyond what’s required by the FAA.”

Delta Air Lines said its kits “exceed the minimum required items” required by the FAA and its kits include atropine, dextrose, epinephrine and lidocaine. It said its kits do not include auto-injectors for epinephrine, but do have a vial of epinephrine and a syringe. “This summer, we began adding higher-quality diagnostic tools on all aircraft, including automated blood pressure cuffs, medical-grade stethoscopes and pulse oximeters and a temporal thermometer,” the airline said.

JetBlue said its kits “exceed FAA requirements and include an epinephrine auto-injector.” “JetBlue makes every effort (with our business partner) to stock all medications, despite waivers for certain medications in place due to worldwide shortages,” the airline said.

Southwest Airlines said each aircraft has “a comprehensive on-board medical kit. We adhere to all Federal Aviation Administration guidance related to required medications.”

United Airlines said its kits “have provisions above and beyond the federal requirements.”

Omar Villafranca is a CBS News correspondent based in Dallas.