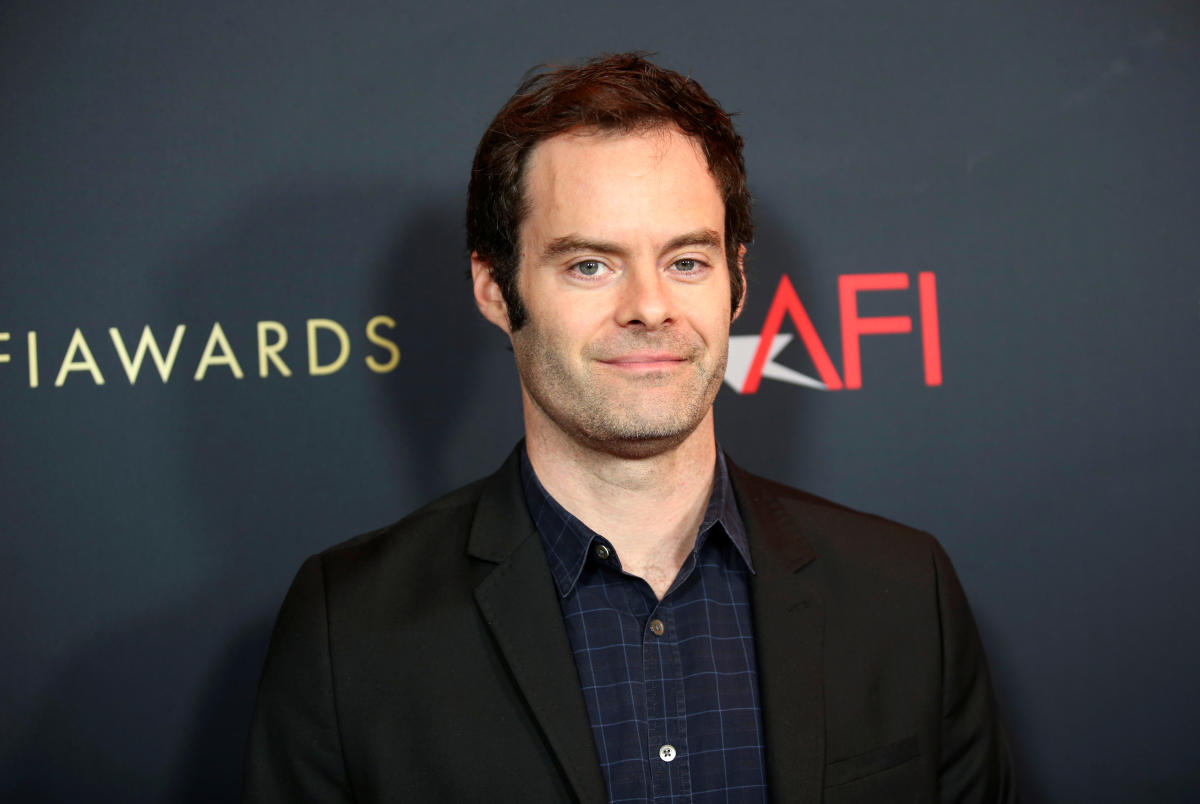 Bill Hader may have appeared confident during his tenure on Saturday Night Livebut the reality he was far from it.

In a candid interview with The Hollywood Reporterthe Barry star, 43, opened up about experiencing debilitating anxiety his entire life and the strategies he developed to help ease the burden.

“Anxiety is always fighting those voices in your head saying, ‘Here’s all the bad things that are going to happen,'” Hader, who starred on SNL from 2005 to 2013, explained.

“The live aspect of SNL – I’m just not built for it, “he said.” Before shows, I would go into a bathroom that was way down this hall, go into a stall and have a full-blown panic attack, crying, the whole thing. And then I go and get in a giant banana costume. This voice would come on in my head of like, ‘You f ****** a ** hole, do you know how many people would kill for this? Dude, get your shit together, come on. ‘”

The Tulsa, Okla. native, who described himself as a “spazzy” kid growing up, explained that adults would often resort to calling him “overdramatic” instead of taking his anxiety seriously.

“‘Yeah, maybe I am [overdramatic]'”he remembered thinking at the time.” But it’s very real in your head. “

Still, he was able to gather coping mechanisms along the way – including sugar. In fact, one night while working on SNL he recalled eating a coffeecake with his bare hands in the aisle of a grocery store not far from 30 Rock, where the show is taped.

“And then the shame of bringing the empty box up to the cashier and him being like, ‘Dude,'” he said. “And I was like, ‘Yeah, man.’ I’ve walked to Vons at midnight with a spoon in my pocket because I know I’m going to buy ice cream and I’m going to eat it on the way back. The minute it’s mine, I’m eating this s *** and I’ll probably finish it before I get back home. And it just makes me feel like a piece of s ***. But, yeah, that’s my stress thing. “

With the onset of the pandemic in March 2020, the third season of Barry halted production. Hader, who has an autoimmune condition, nearly never left home until he was fully vaccinated in spring 2021.

When the show began to start filming again under pandemic protocols, it added more layers to his anxiety.

Hader, who shares three children with his ex-wife Maggie Carey, says he is also worried about the effect the pandemic would have on his kids. Turns out, they kept him calm.

“Maggie and I were just trying to keep them calm. And then, weirdly, it was the other way around,” he said.

This is not the first time Hader has opened up about experiencing anxiety during his SNL years.

During a virtual appearance at the USC Comedy Festival in 2021, he shared a particularly “weird” moment that would happen to him while performing live.

“[Sometimes] I would not hear anything except the rafters; like, the lights above us, “he said.” There were technicians walking above us, so I would be doing a [Weekend Update] feature, and while doing it, I’m just sweating. I became convinced something was going to fall on me, and got in my head, and that got annoying [to others on the show]. “

“Even when I go back, I kind of have a mental breakdown,” he continued. “I remember last time I hosted, Lorne Michaels came into my dressing room and was like, ‘Can you just have a good time?'”

Want lifestyle and wellness news delivered to your inbox? Sign up here for Yahoo Life’s newsletter.