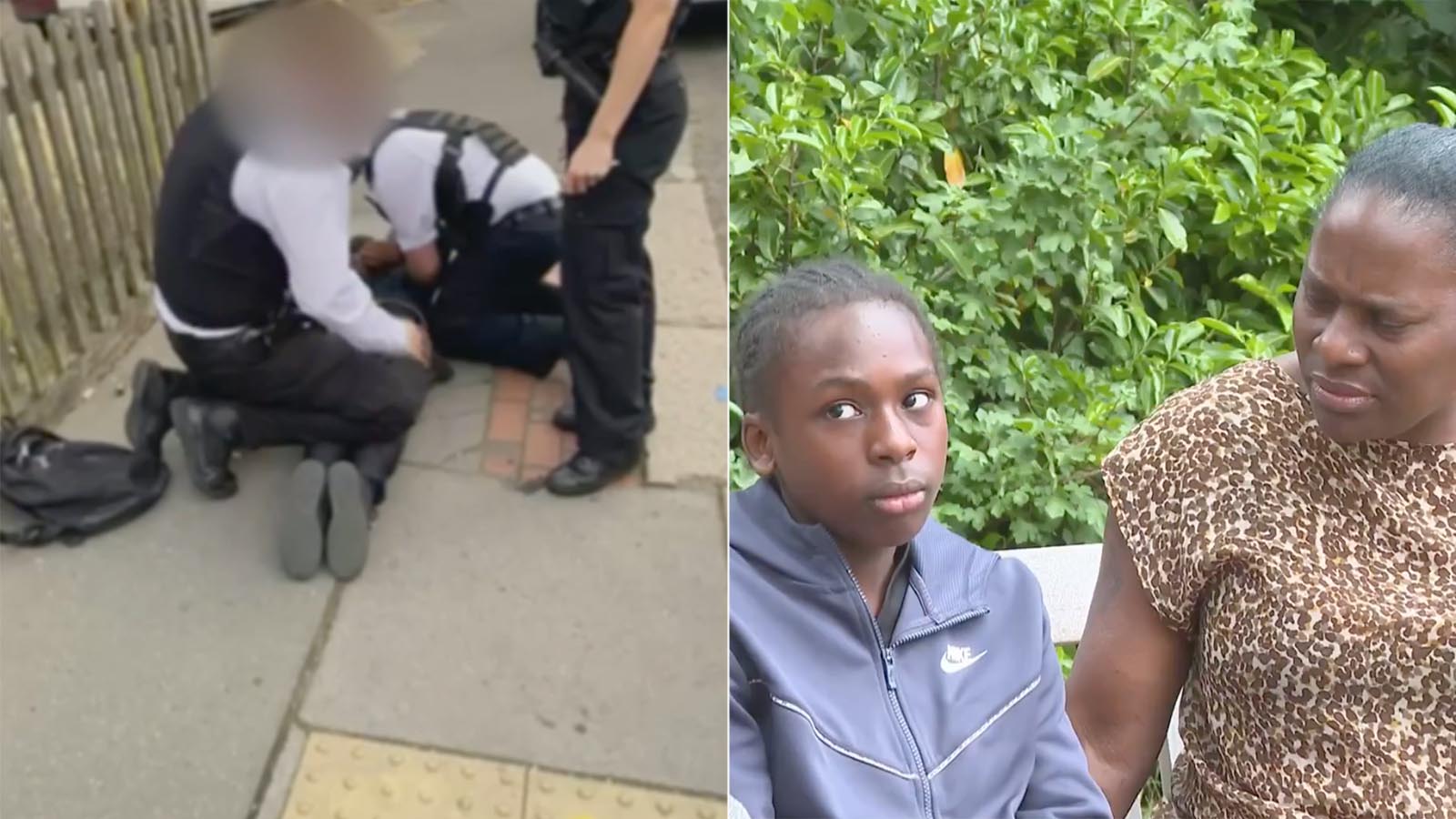 The mother of a 14-year-old Black boy who was thrown to the floor and handcuffed by a group of police officers on his way home from school in a case of mistaken identity feared her asthmatic son would be the next George Floyd, and be killed while being restrained by the police.

De-shaun Joseph was stopped by police in south London on Thursday after officers said he matched the description of a suspect in a nearby robbery.

The officers, who were looking for a Black youth in a blue hoodie, handcuffed De-shaunwho was wearing a gray top over his school uniform, and forced him face-down to the ground outside Blackhorse Road tram station in Croydon.

As officers restrained the child, with one kneeling on his legs and another holding his hands behind his back, concerned passersby stopped to film the incident and question the police’s treatment.

De-shaunwho suffers from asthma, shouted out his mum’s phone number to a woman who was watching the incident, and she called Janet Joseph, who ran to the scene.

When she arrived her son was handcuffed on the floor and she says she was “worried my son would be the next George Floyd”.

“I was upset and scared,” De-shaun told ITV News in an interview alongside his mother. “I thought I was going to die.”

He added: “I was curious because I have not done anything wrong and they just stopped me for no reason.”

Officers had snatched his phone, put him in handcuffs and pinned him against the wall with no explanation, De-shaun told ITV News.

Doctors say De-shaun has suffered bruising to his back. As well as physical injury, he has been left feeling mentally traumatized by the incident.

“It’s the same old story – every Black boy fits the description,” Ms Joseph said. “There’s no excuse for what they did to my son and the excessive force they used on a 14-year-old Black boy.”

Officers later released him without arrest, after admitting he was the wrong person.

The police said that after an initial review of the incident, including body-worn camera, has been conducted by the Met’s Directorate of Professional Standards and “no misconduct is apparent”.

A statement from the force added: “However, a public complaint has been made and will be thoroughly investigated by the professional standards unit.”

Want a quick and expert briefing on the biggest news stories? Listen to our latest podcasts to find out What You Need To Know …