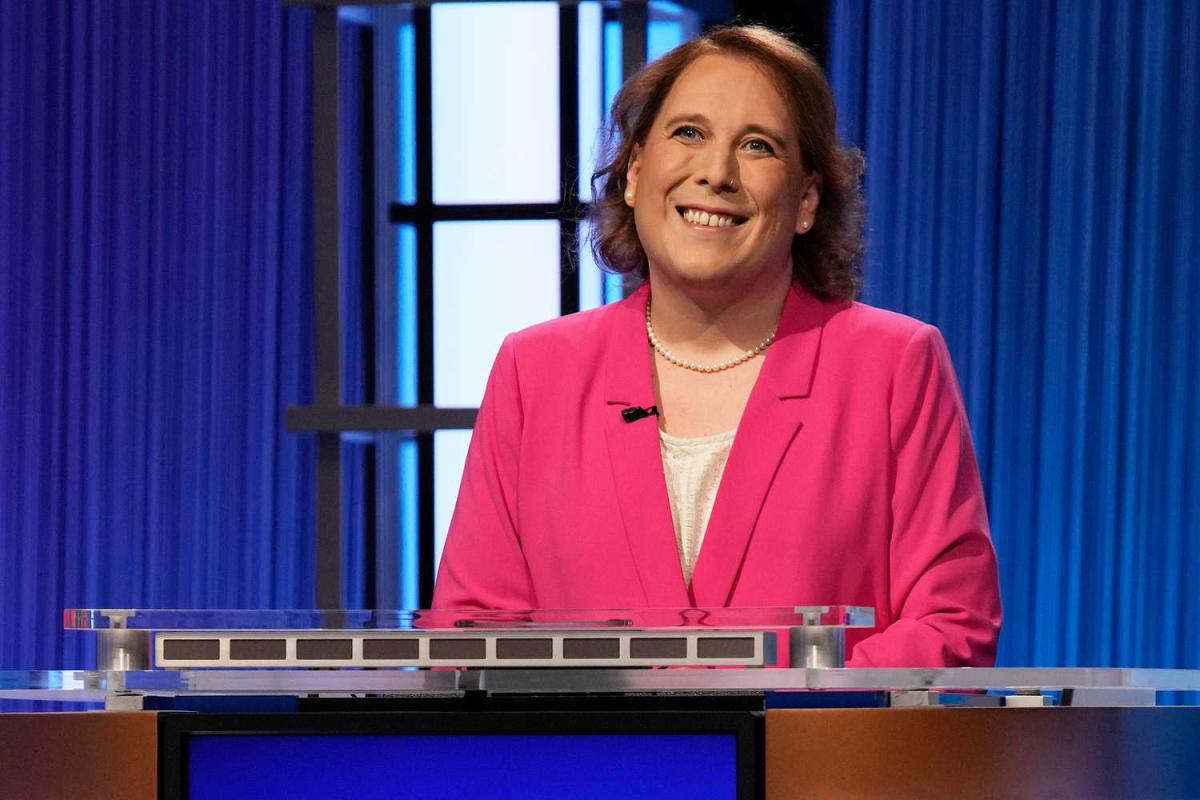 Amy Schneider is engaged to her girlfriend Genevieve Davis!

On Thursday, the Jeopardy! champion, 42, announced her engagement on Twitter, along with a photo of their rings. The couple lives together in Oakland, California.

“I have an announcement: Genevieve is no longer my girlfriend… she’s my fiancée !!! I could not be happier or more proud to spend my life with the very best person in the entire world,” Schneider tweeted.

During her time competing on Jeopardy!, Schneider became the most successful female contender in the show’s history and the first woman to surpass $ 1 million in earnings. She is also the first transgender contestant to compete on Jeopardy!‘s Tournament of Champions.

On the show, Schneider often wore a pearl necklace, which was gifted to her by Davis on Schneider’s first birthday after they began dating. “[Being on Jeopardy!] was the first significant time I’d spent apart from her since we’d started dating. And so having that was just a nice, just sort of comforting reminder that, that she was at home waiting for me, “the contestant told USA Today.

Schneider’s streak came to an end in January after 40 consecutive games and winnings totaling $ 1,382,800. (Schneider is also now the fourth-highest earner in regular season play, after Ken Jennings, James Holzhauer and Matt Amodio.)

RELATED: The Celebrity Engagements of 2022

Schneider previously told PEOPLE that it’s been “really great” to represent the trans community on the show.

“I had had feelings, kind of a little bit, of almost guilt at just sort of how easy it’s generally been for me, the path of being a trans woman. It’s easy because of the work and sacrifice that so many people before me made , “she explained. “There was sort of a little bit of a feeling of guilt about just sort of reaping all the benefits of that without feeling like I was giving much back.”

Schneider added, “To be making an impact now and to be giving something back without trying, with just doing something I was planning to do anyway, is really great.”

She also said she hoped to travel abroad and enjoy her winnings with her now-fiancée.

“We’re going to take a trip to Ireland and we’re thinking about where else we might go with it,” she said. “And buying some fancy designer clothes I think is definitely, definitely on the list.”

Schneider will return for the show’s Tournament of Champions this fall.