How to Become the Ultimate Football Fan: Tips and Tricks 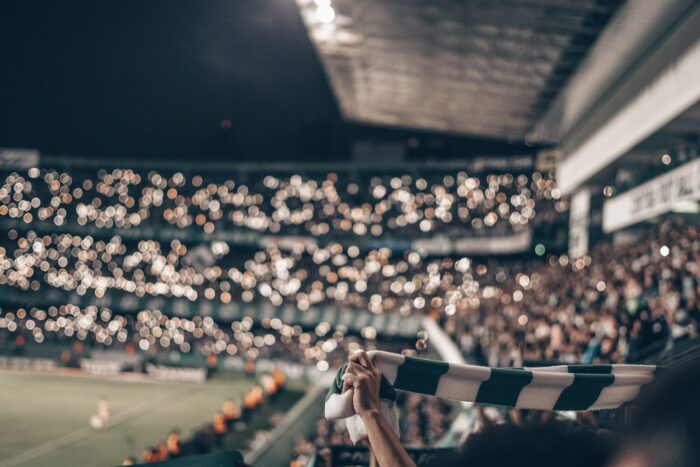 It’s a great time to be a football fan.

World Cup fever is here, big players like Erling Haaland and Kylian Mbappé are dominating their respective leagues, and the sport as a whole has become more accessible than ever before. Non-football fans don’t know what they’re missing out on!

So, whether you’ve been watching football for decades or have just recently been introduced to it, you’ll likely want to take your experience to a new level and become the ultimate football fan. The good news is that (with the help of the tips and tricks in this guide) you can!

Grab a notepad, and let’s dive into the details below.

In the footballing world, there is a selection of leagues that are more popular and dominant than others. These leagues include:

The more action you watch from different leagues, the better. This is because it’s a great way to grow your footballing knowledge surrounding different teams, players, and managers.

For example, if you regularly watch Pep Guardiola’s Manchester City in the Premier League, it allows you to learn a lot about attacking football, principles, and the 433 formation. Plus, it’s an opportunity to watch Kevin De Bruyne (one of football’s best assistants) link up with Erling Haaland (one of football’s best finishers) every week.

Whichever team (or teams) you support, it’s a good idea to subscribe to fan channels on YouTube.

Fan channels are a great way to interact with fellow fans and keep yourself at the heart of the community.

For example, AFTV (Arsenal Fan TV) is the biggest and most popular fan channel in the UK. From live match watchalongs to post-match interviews with fans, the content is a lot of fun and a must-watch.

Over the years, there have been some truly great football documentaries released.

Whenever you get the opportunity, it’s recommended that you binge-watch as many football documentaries on Netflix and YouTube as possible. You’ll learn so much about the incredible game and how it has defined modern culture for decades.

No one can claim to be a true football fan unless they play FIFA: it’s a fact!

FIFA 23 is the latest game in the franchise and is available to play on PlayStation 5, XBOX Series X/S, Nintendo Switch, and PC.

On FIFA, you can take your gaming skills to new heights while competing against other players from all around the world.

‘Ultimate Team’ is widely regarded as the best game mode on FIFA, as it enables people to build and develop their own teams and styles. Then, every weekend, you can play in the ‘FUT Weekend League.’ This is when you play a total of 20 games to try and win prizes and be the best player. It’s incredibly competitive, though, so prepare yourself for it!

Fantasy Football is a big part of the modern football fan experience.

The way it works is simple: each week, you select your own team of players from a certain league (e.g., the Premier League). You will then earn points based on how these players perform in their weekend games.

For example, if the attacking players in your line-up score a lot of goals and get assists, then you’ll gain plenty of points and move up the rankings. Similarly, if your defenders get clean sheets, you’ll receive even more points.

Fantasy Premier League is regarded as one of the best fantasy football platforms to use, so don’t hesitate to get started with it. Plus, you can even make private leagues with your friends to compete against each other!

Many diehard football fans like to collect football shirts as a hobby, from new to retro.

It’s an incredibly fun hobby to have, as you can wear your shirts for different games or frame them on your wall – whichever you prefer.

If, for example, you’re a huge Manchester United fan, then you might want to try and collect each home kit dating back to the 1980s.

Watch a Game at the Camp Nou

The Camp Nou (now known as the Spotify Camp Nou) is one of the most iconic football stadiums of all time. Some people even regard it as number one.

If you didn’t know already, Camp Nou is Barcelona’s home stadium. Here, they’re playing a host of La Liga and Europa League games this season – and it’s highly recommended that you go and watch one.

In addition to Barcelona’s Camp Nou, it’s also recommended that you visit the following stadiums if you get the opportunity:

In Europe, when competitions like the Champions League and Europa League are taking place, it’s the perfect excuse to fly to nearby countries to watch games at the biggest and best stadiums. This is something that many football fans do each season.

Of course, there’s no stadium quite like Barcelona’s home, though. If you’d like to experience watching the legendary team play at their home grounds, you can buy tickets for Barcelona matchesusing specialist sites like https://www.p1travel.com/organizer/fc-barcelona-tickets/.

After doing so, you can join the illustrious club of people who can proudly say they’ve seen Barcelona play in person at the Camp Nou. It’s something that not many football fans can boast about!

If you’re searching for ways to become the ultimate football fan, look no further than the tips and tricks discussed above. By following each of them, you can become the football fan you were born to be. Good luck!

A rogue wave caused a cruise ship tragedy. They occur more often than you think.