How did Ozempic and Wegovy get so popular for weight loss? 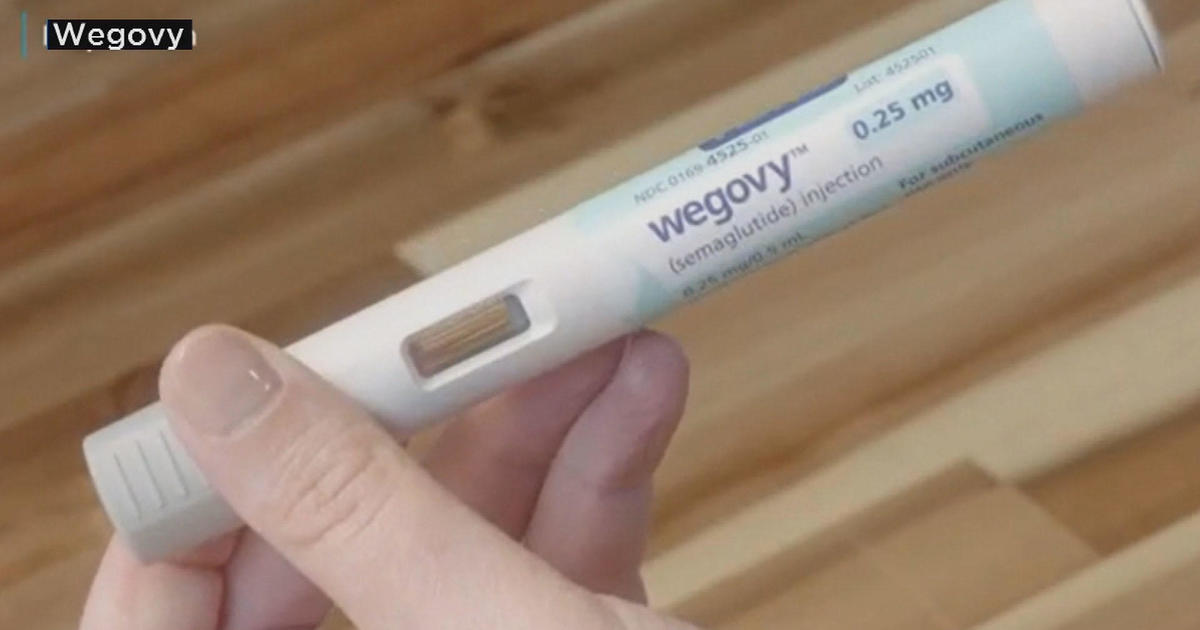 Drugs that cause weight loss like Ozempic and Wegovy are seemingly everywhere — discussed on podcasts, speculated on by celeb followers, whispered about at dinner parties. And a shortage of the drugs has fueled further speculation about who is getting them as they have exploded in popularity.

These types of drugs — semaglutide, which is sold under the brand names Ozempic and Wegovy, along with tirzepatide, sold as Mounjaro, and liraglutide, known as Saxenda  — all function in a similar way. And they’re highly effective: One doctor told CBS News these drugs can help people lose about 15% of their body weight – more than previous generations of weight loss drugs.

For people struggling with their weight — 73.6% of adults in the U.S. over the age of 20 are considered either overweight or obese — they can seem like a miracle drug. Here’s what doctors have to say about them.

Who are they for and how do they work?

Semaglutide drugs work by imitating a gut hormone called GLP1, or glucagon-like peptide hormone, that “makes that gut hormone work better to enhance communication between the gut and the brain and make us feel fuller and also help with reducing appetite,” said Dr. Amanda Velazquez, who works at Cedars-Sinai Center for Weight Management and Metabolic Health in Los Angeles. “Overall it’s telling the body it’s okay to be at a lower set point.”

Ozempic and Mounjaro, which has a slightly different mechanism, are FDA approved to treat type 2 diabetes while Saxenda and Wegovy are FDA approved for weight loss. And insurance companies typically look for certain criteria before they will approve payment for one of these drugs.

Velazquez says she would prescribe these drugs to patients who have a BMI between 27 and 30 – classified as overweight – plus, have a weight-related medical condition, such as diabetes, high blood pressure or sleep apnea.

Or, patients with a BMI of 30 or greater – classified as obese – would qualify for a weightloss drug, she said

But these drugs can have side effects, including nausea and constipation. Some speculate that these are contributing factors to weight loss, but Velazquez said “that’s not the mission of the drug.”

“The goal is not to make someone not eat,” she told CBS News. “The goal is to help someone be able to navigate and manage what they’re eating to have healthier choices and feel fuller with those options.”

Velazquez says patients should also be practicing a healthy lifestyle in conjunction with the drugs.

Dr. Holly Lofton, who specializes in obesity medicine at NYU Langone, said she prescribes these drugs to people who are not technically obese or overweight. overweight or have obesity — a practice known as off-label prescribing.

“We still follow the patients and make sure they have a lifestyle plan and we follow up,” she said. “It’s not that we’re giving it to them and saying, ‘Good luck on your own.'”

Lofton said she would not give a patient with a normal BMI Ozempic or Wegovy because the drugs could put them in a sub-optimal weight. But in addition to BMI, she also considered factors like race and comorbidities.

“Say there was a patient with Asian ethnicity and their BMI is 25 – that BMI is technically overweight in an Asian patient – and they have fatty liver. That patient qualifies in my mind because they are not only overweight as a diagnosis, they have a comorbidity, even if the guidelines don’t state that,” she said.

Velazquez said it is not yet known how the drugs would effect people who are not considered overweight or obese, because the drugs were not tested in those patients.

How effective are they?

Velazquez said the main driver of demand is that these drugs are highly effective. “That’s what has really caught attention and interest,” she said. “Providers are more interested in trying this because they can see greater changes in their patients’ health, there’s more demand because they can see the benefit of it.”

Dr. Alex Foxman of Achieve Health and Weight Loss, a Beverly Hills medical practice that specializes in weight loss programs, has seen first hand how effective these drugs can be – because he both prescribes them and has also used them himself.

“I’m 51 years old. A year ago, I was 190 lbs, which puts me at a body mass index of 27, which is just overweight,” he said, adding that he had trouble keeping his weight down, despite trying to diet and exercise. “I got on semaglutide a year ago and in three and a half months, I lost 30 pounds.”

“It was probably one of the most effective and amazing experiences I had as a physician or as a person,” he said. “It decreased my appetite; I felt full faster. There are some side effects, but all in all I maintained a healthy program, I exercised and I continued to do that and I’ve been able to maintain my weight now for seven months.”

Foxman said because obesity is not just a medical problem, but a vanity problem, people may turn to these drugs looking for a “quick fix.” “This is not a quick fix,” he said. “These medications are a tool. And it has to be used as a tool with other programs and services that are medically supervised for it to be successful.”

Velazquez said as an obesity medicine specialist, she prescribes these drugs “day in and day out.”

Velazquez believes patients shouldn’t have to “prove” themselves by trying to diet and exercise before being prescribed a weight loss drug. “The same way if someone came in with diabetes. You’re not going to have them prove to you that they’re cutting back on carbohydrates before giving them medicine, when their sugars are out of control.”

What about patients who aren’t obese or don’t have diabetes?

Foxman said that sometimes doctors, including himself, practice whats known as off-label prescribing.

“The vast majority right now of patients who are coming to see us wouldn’t be considered morbidly obese or obese, many of them do not have diabetes. Many of them are either overwieght, or are struggling to keep their weight to the point where they need to,” Foxman told CBS News.

Foxman said patients who have diabetes will likely be approved by insurance to get Ozempic. “But those who do not qualify for that, we have a very frank conversation. We explain to them we will not lie or deceive the insurance company or medicare about their health, so if they don’t have diabetes, we write that. And if they’re not approved, it’s going to cost them $1,300 or $1,000 a month for the medication.”

Why are there shortages of these drugs?

The combination of the high demand for these drugs and that some doctors prescribe them off-label has perhaps contributed to another rumor: Wealthy patients who don’t qualify for these drugs are still able to get a prescription and pay out of pocket, thus creating a shortage.

Velazquez said she has heard anecdotally that some doctors are prescribing the drugs to patients who don’t qualify, but can afford them without insurance.

“Nonetheless, I think there’s multiple factors as to why there’s such a high demand,” she said. “Although, yes some of these people are potentially getting it who are not meeting criteria, that’s a minority of patients.”

The same drug company makes Ozempic and Wegovy, but Ozempic is approved for diabetes and helps people lose weight, whereas Wegovy is a higher dose, and is approved for just weight loss. When a shortage of Wegovy began, providers started prescribing Ozempic, Lofton said.

But aside from the popularity, supply chain issues also contributed to the shortage, according to Velazquez. “The demand exceeded the expectations any of these drug manufacturers could’ve imagined.”

She said people who seek out these drugs should do so from a doctor — not, as she’s heard, a med spa or hair salon. “These should be prescribed by a physician who decided, one, you’re a candidate and that two, if you have a side effect, you could be treated.”

Still, there are things to consider before asking your doctor about a prescription — and for doctors to think about before prescribing them.

Foxman said these drugs are very powerful and patient use must be monitored by doctors. “The problem is, many doctors don’t understand these medications and are being pressured by their patients to prescribe these medications,” he said. “They’re prescribing them with no regard to putting in the proper things on the forms, and I think what you’re going to start seeing is a lot of doctors being reprimanded, losing their licenses and other things, if they’re not careful.”

“Patients who think they can just inject themselves and do well are going to fail,” he said. “And you’re going to find a lot of stories of people getting sick if they inject the wrong dose.”

Caitlin O’Kane is a digital content producer covering trending stories for CBS News and its good news brand, The Uplift.