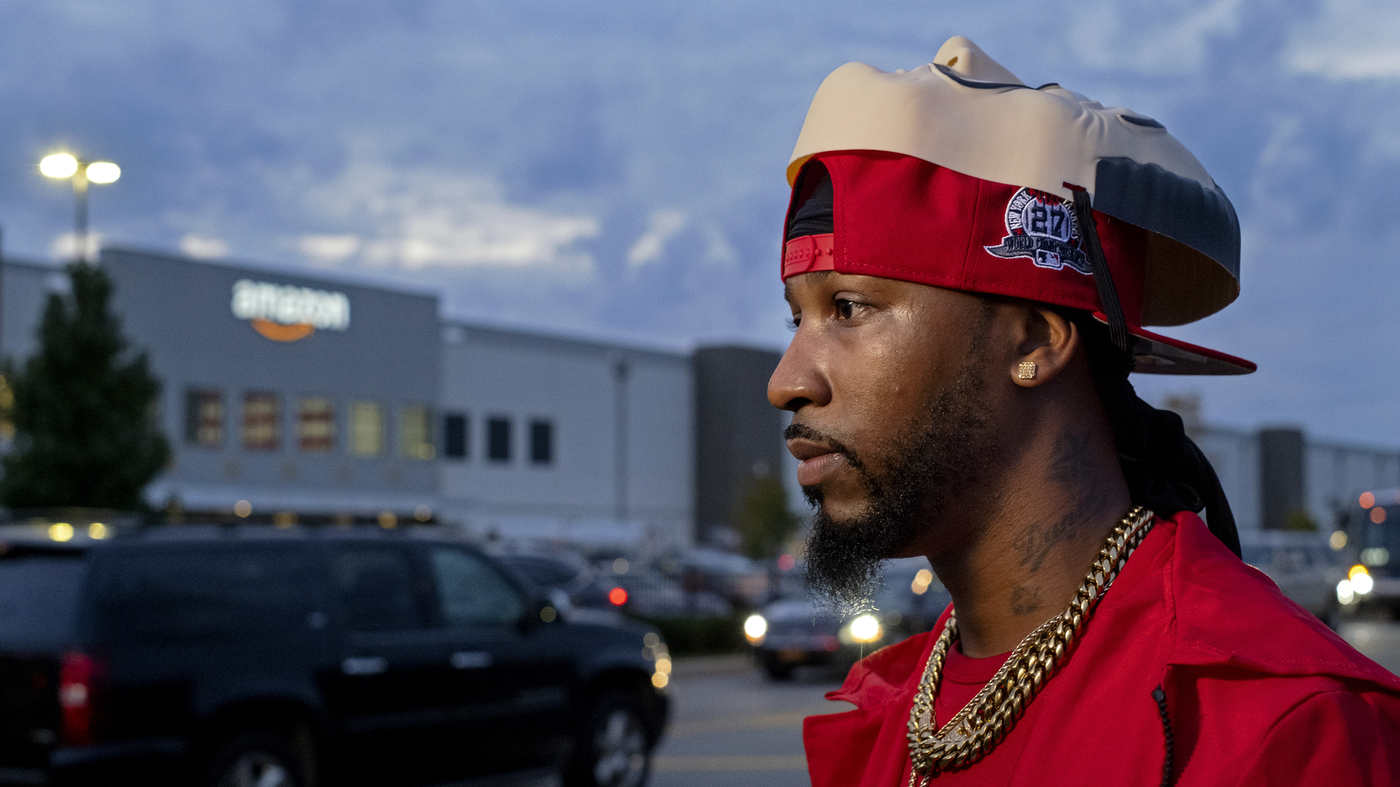 Chris Smalls, president of the Amazon Labor Union, takes part in an interview at the Amazon distribution center in the Staten Island borough of New York on Oct. 25, 2021, after earlier delivering “Authorization of Representation” forms to the National Labor Relations Board in New York.

Chris Smalls, president of the Amazon Labor Union, takes part in an interview at the Amazon distribution center in the Staten Island borough of New York on Oct. 25, 2021, after earlier delivering “Authorization of Representation” forms to the National Labor Relations Board in New York.

“He’s not smart, or articulate.”

Those were the words used by a top Amazon lawyer to describe former warehouse worker Chris Smalls.

Smalls had led a walkout at the start of the pandemic in 2020 to protest working conditions at the Staten Island, NY, warehouse where he worked. He was fired the same day.

The memo that contained those biting words was leaked just a few days later. But the words would stay with Smalls. They became the fuel that would drive him to lead one of the most dramatic and successful grassroots union drives in recent history.

“When I read that memo, that motivated me to start an organization,” said Smalls, celebrating the historic victory of the Amazon Labor Union on Friday, making the warehouse Amazon’s first unionized workplace in the US

Friday’s triumph would come almost two years to the day of his firing.

At the time, Amazon said Smalls had violated quarantine and safety measures. But Smalls said he was fired in retaliation for his activism. The New York attorney general followed with an investigation and sued Amazon for the incident and even sought to get Smalls his job back.

Smalls did not sit still after being fired, and formed the Amazon Labor Union soon after.

Meetings at a bus stop, barbecue and funding through GoFundMe

Smalls had zero union background, nor did he rely on any established labor groups for funding and organizing power.

Instead he raised money for the operation through GoFundMe. Smalls and his co-founder Derrick Palmer – who’s still working at the warehouse – reached out to their coworkers.

The bus stop used by workers became their gathering place. They’d wait there to talk to workers who were heading home from their shifts. They’d have a bonfire going, with s’mores, and get people talking. They invited workers to cookouts.

“We had over 20 some barbecues, giving out food every single week, every single day, whether it was pizza, chicken, pasta,” Smalls said. He even brought home-cooked food from his aunt to some of these gatherings.

Chris Smalls (center), president of the Amazon Labor Union, joins supporters as they march and chant at the Amazon distribution center in Staten Island on Oct. 25, 2021.

Chris Smalls (center), president of the Amazon Labor Union, joins supporters as they march and chant at the Amazon distribution center in Staten Island on Oct. 25, 2021.

They talked to workers about fighting for their rights, about the grueling toll of the job, how you’re on your feet, doing very repetitive, very physically demanding work, for hours. About the breaks that are few and too short.

No one expected this scrappy grassroots campaign to emerge victorious against the behemoth company. Indeed, a first attempt failed. But Smalls persevered, eventually meeting the 30% threshold necessary to hold a vote.

Amazon got Smalls arrested for trespassing

Amazon, meanwhile, spent millions of dollars on labor consultants to fight the union campaigns. The company held mandatory meetings with workers in the warehouse, urging them to vote No.

Amazon even had Smalls and a couple of other organizers arrested for trespassing while they were delivering food and union materials to the warehouse parking lot earlier this year.

Amazon’s argument to workers is that it is already a great place to work, without a union. It offers competitive pay, and generous benefits like health care coverage for full time employees and full tuition for college.

Almost 5,000 workers cast their ballots and the votes to form a union were won by a significant margin – more than 500 votes.

Amazon had wanted to belittle the union drive two years ago, when as part of its PR strategy the company said it would make Smalls “the face of the entire union / organizing movement.”

And that’s exactly what happened. Except today, Smalls has become the face of one of the most successful union drives in recent history.

And Amazon has suffered an embarrassing defeat.

“Amazon does not become Amazon without the people,” Smalls said. “And we make Amazon what it is.”