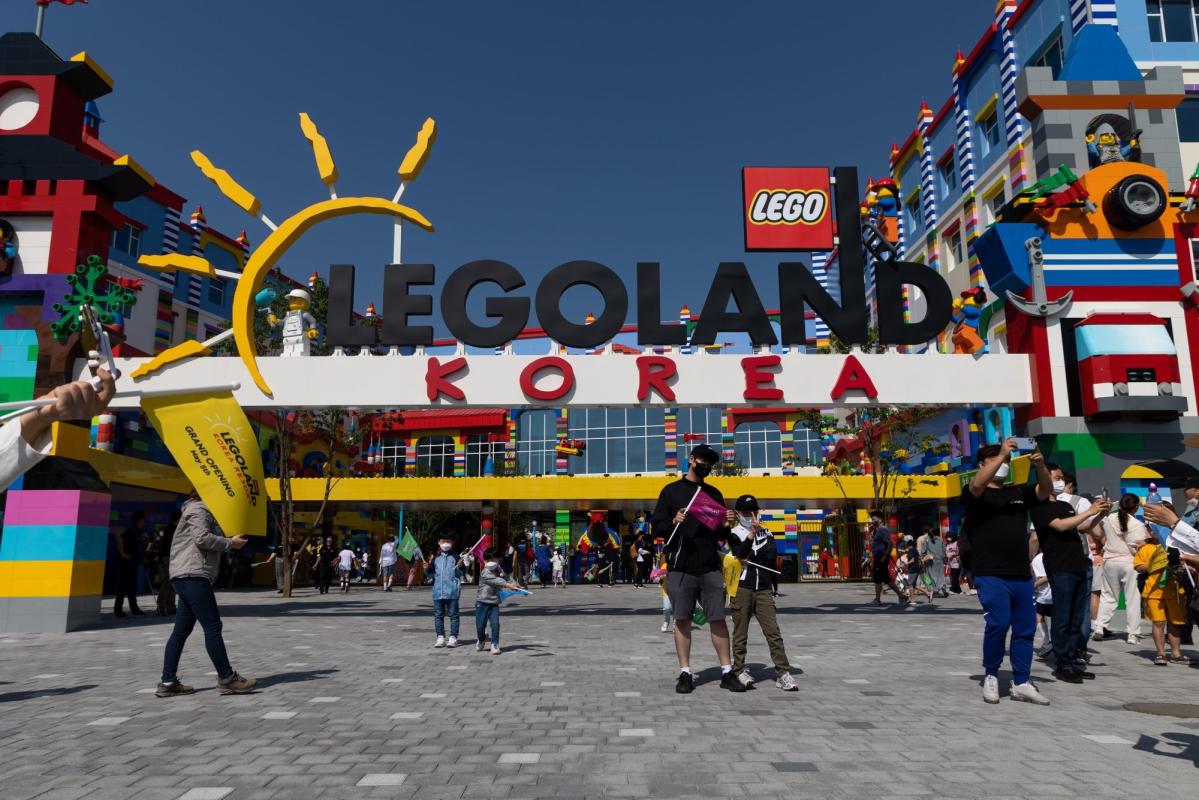 (Bloomberg) — Global central bankers are in a race against the clock to to tame runaway inflation. But push too far, too fast, and markets key to the smooth functioning of the financial system are liable to buckle.

That’s just what happened recently in South Korea, where the credit market experienced its worst run up in short-term yields since the global financial crisis. At the heart of the crisis was a type of short-term debt used to finance the nation’s construction boom. It’s called project finance asset-backed commercial paper, or PF-ABCP.

While the securities aren’t considered an entirely safe bet because they’re linked to the property market, defaults are rare in Korea. The default rate on project finance loans was just 0.5% at the end of June, according to a central bank report.

So when the developer of the Legoland theme park — backed by Gangwon province — missed a payment on PF-ABCP in late September, investors got spooked.

Although Korean officials appear to have ring-fenced the crisis, their travails serve as a cautionary tale to the rest of the world on just how quickly markets can go awry.

Large construction projects are expensive. Rather than pay for them with existing funds, in South Korea a developer will often prefer to borrow the cash.

Developers frequently try to recoup the money they borrow by selling properties even before they get built. But if property prices fall or units go unsold, they’re left in a financial bind.

As a shield in case things go south, sponsors often use a special purpose vehicle (in essence a separate company with no assets other than the project) to raise the money, with repayment tied directly to the proceeds of the development. This is called project financing.

Brokerages typically make loans to developers, and then securitize them and sell them to money-market investors. Such securities are dubbed PF-ABCP. The market is worth an estimated 35 trillion won ($27 billion).

2. How did banks get involved?

Builders were the first big players in the PF-ABCP market. But as the real estate sector grew rapidly, securities firms also entered the business.

Since brokerages make the loans and often sell the debt on to investors, PF-ABCP is a lucrative financing stream that’s grown exponentially in recent years. Income from guaranteeing project finance loans was about 1.5 trillion won at the end of June, accounting for about 42% of brokerages’ total revenue, up from just with 3% in 2017, according to data from KB Securities Co.

Typically, either the brokerage or the builder is the guarantor, though in the case of the Legoland developer, it was the province. According to NICE Investors Service, about 70% of such debt is guaranteed by securities firms, while around 20% has construction firms as the backer.

4. What happened with Legoland Korea?

Gangwon province, the municipality where the theme park is based and which was the guarantor of the securities, missed the repayment of 205 billion won of PF-ABCP in late September.

That happened because newly elected Gangwon Governor Kim Jin-tae refused to honor the debt, a deal struck under his predecessor and political opponent.

The municipality’s decision shocked money market investors already under pressure from rising interest rates and sent yields on short-term debt to their highest since the global financial crisis.

The case offers a lesson for the world that “one small mistake can jeopardize the whole economy,” Bank of Korea Governor Rhee Chang-yong told Bloomberg in late November.

In response to the market upheaval, officials in Gangwon province later reversed course and said they would repay the debt for the Legoland Korea project by Dec. 15.

5. What other risks are there?

One inherent problem is that there’s a maturity mismatch between the underlying assets of project finance loans, which typically have a three-year tenor, and those of commercial paper, usually issued every three months.

That’s meant refinancing risks have risen in tandem with the Bank of Korea’s aggressive interest rate increases. The big worry would be a spillover to corporate bonds more broadly.

“This would have repercussions for borrowers with large rollover needs or maturing debts, which will now face higher refinancing costs,” said Anushka Shah, a senior credit officer at Moody’s Investors Service. “System-wide corporate leverage, while abating, is high.”

–With assistance from Ritsuko Ando.

Great last-minute gifts you can print or email