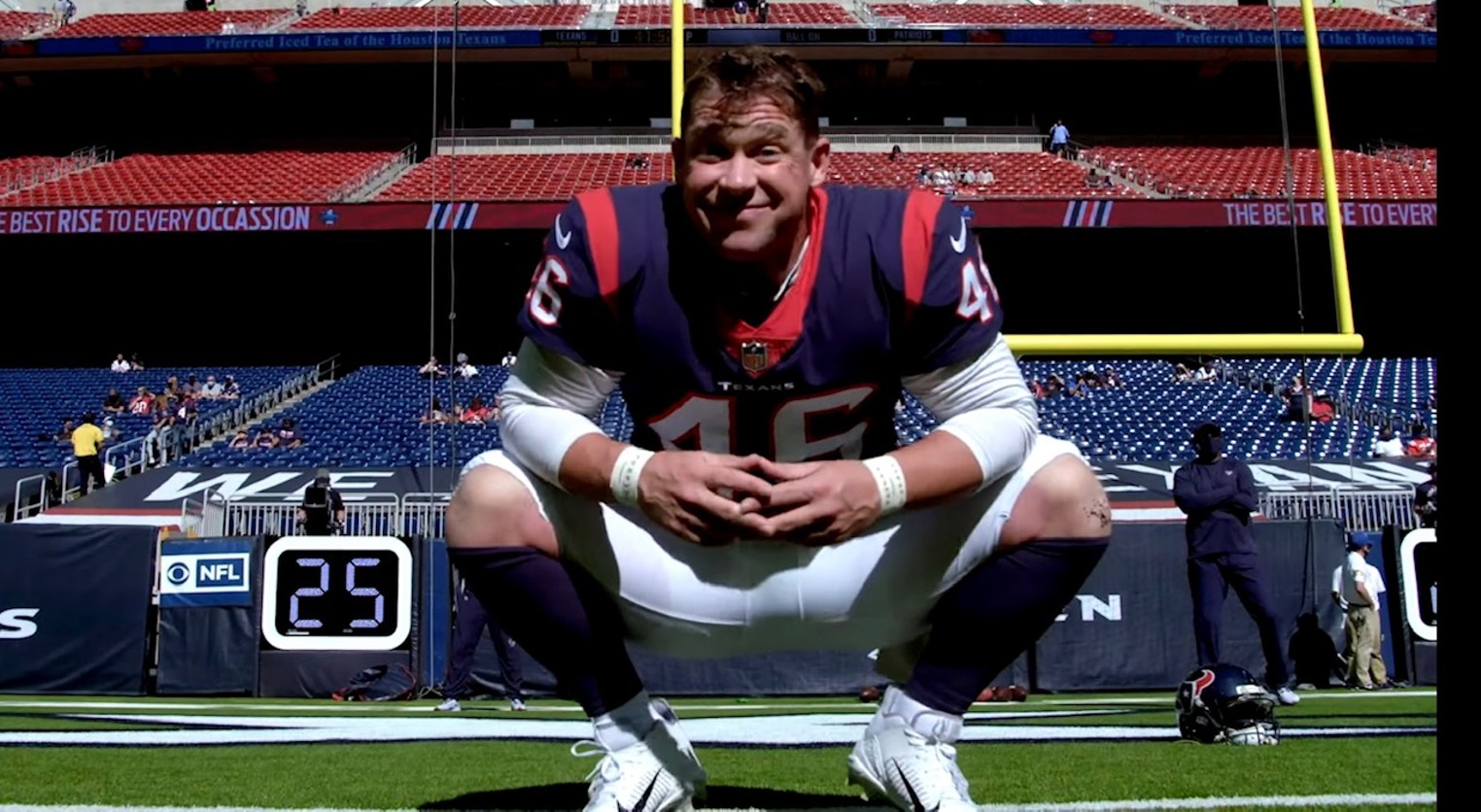 It’s been hard to get attached to any Houston Texans players over the last year or so, as general manager Nick Caserio’s roster construction strategy has consisted largely of (a) purging all of the many, MANY mistakes of the “Bill O’Brien as GM “Era, and (b) replacing those mistakes with veterans on one-year deals.

There are hardly any draft picks from O’Brien’s time with the team remaining in the building, let alone veteran players, but one brave soul has managed to endure it all, and with this news yesterday, we now know that said brave soul, long snapper Jon Weeks, will endure and survive for at least one more season (barring some change of heart by the team in the preseason):

Here are the details on the one-year contract Weeks signed, with the message here, kids, being “Eat your vegetables and find ONE thing you do well, as you might get paid HANDSOMELY for it someday!”

Texans veteran long snapper Jon Weeks’ one-year contract extension has a total value of $ 1,272 million, according to a league source, with a $ 1.12 million base salary with a $ 895,000 base salary guarantee and a $ 152,500 signing bonus as Weeks returns for his 13th season

Weeks’ story is a fascinating one. He grew up in the Phoenix area, and was an outstanding high school football player on both the offensive and defensive lines, but was undersized, and not offered scholarships by any Division I schools. So he walked on at Baylor, where he eventually took to long snapping, and was named special teams captain his senior year.

Weeks had a tryout with the Detroit Lions in 2008, but did not make the team, and was preparing to become a firefighter, when he got a 2010 tryout with the Texans, made the team out of camp, and has been the long snapper for the team ever since. His tenure with the team has gone uninterrupted in the regular season, a franchise record 193 games played (24 games ahead of runner-up Andre Johnson), but Weeks did see his time with the team interrupted last offseason when he was released and out of the league for several weeks. The team brought him back in the summer of 2021.

As Weeks explains in this video, his vocation, long snapping, is something that generally only goes noticed if you make mistakes, so suffice it to say, Weeks has gone quite unnoticed during his time as a Texan, and I mean that in a good way:

Perhaps Weeks’ greatest skill, though, has been survival. as mentioned earlier, he holds the franchise record for games played AND consecutive games played (both at 193 games). Moreover, he is, by far, the longest tenured Houston Texan, having joined the team in 2010. The next closest player is fellow specialist, kicker Ka’imi Fairbairn, who came on board undrafted in 2016. After that, the next closest players are Deshaun Watson (2017, but likely getting traded someday), safety Justin Reid (2018, but a free agent in a few weeks), and tight end Jordan Akins (2018, also a free agent in a couple weeks).

Below are the lists of head coaches and general managers that Jon Weeks has seen, outlasted, and continues to impress:

Six head coaches and five general managers. Indeed, if a nuclear bomb hits us someday, the only thing left in Houston will be the unassailable Jon Weeks long snapping footballs to cockroaches, zombies, and rats.