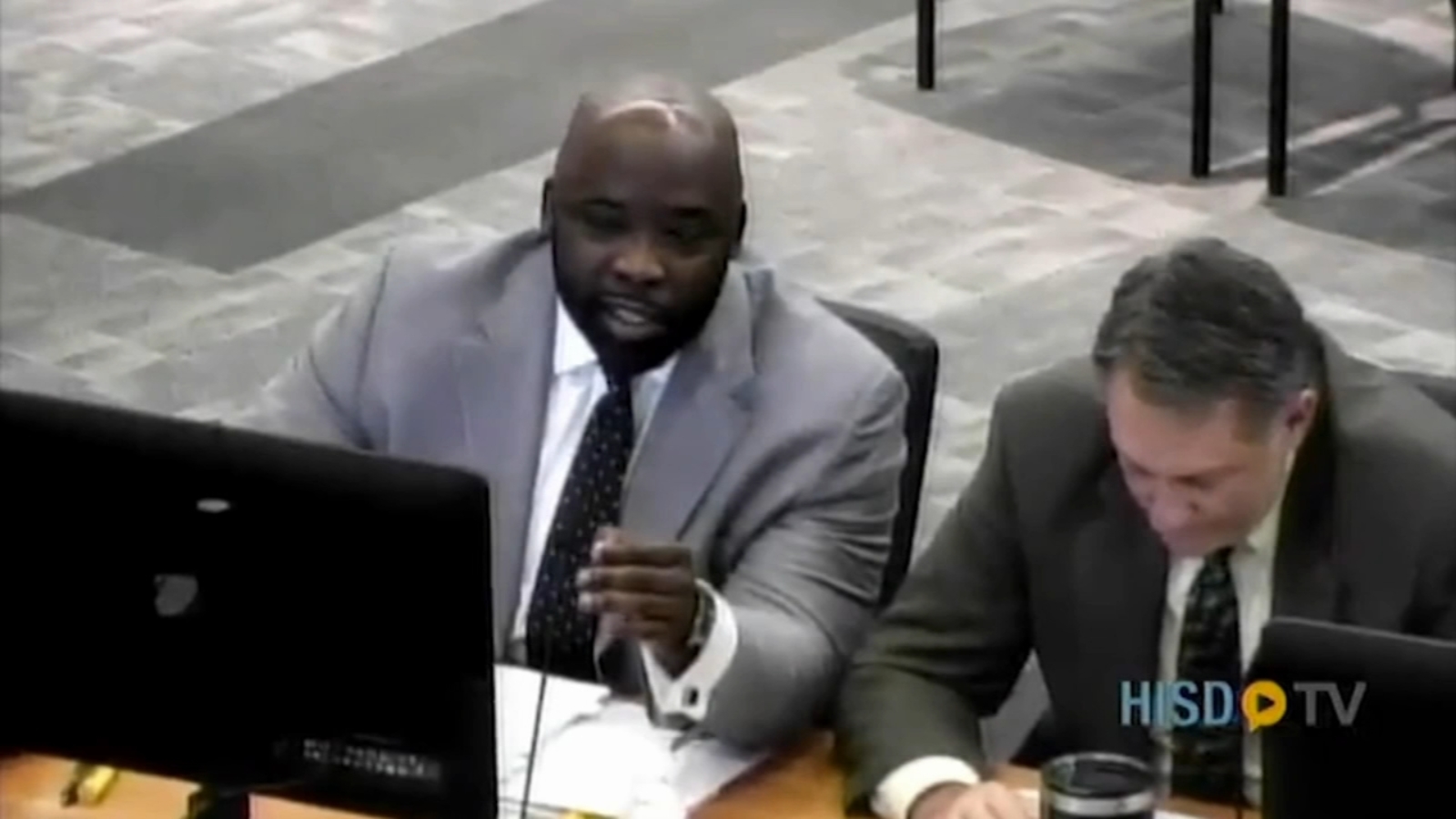 The two are accused of allegedly filing false tax returns that underreported their income as it relates to the bribery scheme.

“Busby allegedly helped give HISD construction, grounds and maintenance contracts to Hutchison. In return, he got cash bribes and hundreds of thousands of dollars in home remodeling,” Acting U.S. Attorney Jennifer Lowery said during a Thursday news conference announcing the indictments. “Even more, Hutchison caused gambling losses to be improperly deducted on corporate tax returns and Busby underreported his income.”

Hutchison is also accused of overstating the “cost of goods sold on his returns.”

“Hutchison obtained cash he used to pay bribes to HISD officials by writing company checks to vendors, who cashed the checks and provided the cash to Hutchison. Hutchison falsely stated on the memo line of the checks that they were in payment for work that had been performed on HISD properties. He then caused the checks to be improperly deducted on corporate tax returns as business expenses, “according to a news release from the US Attorney’s Office. “Hutchison also caused his gambling losses to be improperly deducted on corporate tax returns as alleged business expenses his companies incurred on HISD construction or landscaping projects.”

Letitia D. Quinones, one of Hutchison’s attorneys, said she’s looking forward to going to trial so Hutchison can share his position.

“It’s not often that the government charges you that you look forward to going to trial,” Quinones said. “We do believe that after a jury hears all the evidence in this case, they will seriously consider whether Mr. Hutchison has violated any federal laws.”

Quinones said a judge previously ruled there was no probable cause to seize funds from Hutchison.

Busby’s attorney, Dick DeGuerin said in a statement to 13 Investigates that “Brian Busby served honestly and honorably the people of Houston Independent School District for over 20 years, rising from janitor to chief operating officer. He never took a penny that he was not entitled to and he’s always honest when he reported his income tax and I’m sure a fair jury will find that. “

Both attorneys said they were surprised by the additional charges. DeGuerin added, “they’ll hold about as much water as the other charges. They’re tax counts and it’s kind of an added insult.”

The FBI’s investigation dates back to 2018. Investigators believe Busby and Hutchison are part of an alleged kickback scheme that totaled about $ 7 million in HISD funds over a seven-year span. Investigators allege Hutchison billed HISD millions for work it was contracted to perform but never completed.

The court documents allege Busby “shared in those proceeds by receiving kickbacks and benefits from the contractor, including payments in cash.”

Nitiana Mann, assistant special agent in charge at the FBI’s Houston office, said public corruption is one of their local office’s top priorities.

“The FBI here in Houston aims to determine whether these defendants allegedly accepted hundreds of thousands of dollars in cash bribe payments in exchange for multimillion-dollar contracts which are all funded by our taxpayer dollars,” Mann said. “Public corruption is not a violent crime, however, it is not a crime without a victim. Potential victims for this potential crime in which we’re discussing today often include our students, our taxpayer dollars, our faculty and our staff of the independent school district. “

Houston ISD Superintendent Millard House II, who was not at the district when Busby was employed, has said he’s dedicated to rebuilding trust with the community that taxpayer funds are being spent responsibly.

“(Thursday’s) indictments of a former district official and vendor are a stark reminder of the responsibility this district has to operate with integrity in everything it does. Our students, families, employees and community deserve nothing less. I hope that with today’s indictments, this district, and the community it serves can finally turn the page on a sad chapter in HISD’s history, “House said in a statement on Thursday. “We are appreciative of all the work the FBI has done to hold those accountable who would seek to undermine public trust in the district and will continue to fully cooperate with the investigation.”
House also said the district has “put stringent measures into place to safeguard the integrity of the district’s procurement and contracting processes moving forward.”

Five other people have pleaded guilty in charges related to the alleged bribery scheme.

“As part of their pleas, Hoskins, Sanders, Hall, Tovar and Skillern-Jones admitted to conspiring with Busby and Hutchison to accept Hutchison’s bribes for helping to award, or not interfering in the award of HISD contracts to Hutchison,” according to a news release.

Investigators say once Busby and Hutchison learned of the probe, they attempted to interfere with the investigation. Both are charged with conspiracy, bribery involving federal funds and witness tampering. Hutchison is also charged with wire fraud.