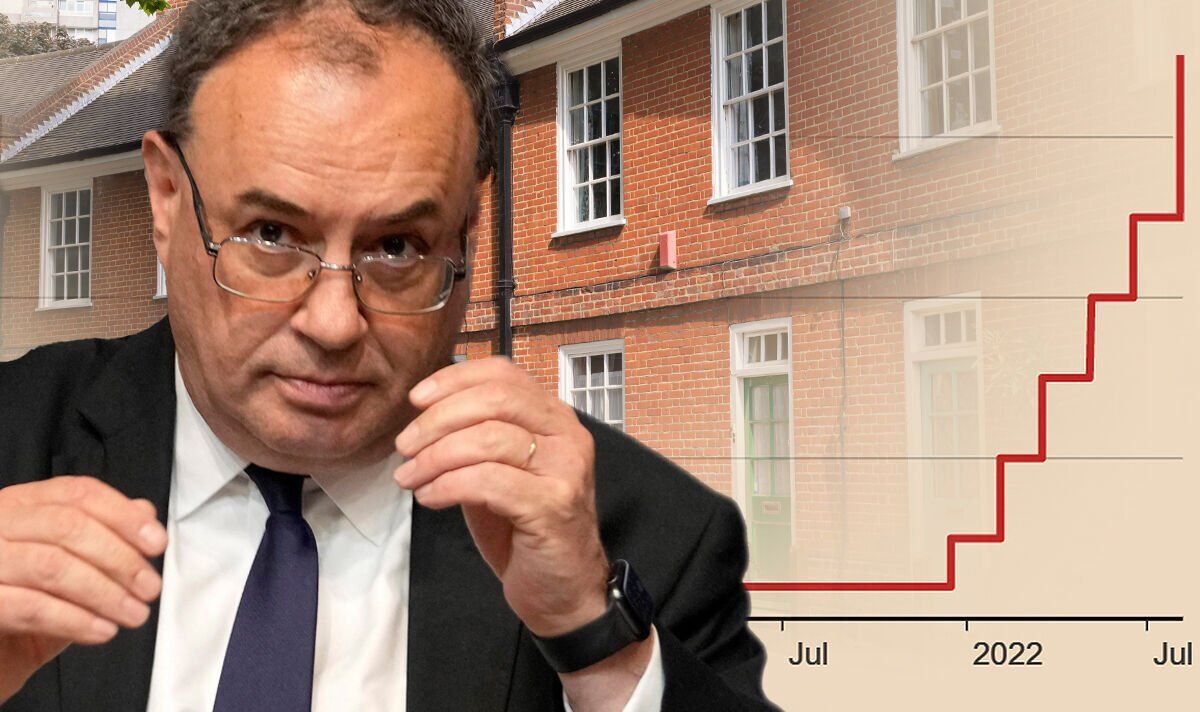 As the Bank of England (BoE) raised interest rates for the sixth time in a row from 1.25 percent to 1.75 percent, there were fears a booming housing market would begin to witness a downturn. Industry forecasts have warned that home prices could fall by as much as 10 percent in the next year.

BoE raised the rates again to help tackle runaway inflation, which has been forecast to pass 13 percent. However, with the hikes, millions of home owners will now be paying more on their mortgages.

The interest rate hike is the fastest rise since 1995, and there are fears that rates could continue to go up.

Last month, housing prices fell around £365, or 0.1 percent, on average. Although it’s a small fall, it could signal that the market has reached a tipping point, according to industry experts.

Russel Galley, of Halifax, said that he expected house prices to continue to struggle under the pressure of increased interest rates and as the cost of living crisis continues to damage household finances.

Governor of the Bank of England Andrew Bailey said he had “huge sympathy” for those struggling with the cost of living crisis but said that the decision to raise interest rates would help balance out inflation in the future.

He said: “I know that they will feel, ‘Well, why have you raised interest rates today, doesn’t that make it worse from that perspective in terms of consumption?’

“I’m afraid my answer to that is, it doesn’t because I’m afraid the alternative is even worse in terms of persistent inflation.”

According to reporting by the BBC, now that rates have risen to 1.75 percent, homeowners with a typical tracker mortgage will have to pay around £52 more a month while those on a standard variable rate mortgage will see a rise of about £59.