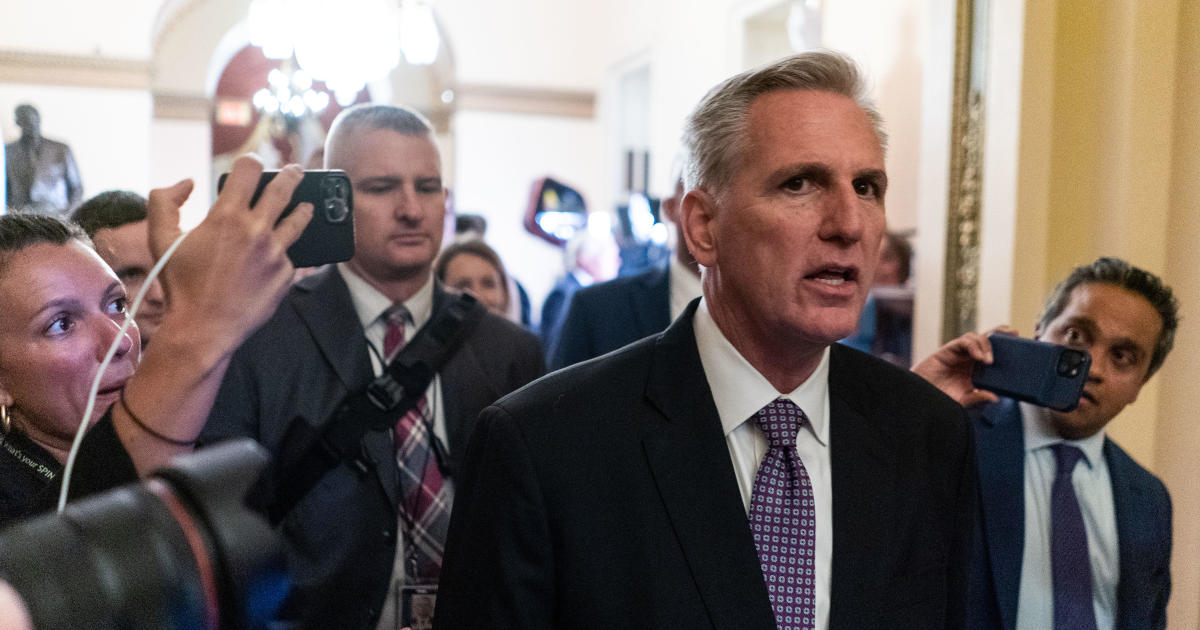 Washington — The House of Representatives will try again Thursday to elect a speaker after failing on its first six attempts Tuesday and Wednesday.

GOP Rep. Kevin McCarthy of California fell short in every round, unable to win a majority of the votes cast. The House will reconvene at noon.

After meeting behind closed doors Wednesday night with some detractors for nearly three hours, McCarthy told reporters he didn’t believe another vote that evening would deliver a different outcome.

“I think it’s probably best that people work through some more,” he said. “I don’t think a vote tonight does any difference, but I think a vote in the future will.”

But he said progress had been made in negotiations with the Republicans opposing his bid for speaker.

Democrats remained united behind Rep. Hakeem Jeffries, who has had the most votes in every round, with the support of all 212 Democratic House lawmakers.

The GOP breakaway faction on Wednesday nominated Republican Rep. Byron Donalds of Florida in place of Rep. Jim Jordan, who supports McCarthy and says he isn’t seeking the speakership. With Jeffries as the Democrats’ choice to be speaker, the balloting Wednesday marked the first time two Black men were nominated for the post.

Former President Donald Trump posted on Truth Social on Wednesday morning to try to sway the rebel Republicans toward McCarthy, writing that “it’s now time for all of our GREAT Republican House Members to VOTE FOR KEVIN, CLOSE THE DEAL.” Former Vice President Mike Pence also tweeted his support for McCarthy. But no GOP holdouts moved to back McCarthy following the messages from Trump and Pence.


Angelina Jolie and Paul Mescal Spotted Together in London