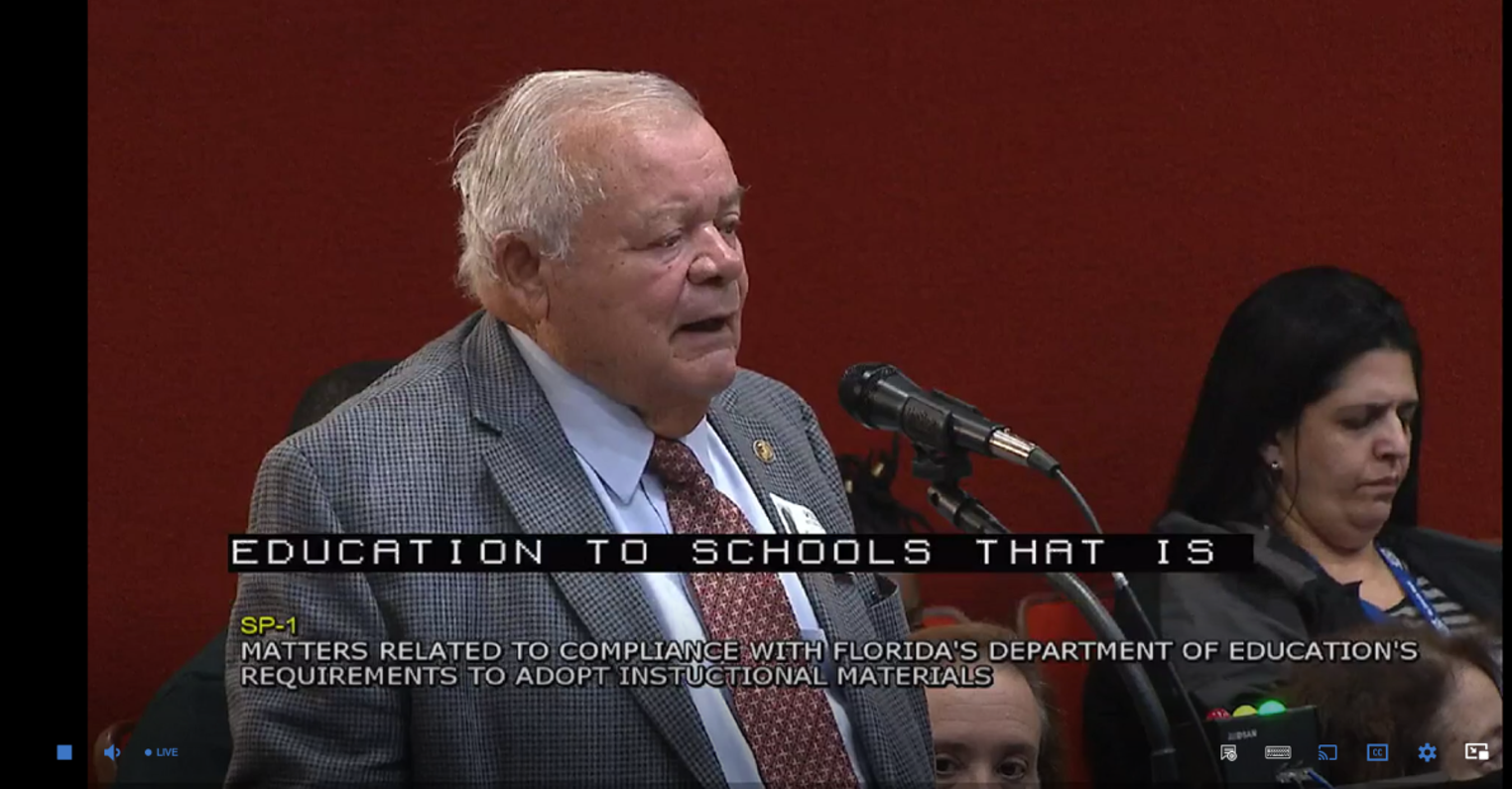 In an unscheduled vote at a special meeting on Thursday, July 28, the School Board of Miami-Dade County reversed a controversial 5-4 vote from the week prior, this time voting 5-4 to accept two comprehensive health textbooks that have been the subject of heated debate.

School board chair Perla Tabares Hantman moved to rescind last week’s vote in which members rejected the recommendation of an independent officer to adopt the books. She then flipped her vote from a “No” to a “Yes,” explaining that she’d learned that without the books, Miami-Dade County Public Schools (MDCPS) would be out of compliance with Florida Department of Education requirements for health education .

Those opposed to adopting the books included members of right-wing groups Moms for Liberty Miami and County Citizens Defending Freedom, who contended that the texts contained material that was “inappropriate for children” and that 11-year-olds should not be taught about abortions or gender identity.

School board member Luisa Santos, who voted in favor of the books this week and last, also reiterated that any parents who objected to the curriculum related to sex education can, by law, opt their child out of the class.

“Anyone who doesn’t want [these lessons] has protections from state law and board policy. It is not our role to deny everyone that option, it’s our role to make sure everyone has that option,” Santos said from the dais.

While the outcome of Thursday’s vote came as a shock to observers who thought the matter had been settled, the reversal was far from the only craziness that transpired during the special meeting.

For the edification of our readers, New Times compiled some highlights.

Many public speakers came in support of comprehensive sex education in schools, including queer MDCPS students and a former student who spoke about how health education that included topics like gender identity would have helped her dysphoria while she was in school.

But as LGBTQ speakers looked on from their seats after sharing their stories, opponents took the microphone to blare transphobic and homophobic dogwhistles and talking points.

“There are two genders: male and female,” said Christina Ortega, a mother and supporter of Moms for Liberty Miami. “Next week it’ll be 11 genders. Gay culture is not sexual education.”

Moms for Liberty chapter chair Miami Eulalia Jimenez-Hincapie agreed that the notion of more than two genders would confuse children.

“Children do not need to learn that there are nine genders. That’s inappropriate content, and children don’t need to be exposed to it,” she said.

Other speakers claimed the textbooks were tools for “grooming” children and indoctrinating them into a radical agenda.

“Grooming” has become a buzzword in Florida Republican legislation and talking points, deployed to falsely accuse pro-LGBTQ institutions of preparing children to be sexually molested, drawing a false link between homosexuality and pedophilia.

One commenter, an older man who said his parents didn’t need to learn in school what to do with their bodies, claimed schools were teaching socialism and communism and compared schools to a Biblical den of debauchery.

Popped into the meeting for a few (our studios are next door) in time for an elderly man to claim sex education is “socialism” and “communism.”

School Board Members Fight Among Themselves

One would think a school board meeting would be an orderly affair, but tempers flared between board members when the textbooks were put back on the metaphorical table.

After Tabares Hantman asked the board’s attorney if she could reverse last week’s vote, board member Lubby Navarro began passionately arguing against the notion, asking the board attorney to read her exactly where in Robert’s Rules of Order (a set of rules for government meetings) that was allowed.

The board attorney, Walter James Harvey, responded that Robert’s Rules permit the board to rescind an action made at a previous meeting with a majority vote.

Navarro then sparred with fellow board member Steve Gallon III, who was acting as chair, interrupting him and accusing Harvey of being unprepared and giving bad legal advice. Navarro argued that the board attorney did not give them legal advice prior to the meeting about changing the vote, to which Tabares Hantman countered that Harvey couldn’t have been expected to do so because she hadn’t asked him to until after the meeting was called to order.

Things are getting nasty. Chair @MDCPSPHantman calls for vote reconsideration. @LubbyNavarro interrupts, says time for that was @ last meeting. “I was taught how to write and read in Miami-Dade Public Schools.”@DocSteveGallon disagrees, receives atty confirmation there is a way. https://t.co/iOrcuEK1je

Tabares Hantman then proceeded with her motion to rescind the vote, which carried 5-4.

“Hopefully I don’t get more offensive comments about how this was done,” she said.

With midterm elections right around the corner, local candidates are looking for any platform to get some media attention, and a televised school board meeting is easy pickings.

Two Republican candidates for positions not related to education, Frank Polo Sr., and Carlos Garin, who are running for US House Districts 27 and 28, respectively, both took to the podium during the public comment period to speak their disapproval of the books, without missing an opportunity to announce their candidacy.

“My name is Frank Polo, who you might recognize from my Congressional campaign,” declared Polo, who went on to opine about how the government is imposing a communist agenda in schools and how sex-education textbooks work to “groom” children.

When Garin got his turn at the podium and introduced himself as a Congressional candidate, Tabares Hantman interjected that it was against school board rules for people to use the meetings to campaign but allowed him to reintroduce himself as a parent and finish speaking.