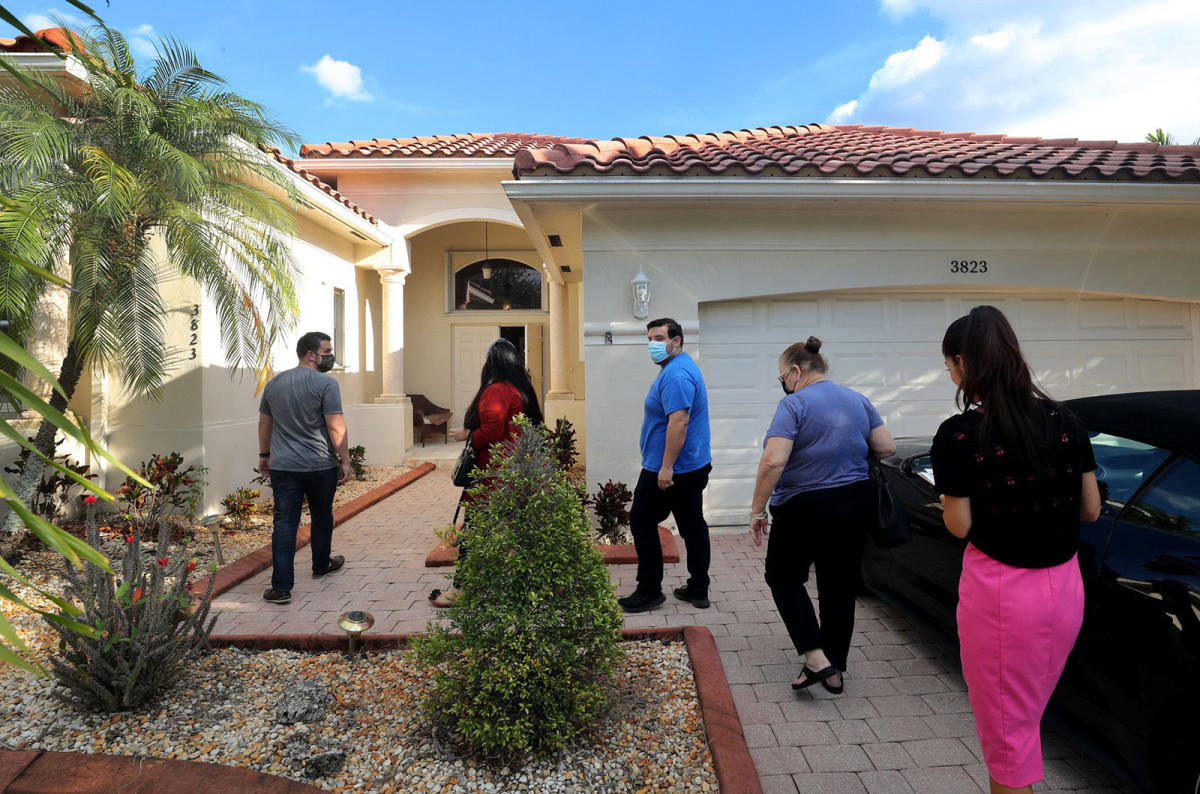 The housing market has rapidly changed. Sellers, once in the driver’s seat at the start of the year, are much more accommodating to complete a home sale as borrowing costs skyrocket for buyers.

A growing number of home sellers have been forced to readjust their home prices in recent weeks. According to Redfin, an estimated 6.1% of homes for sale during the four weeks leading up to June 19, asked for a price drop – a record high as far back as the data goes, through the start of 2015.

That comes as mortgage rates hit 5.70% last week and are nearly 2.5 percentage points higher than the beginning of 2022, relegating some buyers to the sidelines with busted budgets.

“If you overprice your home in any market, you’re going to feel resistance,” Lizy Hoeffer, owner and mortgage broker at Cross Country Mortgage LLC, said. “In the last three years, sellers have been able to get basically whatever they want for their house. We’re just not in a market like that right now. ”

‘Buyer budgets do not stretch as far as they used to’

The dream of homeownership is slipping out of grasp for many would-be buyers as costs rise.

“Homeowners thinking about moving should know that while recent sellers have enjoyed favorable housing conditions that included high prices and fast sales, the tide is shifting,” Realtor.com Chief Economist Danielle Hale, told Yahoo Money. “Higher rates and home prices mean that homebuyer budgets do not stretch as far as they used to.”

For instance, in the most populated county of Washington State, King County, the average price is over $ 1 million, according to Adriana Perezchica, real estate broker and owner of Via Real Estate Group. Despite the challenges, Latinos there – which comprise a large portion of her clientele – are buying in the outskirts for an average of $ 550,000.

“Most of my clients are first-time buyers, with no knowledge or very little understanding on buying a property. “The majority work in the construction, labor and the hospitality industry,” Perezchica said. “They dream of owning a home and are persuaded to buy because of the high cost of rent, however affordability is the main factor preventing them from purchasing a home.”

“Demand is still strong, but not nearly as much as three or six months ago when the market was at a feverish pace,” President of WSFS Mortgage Jeffrey Ruben told Yahoo Money. “We would see multiple offers, sometimes 10, 12 or 15 people bidding on the same house. We are not seeing those stories today. ”

As borrowing costs swell across the country, buyer confidence has ebbed. Approximately, 57.8% of home offers written by Redfin agents faced competition on a seasonally adjusted basis in May, the lowest level recorded since February 2021. That’s down from a revised 60.9% one month prior, according to Redfin. It’s also a decline from 67.8% in April – and marks the fourth consecutive drop in bidding-war activity.

“The frenzied rush to find a home and lock-in historically-low interest rates seen during the past two-plus years has been relegated to the history books,” George Ratiu, manager of economic research at Realtor.com, said in a prepared statement. “The result is a softening housing demand, which comes as many homeowners are embracing the new normal and listing their homes for sale.”

Contracts to purchase previously owned homes rebounded in May after declining for six straight months, likely due to a brief pullback in rates last month. The National Association of Realtors Pending Home Sales index, rose 0.7% as home shoppers in the Northeast region took advantage of the break in mortgage rates surge.

Still, homebuyers face harsh affordability conditions, with the median listing price of $ 447,000 – pending home sales were down 13.6% from a year ago.

The impact of rising mortgage rates and home prices has effectively cooled the housing market. Redfin data showed touring activity as of June 19, was down 6% from the start of the year compared to a 24% increase a year earlier. Mortgage applications were down 10% from a year prior, and fewer people searched for ‘homes for sale’ on Google during the week ending June 18, down 14% from a year ago.

Make no mistake: The home buyer pool may be shrinking, but it’s still not a buyers’ market.

According to Joe Castillo, designated managing broker, co-owner of REMAX Mi Casa in Chicago, purchase activity was up 26% from a year ago in his brokerage – but a lack of available listings for sale has slowed housing activity.

“Our biggest concern at the moment, just as it was for the last two years, is the lack of inventory,” Castillo said. “We have hundreds of pre-approved buyers looking for homes that do not exist due to a lack of financeable for-sale homes.”

Despite surging rates, homes for sale stayed an average of 17 days on the market. According to Redfin, that’s up from the record low of 15 days posted in May and early June – signaling fast paced buyer demand. Some 55% of homes sold above list price, Redfin reported, up from 53% a year ago.

“Buyers are very frustrated,” Nadia Evangelou, senior economist and director of forecasting for NAR, told Yahoo Money. “It’s very competitive and many first-time homebuyers cannot find a home and cannot compete with existing homeowners with all cash offers from their built equity. However, with rising mortgage rates everybody is expected to be impacted. ”