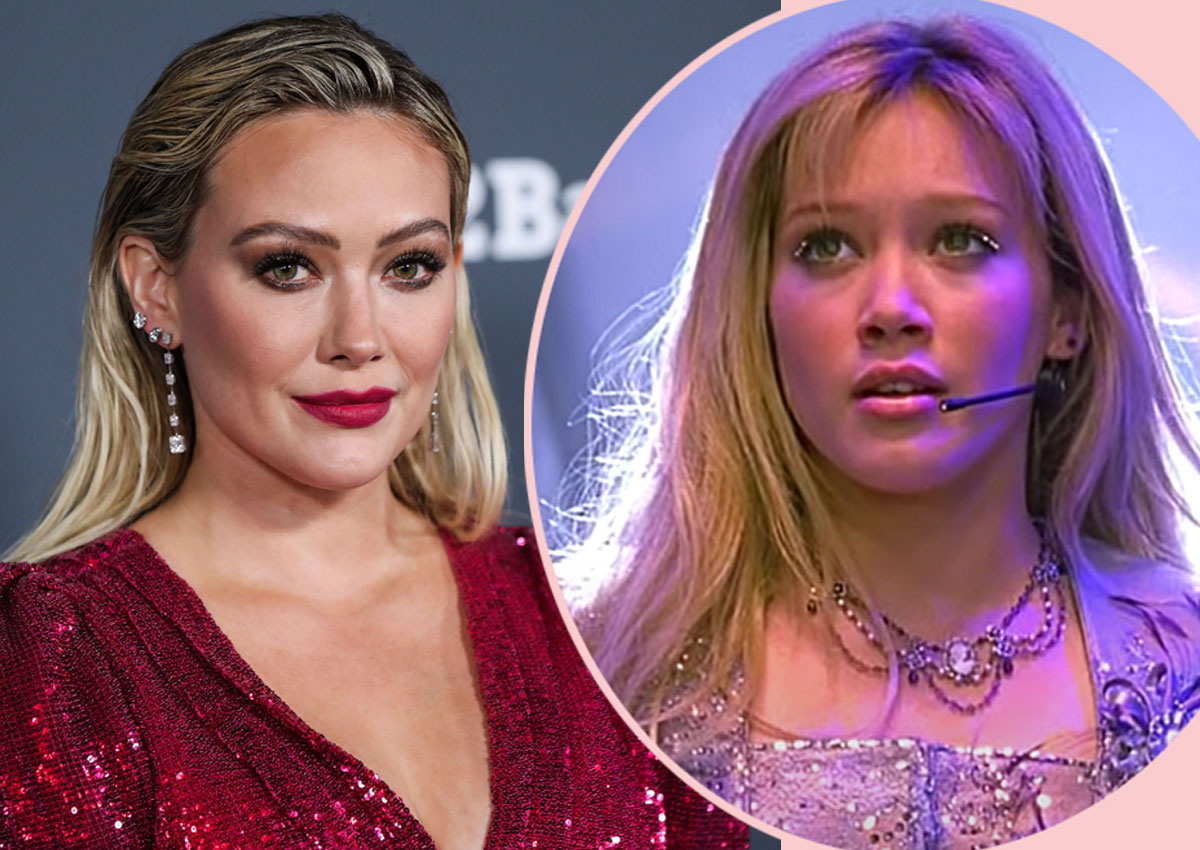 Hilary Duff is opening up about the struggles of her teenage years.

In an interview with Women’s Health Australia, which was published Sunday, the actress opened up about the pressure she felt as a child star — specifically around her body image:

“Because of my career path, I can’t help but be like, ‘I am on camera and actresses are skinny.’ It was horrifying.”

Hilary suffered with a year-long eating disorder when she was 17, and struggled outside of it with body image issues for years. The pressure she felt to conform to unrealistic body standards were so overwhelming she started placing her body image above her health.

Related: Shania Twain Had To ‘Flatten’ Her Boobs To Avoid Sexually Abusive Stepfather

The now 35-year-old was a superstar in kids television, portraying the beloved Lizzie McGuire character in a show with the same name before she even turned 18. She was the Disney Channel it-girl for many years, but now that she’s older she’s changing her views of fame and how she treats herself.

The How I Met Your Father star tells the interviewer she’s surrounded herself with positivity and like-minds:

“[I’m] appreciating my health, doing activities that make me feel strong instead of just bettering the outside of my body. Spending time with people that make me feel good and share similar views on health and body positivity and getting enough sleep and balance in my diet.”

We’re so glad Hil is leading her healthiest and happiest life! This isn’t the first time she’s opened up about body positivity, either. Back in May the actress showed off her body in a nude photoshoot for WH‘s Body Issue. At the time, she shared just how proud of herself and her body she was:

“I’m proud of my body. I’m proud that it’s produced three children for me. I’ve gotten to a place of being peaceful with the changes my body has gone through. I also want people to know a makeup artist was there putting glow all over my body and someone put me in the most flattering position.”

The A Cinderella Story star shares her 10-year-old son Luca with her ex Mike Comrie, and has her daughters, 4-year-old Banks and 1-year-old Mae, with hubby Matthew Koma. According to personal trainer Dominic Leeder via the magazine, even though health is important to the mom of three, her family always comes first!

It’s amazing to hear how far Hilary has come and how she’s grown. We can’t wait to see what she’s got planned in the future!

9 Healthcare Marketing Trends to Embrace in 2023


Local equities: A look at their performance in 2022