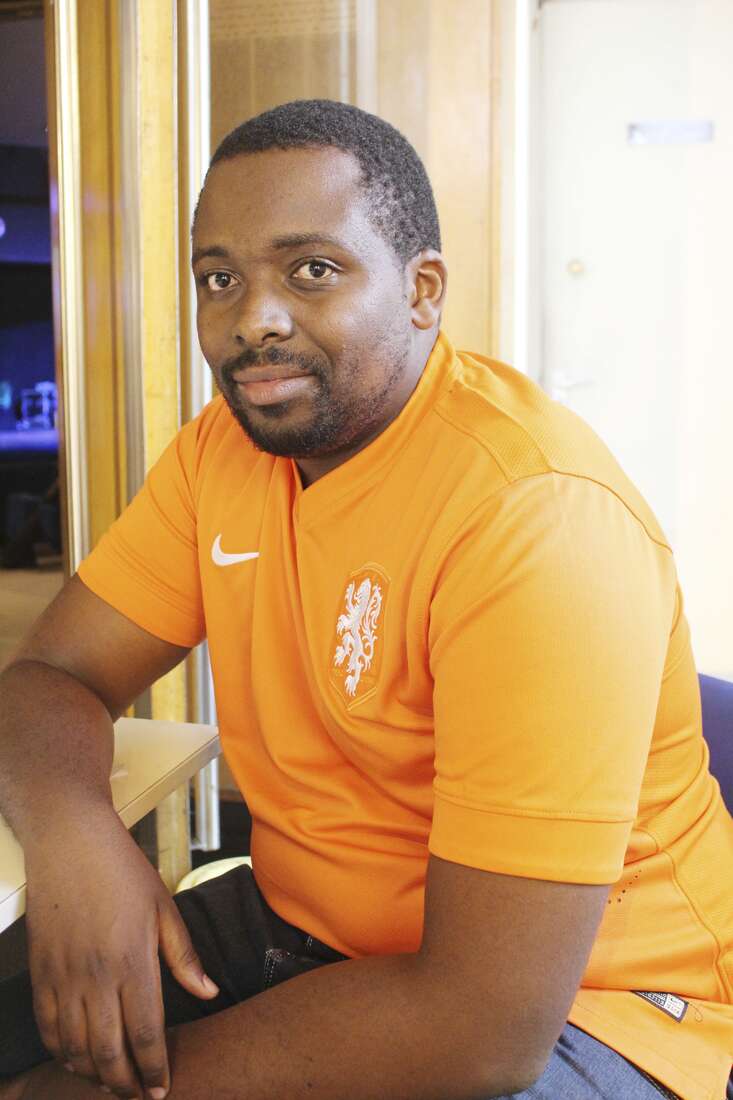 ‘Regardless‘ is the sort of play that if it had been staged in another time would have been deemed ‘seditious’ and gotten the playwright sent to either Nyayo House or Kamiti Maximum Security Prison.

Why? Because it openly exposes so many flagrant disparities and inequities of Kenyan society today.

If, for instance, it had been staged during the Moi era, JJ Jumbi, the playwright and founder of Chatterbox Productions, would have been in trouble for openly exploring all the promises made by politicians, including the President, that were never kept. That kind of criticism would have been seriously frowned upon.

Fortunately, we got through that time, so there’s a bit more latitude in how far artists can go in criticizing their leaders. Even more fortunate is the fact that JJ knew how to mask his critical perspective in humor, metaphor, music, and caricature.

That way we could laugh rather than weep when we watched the glaring contrasts between a poor woman in labor who needed special care at Kenyatta Hospital versus one waiting to deliver in a five-star hospital where women are treated like queens, not worthless whores.

Sometimes the script seemed to belabour a point longer than necessary for the audience to get the gist of what was happening.

That was true of the matatu scene where a couple was being pulled between two matatu touts trying to lure prospective customers to their vehicles with hyperbolic pleasures like five-course meals and a jacuzzi steam bath.

As it turned out, the couple had different preferences which turned into an argument and a breakdown of their bond. Their differences of opinion, leading to the quick demise of their romantic bliss, reflect a real-time problem in Kenyan society.

It’s the way relationships can come and go in such a fleeting manner that multiple problems can arise from expectations shattered and cultural traditions lost in the frenzy of families falling apart.

‘Irregardless’ has a serious side despite the hyperbolic humour, upbeat music, and well-choreographed scenes. It has to do with the way so many institutions seem to be falling apart before our eyes.

It’s true in education where we saw students clamoring for simple things like sugar and uji, bread and milk. There should have been funds allocated for some of these amenities, and perhaps they were. But due to the greed of grabby bureaucrats and politicians, those funds often disappear. It’s called corruption.

It’s true of student leaders whom we saw staging rallies critical of the system. But once they are targeted, nabbed, and taught to tow the party line (either through bribery or torture or both), they become effective sell-outs now representing the system.

We even saw it in the church where leaders were abusing their so-called ‘calling’ by becoming conmen who get rich quickly in the name of Jesus Christ. They start their mega-churches and claim their wealth is derived from a divine source that people can trust.

It’s a tragedy but it also reveals the way the church no longer provides a moral compass to sustain a society’s need for hope in the future. Instead, what we’re seeing is a rise in crimes and suicides.

Chatterbox’s script offers a panoramic picture of the social problems facing Kenyans today. ‘Regardless‘ lampoons nearly all the social institutions that have an impact on everyday Kenyans, from the schools to the healthcare system, the military and police, and the Church. All of them have been corrupted. And poverty is the crowning crunch on people’s ability to cope.

So, while the hilarity and high spirits of ‘Irregardless’ seem to make light of the plight people find themselves in, the reality of poverty, corruption, and inequality are all effectively portrayed in the Chatterbox comedy.

But even before we watched the show, one had to check out the play’s title since ‘regardless‘ isn’t a legitimate word. It’s a term that gets used to mean ‘regardless’, but by its having a double-negative in the prefix, it defies the rules of grammar which makes it a fitting title for a play about the crumbling of the rule of law.