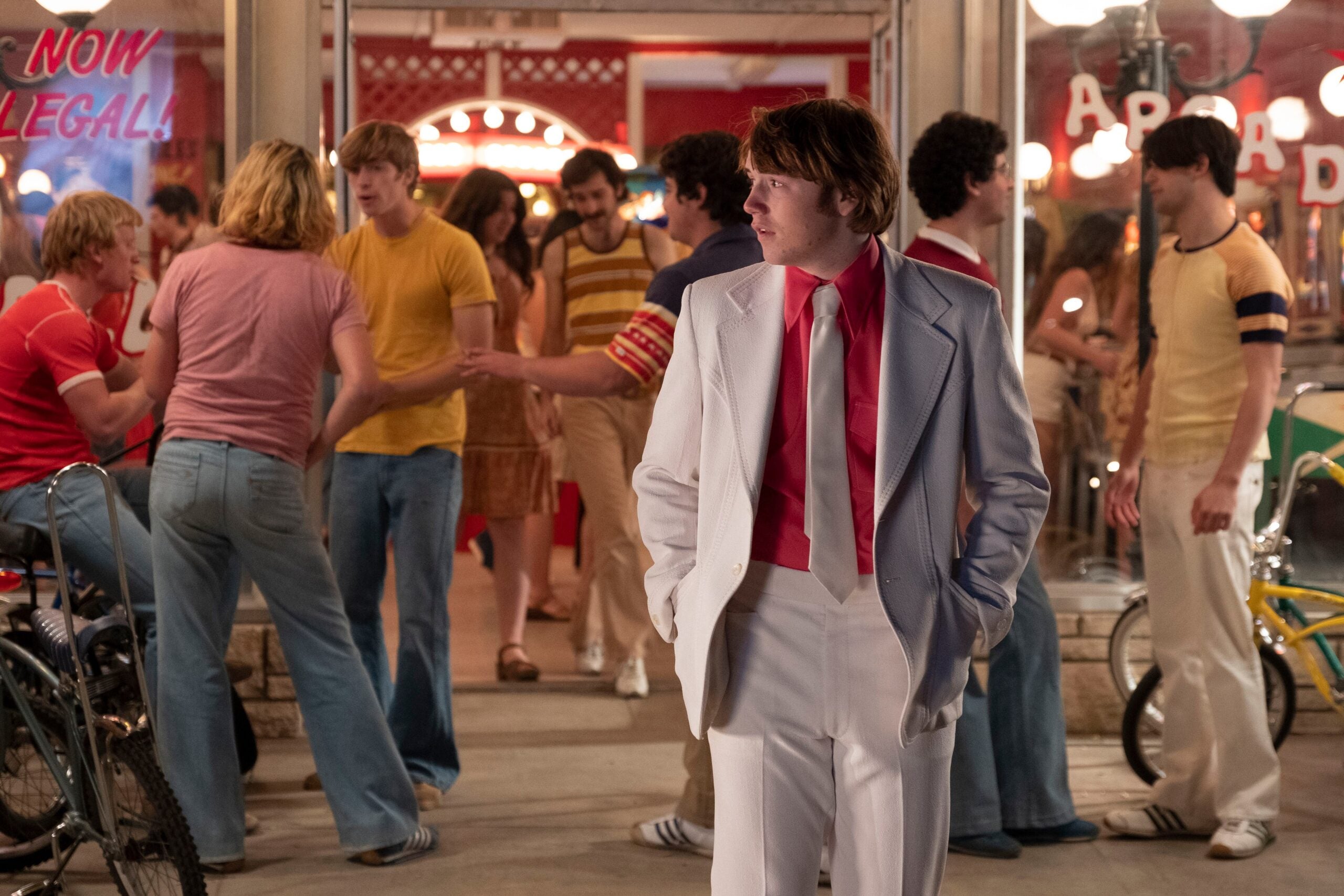 A year ago, Hollywood watched in despair as Oscar-oriented films like “Licorice Pizza” and “Nightmare Alley” flatlined at the box office. The day seemed to have finally arrived when prestige films were no longer viable in theaters and streaming had forever altered cinema.

But studios held out hope, deciding that November 2022 would give a more accurate reading of the marketplace. By then, the coronavirus would not be such a complicating factor. This fall would be a “last stand,” as some put it, a chance to show that more than superheroes and sequels could succeed.

It has been carnage.

One after another, films for grown-ups have failed to find an audience big enough to justify their cost. “Armageddon Time” cost roughly $30 million to make and market and collected $1.9 million at the North American box office. “Tár” cost at least $35 million, including marketing; ticket sales total $5.3 million. Universal spent around $55 million to make and market “She Said,” which also took in $5.3 million. “Devotion” cost well over $100 million and has generated $14 million in ticket sales.

Even a charmer from box office king Steven Spielberg has gotten off to a humdrum start. “The Fabelmans,” based on Spielberg’s adolescence, has collected $5.7 million in four weeks of limited play. Its budget was $40 million, not including marketing.

What is going on?

The problem is not quality; reviews have been exceptional. Rather, “people have grown comfortable watching these movies at home,” said David A. Gross, a film consultant who publishes a newsletter on box office numbers.

Ever since Oscar-oriented films began showing up on streaming services in the late 2010s, Hollywood has worried that such movies would someday vanish from multiplexes. The diminishing importance of big screens was accentuated in March when, for the first time, a streaming film, “CODA,” from Apple TV+, won the Academy Award for best picture.

This is about more than money. Hollywood sees the shift as an affront to its identity. Film power players have long clung to the fantasy that the cultural world revolves around them, as if it were 1940. But that delusion is hard to sustain when their lone measuring stick — bodies in seats — reveals that the masses can’t be bothered to come watch the films that they prize most. Hollywood equates this with cultural irrelevancy.

Sure, a core crowd of cinephiles is still turning out. “Till,” focused on Mamie Till-Mobley, whose son, Emmett Till, was murdered in Mississippi in 1955, has collected $8.9 million in the United States and Canada. That’s not nothing for an emotionally challenging film. “The Banshees of Inisherin,” a dark comedy with heavily accented dialogue, has also brought in $8 million, with overseas ticket buyers contributing an additional $20 million.

“While it is clear the theatrical specialty market hasn’t fully rebounded, we’ve seen ‘The Banshees of Inisherin’ continue to perform strongly and drive conversation among moviegoers,” Searchlight Pictures said in a statement. “We firmly believe there’s a place in theaters for films that can offer audiences a broad range of cinematic experiences.”

Still, crossover attention is almost always the goal, as underlined by how much film companies are spending on some of these productions. “Till,” for instance, cost at least $33 million to make and market.

And remember: Theaters keep roughly half of any ticket revenue.

The hope is for results more in line with “The Woman King.” Starring Viola Davis as the leader of an all-female group of African warriors, “The Woman King” collected nearly $70 million at domestic theaters ($92 million worldwide). It cost $50 million to produce and tens of millions more to market.

Oscar-oriented dramas rarely become blockbusters. Even so, these movies used to do quite well at the box office. The World War I film “1917” generated $159 million in North America in 2019 and $385 million worldwide. In 2010, “Black Swan,” starring Natalie Portman as a demented ballerina, collected $107 million ($329 million worldwide).

Most studios either declined to comment for this article or provided anodyne statements about being proud of the prestige dramas they have recently released, regardless of ticket sales.

The unwillingness to engage publicly on the matter may reflect the annual awards race. Having a contender labeled a box office misfire is not great for vote-gathering. (Oscar nominations will be announced Jan. 24.) Or it may be because, behind the scenes, studios still seem to be grasping for answers.

Ask 10 different specialty film executives to explain the box office, and you will get 10 different answers. There have been too many dramas in theaters lately, resulting in cannibalization; there have been too few, leaving audiences to look for options on streaming services. Everyone has been busy watching the World Cup on television. No, it’s television dramas like “The Crown” that have undercut these films.

Some are still blaming the coronavirus. But that doesn’t hold water. While initially reluctant to return to theaters, older audiences, for the most part, have come to see theaters as a virus-safe activity, according to box office analysts, citing surveys. Nearly 60% of “Woman King” ticket buyers were older than 35, according to Sony Pictures Entertainment.

Hollywood considers anyone older than 35 to be “old,” and this is who typically comes to see dramas.

Maybe it is more nuanced? Older audiences are back, one longtime studio executive suggested, but sophisticated older audiences are not — in part because some of their favorite art house theaters have closed, and they don’t want to mix with the multiplex masses. (He was serious. “Too many people, too likely to encounter a sticky floor.”)

Others see a problem with the content. Most of the movies that are struggling at the box office are downbeat, coming at a time when audiences want escape. Consider the successful spring release of the rollicking “Everything, Everywhere All at Once,” which collected $70 million in North America. Baz Luhrmann’s bedazzled “Elvis” delivered $151 million in domestic ticket sales.

“People like to call it ‘escape,’ but that’s not actually what it is,” said Jeanine Basinger, a film scholar. “It’s entertainment. It can be a serious topic, by the way. But when films are too introspective, as many of these Oscar ones now are, the audience gets forgotten about.

“Give us a laugh or two in there! When I think about going out to see misery and degradation and racism and all the other things that are wrong with our lives, I’m too depressed to put on my coat,” continued Basinger, whose latest book, “Hollywood: The Oral History,” co-written with Sam Wasson, arrived last month.

Some studio executives insist that box office totals are an outdated way of assessing whether a film will generate a financial return. Focus Features, for instance, has evolved its business model in the last two years. The company’s films, which include “Tár” and “Armageddon Time,” are now made available for video-on-demand rental — for a premium price — after as little as three weeks in theaters. (Before, theaters got an exclusive window of about 90 days.) The money generated by premium in-home rentals is substantial, Focus has said, although it has declined to provide financial information to support that assertion.

The worry in Hollywood is that such efforts will still fall short — that the conglomerates that own specialty film studios will decide there is not enough return on prestige films in theaters to continue releasing them that way. Disney owns Searchlight. Comcast owns Focus. Amazon owns United Artists. The CEOs of these companies like being invited to the Oscars. But they like profit even more.

“The good news is, we’ve now got a very large streaming business that we can go ahead and redirect that content toward those channels,” Bob Chapek, Disney’s former CEO, said at a public event Nov. 8, referring to prestige films. (Bob Iger, who has since returned to run Disney, may feel differently.)

Others continue to advocate patience. Gross pointed out that “The Fabelmans” will roll into more theaters over the next month, hoping to capitalize on awards buzz — it is a front-runner for the 2023 best picture Oscar — and the end-of-year holidays. Damien Chazelle’s “Babylon,” a drug-and-sex-induced fever dream about early Hollywood, is scheduled for wide release Dec. 23.

“I think movies are going to come back,” Spielberg recently told The New York Times. “I really do.”


The upcoming Star Wars shows and movies in the works