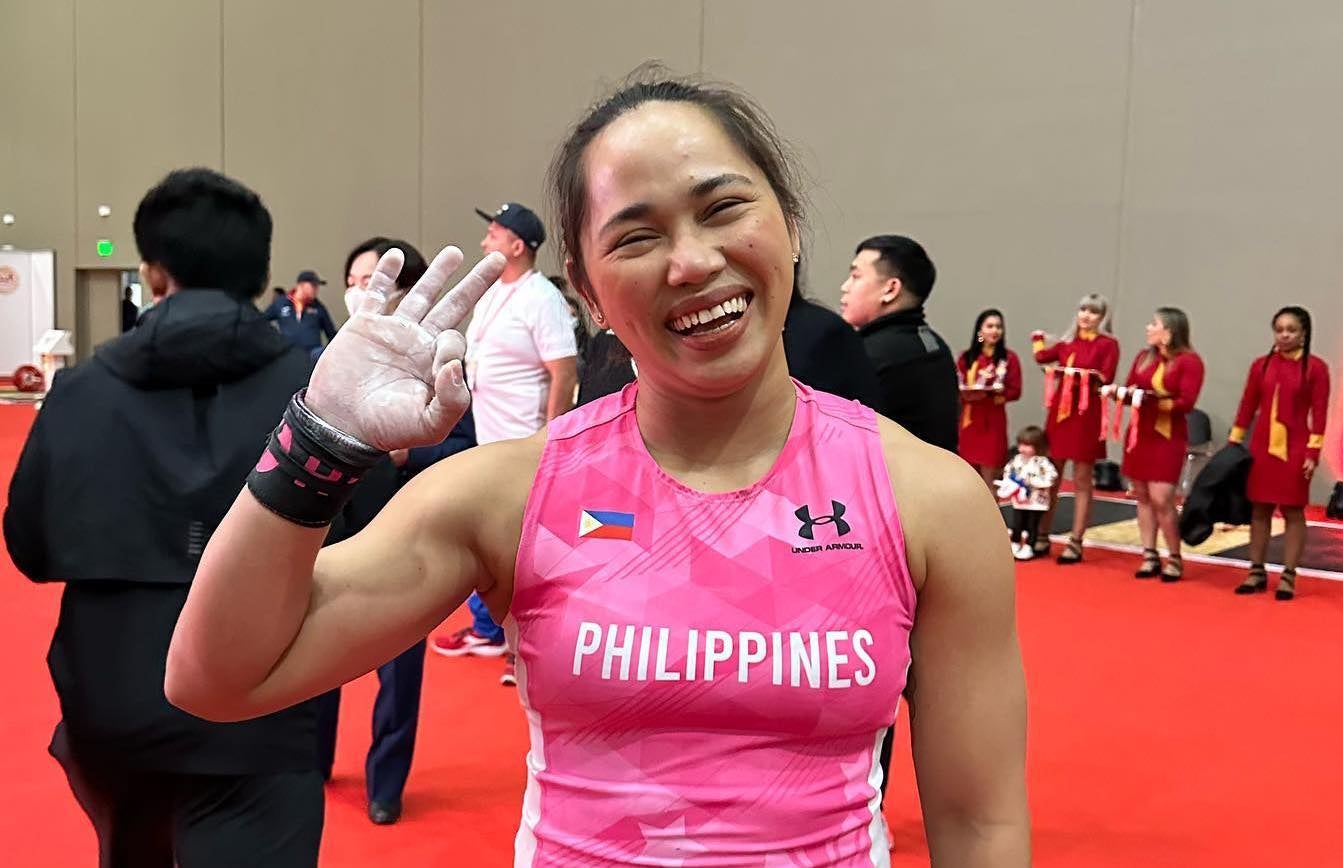 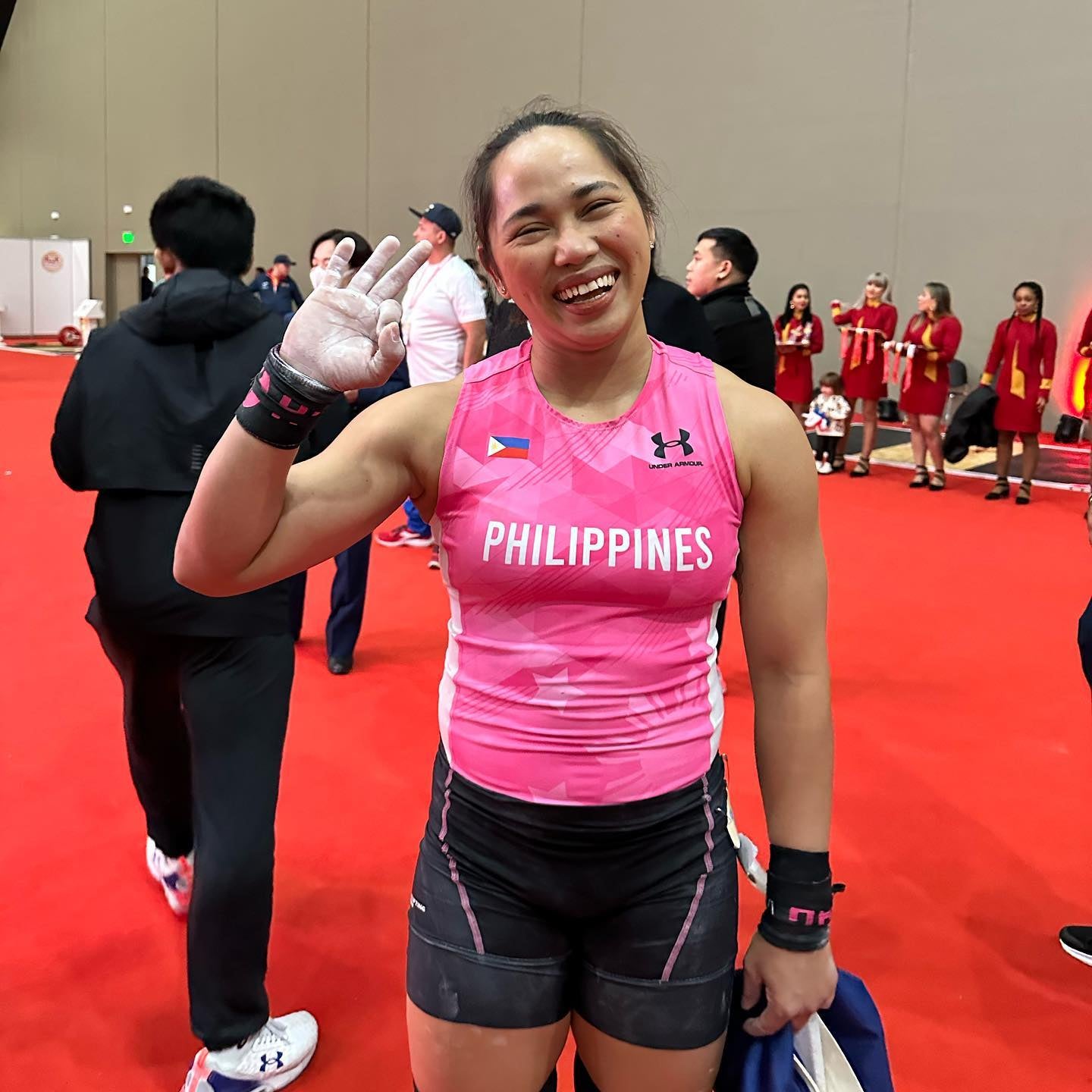 MANILA, Philippines — Hidilyn Diaz has finally added the elusive World Weightlifting Championship gold to her collection as she ruled the women’s 55-kilogram division on Thursday (Manila time) in Bogota, Colombia.

The Tokyo Olympic gold medalist tallied a total lift of 207kg to beat Rosalba Morales of Colombia and Ana Gabriela Lopez of Mexico, winning all three gold medals in the snatch, clean and jerk, and total.

Diaz lifted 93kg in the snatch to win her first gold in the world championship and recorded 114 kg to top the clean and jerk.

With an assured medal in clean and jerk, she tried to lift 117kg and 121kg but failed.

Morales wound up with the silver medal including a bronze in snatch and silver in clean and jerk with a total lift of 199kg while Lopez came up a close third with a total of 198kg after a silver finish in snatch.

The world championship gold is something Diaz has been chasing since settling for bronze finishes in the women’s 53kg division in 2015 and 2017 and another bronze in the 55kg division in 2019. She backed out of the weightlifting worlds at Tashkent last year, a few months after winning the historic Olympics gold.

The Bogota world competition is part of Diaz’s bid to qualify for Paris 2024, where she seeks her fifth Olympics appearance.

Other Filipinos also competed in the tournament. Nestor Colonia, who won bronze in the 2015 edition of the world championship in the 56kg divison, finished seventh in men’s 55kg, while Lovely Inan and Rosegie Ramos saw action in the women’s 49kg class and placed 13th and 17th, respectively.