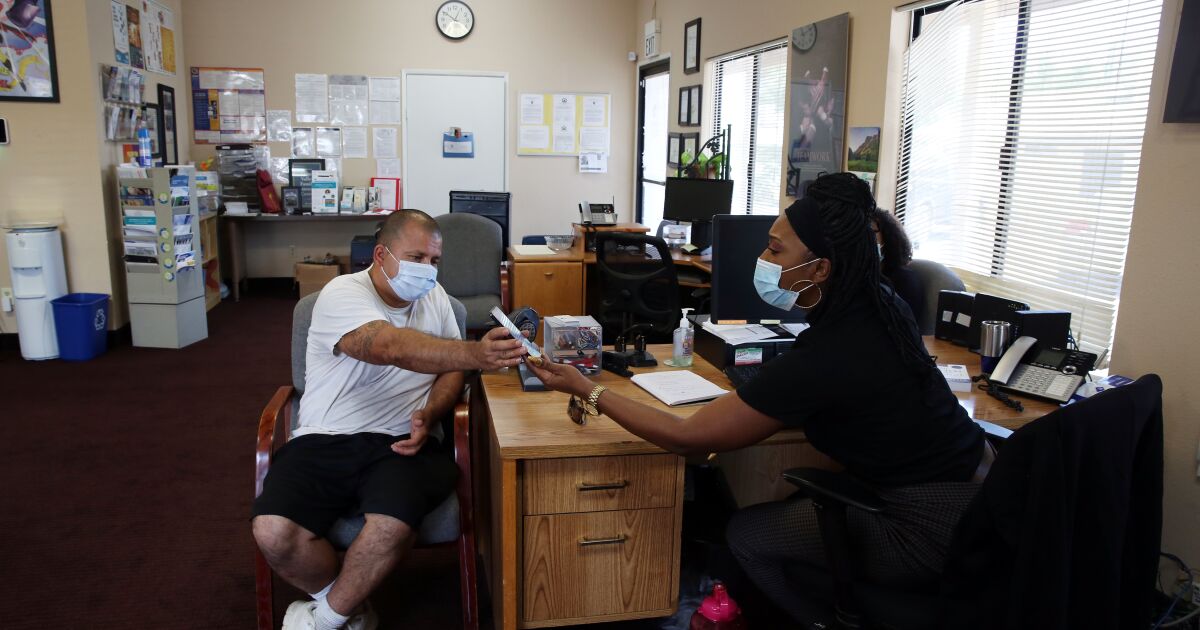 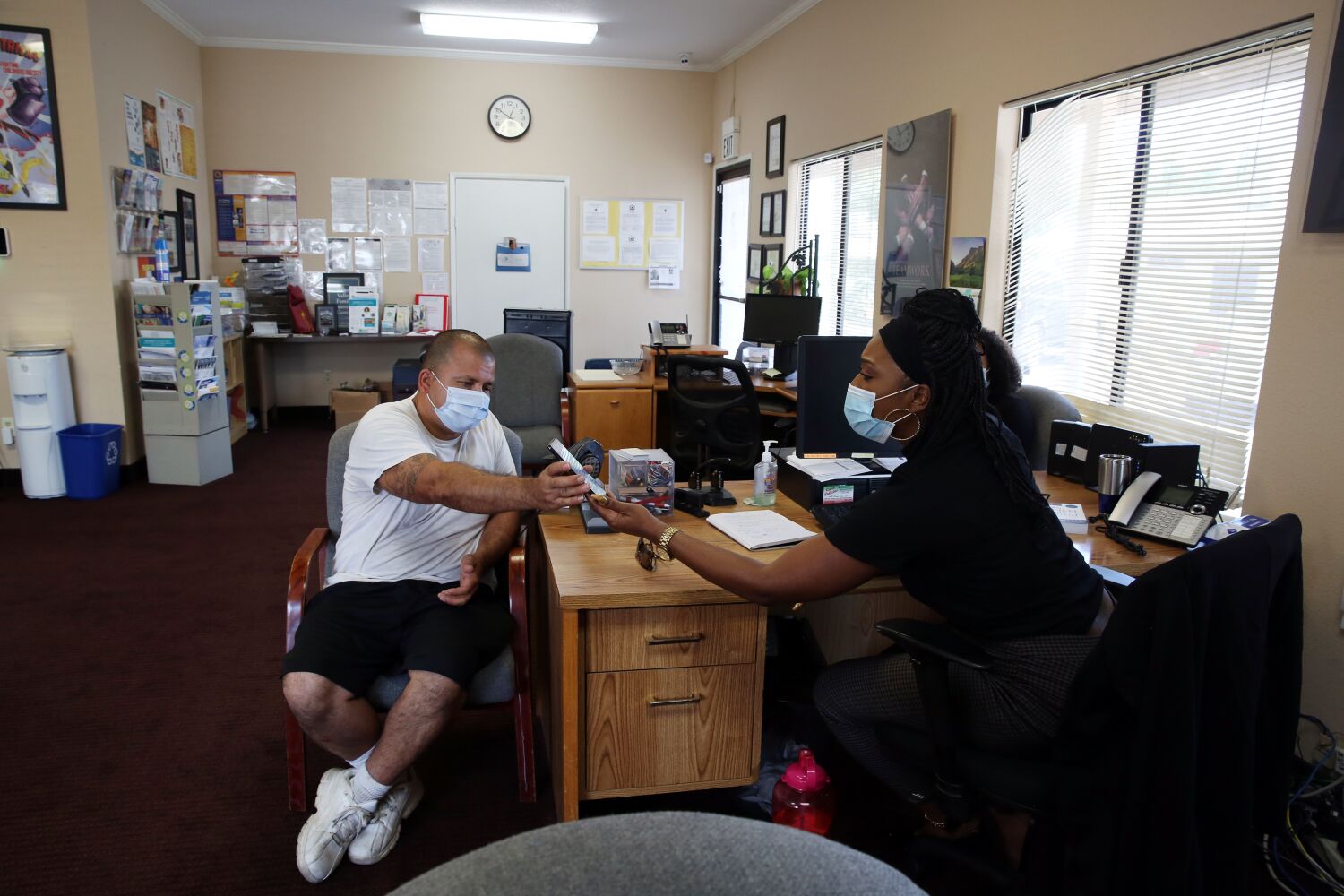 A Mojave Desert community and sheriff’s department will be forced to spend nearly $1 million to settle a civil rights lawsuit alleging they discriminated against Black and Latino renters, the U.S. Department of Justice announced Wednesday.

The settlement, which still needs approval by a federal judge, requires the city of Hesperia and the San Bernardino County Sheriff’s Department to pay tenants harmed by a city policy that required landlords to evict those who police had suspected were involved in criminal activity at or near the property — regardless of whether the allegations had resulted in an arrest, charges or conviction. The settlement terms would be enforced by a five-year consent order that requires regular reporting to the court and Justice Department.

The city rules were passed in 2015 as the Black and Latino populations in Hesperia, a community of 100,000, were increasing. In one city council meeting, a council member described their purpose as “to correct a demographical problem with people that are committing crimes in this community.” An investigation by the U.S. Department of Housing and Urban Development found that Black renters were almost four times more likely, and Latino renters were 29% more likely, to be evicted under the program than white renters.

Hesperia’s policy was known as “crime-free housing,” one in a collection of local laws and police trainings implemented across the country encouraging landlords to evict or exclude tenants with criminal histories or brushes with law enforcement.

A 2020 Times investigation showed that at least 147 cities and counties in California — more than a quarter of local governments across the state — have had crime-free housing programs. The Times investigation also found that such policies have disproportionately affected Black and Latino residents in California, making it harder for them to rent apartments and leaving them at greater risk of eviction. Among the 20 California cities with the largest increases in Black residents from 1990 to 2018, 85% approved crime-free housing rules, The Times found.

Despite concerns about racial bias, the programs often draw strong support from police, prosecutors and politicians who contend that they help keep neighborhoods safe, especially in areas with drug- and gang-related problems. Hesperia’s crime-free policy, however, was among the most extreme.

Before they passed their ordinance, city leaders and sheriff’s department officials said they were fed up with what they called an influx of residents who were committing crimes — even though the crime rate was stable at the time. One council member said that the crime-free housing policy was designed to weed out criminal outsiders the same way “you would call an exterminator to kill roaches.”

Enforcement was severe. In one case, a woman and her three children were evicted from their apartment after she called 911 to report that her husband was beating her with a television cable, the federal investigation found. The program also encouraged landlords to evict entire families even when just one person had purportedly engaged in criminal activity.

The Justice Department sued Hesperia and the San Bernardino County Sheriff’s Department in 2019, saying that the policies violated federal fair housing and anti-discrimination laws. At the time, city officials said that council members’ statements prior to the passage of the crime-free housing ordinance referred to criminal elements, not Black and Latino residents, and that they planned to vigorously defend themselves.

In response to the litigation and a prior suit filed by a group home provider in the city, Hesperia repealed its crime-free ordinance, and the sheriff’s department agreed to stop enforcement.

Under the proposed settlement, the city and sheriff’s department would have to set aside $670,000 to compensate tenants harmed by the program and pay nearly $300,000 in civil penalties, for marketing to promote fair housing and for partnerships with community organizations.

The Justice Department estimates that hundreds of people were affected by Hesperia’s rules. There’s no set amount an individual or family can receive and payments will depend on the severity of the harm and how many apply for funds, federal officials said.

COVID-19 global health emergency will hopefully end next year, WHO chief says. But ‘the burden of post-COVID condition is only likely to increase’


Sankey speaks on Leach's impact across many communities