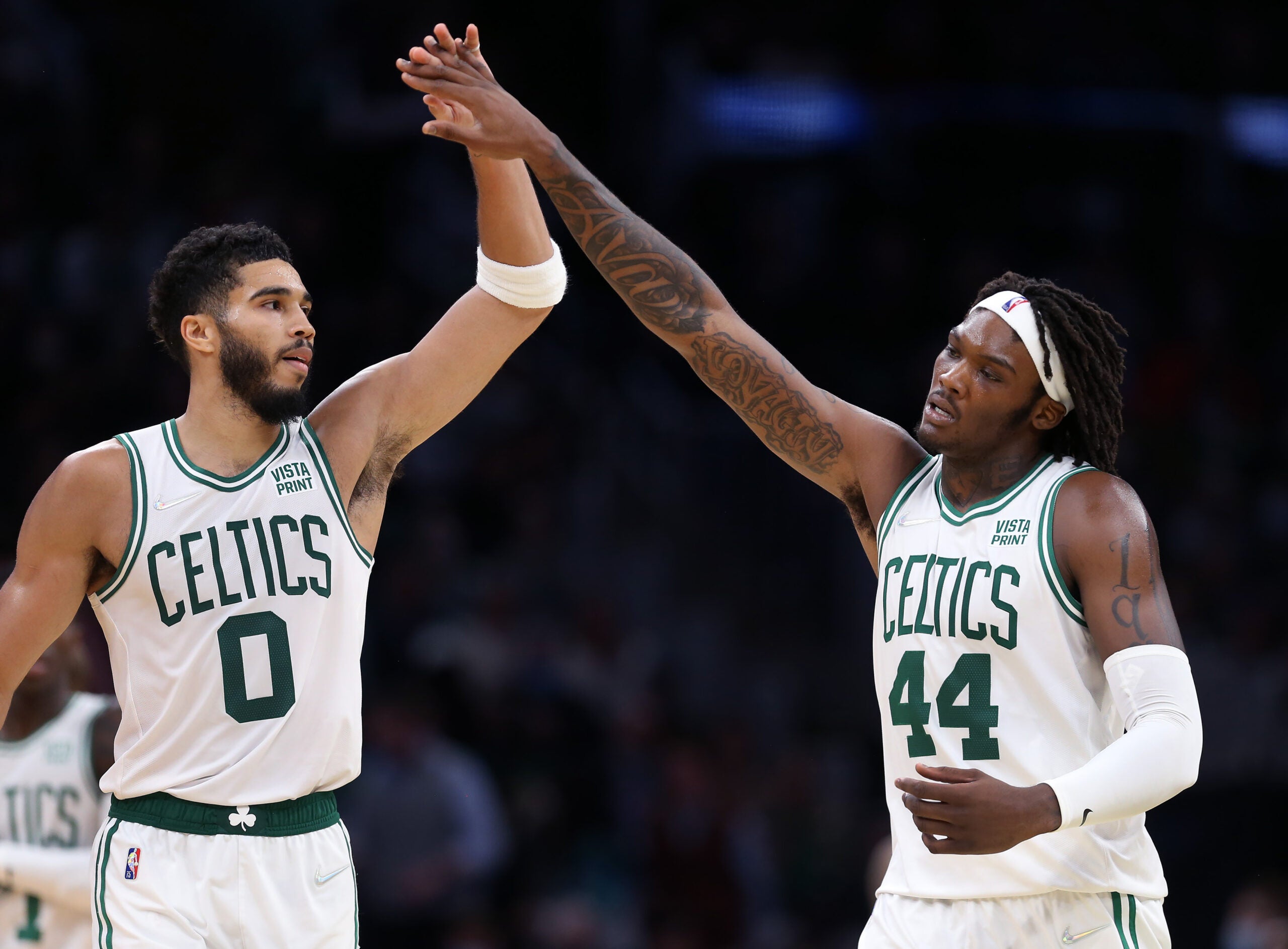 Jayson Tatum did not have to go out of his way to give Robert Williams a shout out following Tuesday’s blowout win over the Kings, but he did anyway.

Asked whether getting the full roster back together makes a tangible difference, the Celtics’ star smiled slightly.

Tatum and Williams have a ton of chemistry on the court together. The numbers are excellent: Their two-man lineup has a net rating of +8.6 per the NBA’s stats, and the Celtics have outscored opponents by 8.0 points per 100 possessions with the duo on the floor in 1,739 possessions this season.

A look at the film shows the extent to which Williams impacts Tatum as a scorer. Here’s a recap of the field goals (in order) Tatum made in the first half of his 51-point outburst against the Wizards:

So to recap: Tatum scored 31 first-half points and made 11 first-half field goals, 10 of which involved Williams either as a passer or as a screener.

The numbers were not quite as drastic against the Kings, but six of Tatum’s 14 baskets involved Williams in some way (we’re counting a 3-pointer Tatum took where Williams had perfect rebounding position if he missed).

The Celtics often use an interesting wrinkle with Williams screening Tatum, shifting him high above the 3-point line. Horford (who is more of a 3-point threat) often screens Tatum near the arc so he can pop out and shoot from deep rather than rolling to the rim, but Williams – of course – is not a 3-point threat.

Screening Tatum further away from the play gives him plenty of space to get going downhill, which is enormously helpful given all of his added muscle. On this play, Tatum got going fast enough to body Gafford under the rim (note how far from the 3-point line Williams is).

This play, meanwhile, got Thomas Bryant moving backward, and Tatum froze him with a pull-up 3-pointer. Williams set the screen nearly at halfcourt.

“We’ve been playing together three, four years,” Williams said. “I know what spots he’s trying to get to on the court. I know how to screen for him. We’ve got a pretty good feel for where others are going to be on the court and vice versa. ”

On the other end, Williams noted that Tatum “knows where I’m going to be when he needs an outlet.”

Here’s the first of Tatum’s seven assists against the Wizards in which he did not even really need proper footing to find Williams.

And here’s what happened when the Celtics ran a short-roll pick-and-roll with Tatum and Williams – once again nowhere near the 3-point line, just inside it this time instead of near half court.

Over his last five games, Tatum’s assists have spiked – 5.2 per contest, up from his season average of 3.9. He spread the assists around, but certainly, the loudest went to Williams.

“You can just throw it to the sky, and Rob will catch it,” Tatum said.

You can see why Tatum went out of his way.

“I love playing with JT,” Williams said. “I think it’s just the bond we’ve built on and off the court. …

“Off the court we’re tight, so it all plays into each other.”