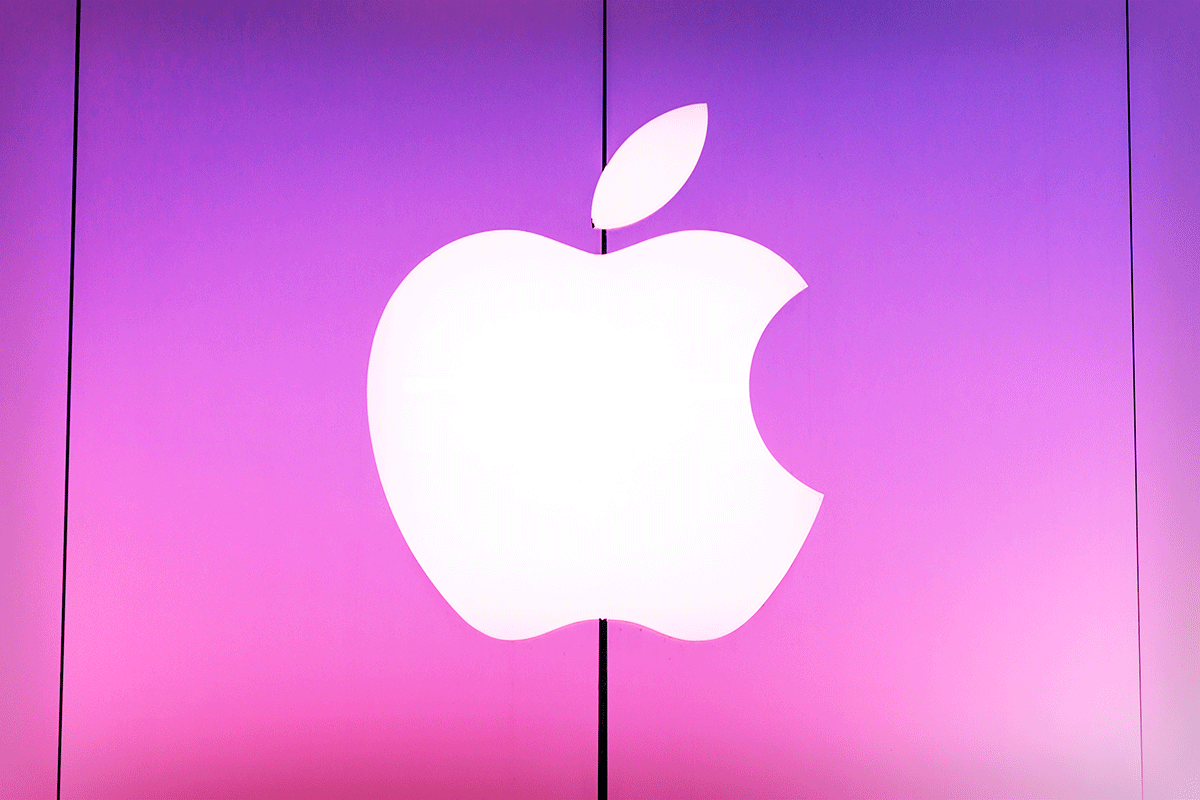 Real Money readers may remember a story I wrote about Costco (COST) on July 26 where I discussed a possible rising wedge pattern.
Today I noticed the same chart pattern on shares of Apple (AAPL) and this is making me a very nervous long in the stock market because of AAPL’s weighting in various index funds.

Let’s check out the charts of AAPL and what this might mean for the broader averages.

In the daily bar chart of AAPL, below, we can see that the shares have climbed steadily from a June low. Prices have traded upwards in a tighter and tighter pattern — a rising wedge, I believe. Trading volume has declined since early July and that is typical of this pattern.

The daily On-Balance-Volume (OBV) line has moved upwards from the middle of June. This is a positive but it has only slightly exceeded the late March high.

The Moving Average Convergence Divergence (MACD) oscillator is above the zero line but it looks like the two moving averages that comprise the oscillator have begun to narrow. This is an early warning of a potential reversal. Speaking of reversals, the candle pattern Thursday could be a spinning top or a doji which could be part of a top reversal pattern.

In the weekly Japanese candlestick chart of AAPL, below, we see a mixed picture. Prices have climbed and now trade above the 40-week moving average line.

The weekly OBV line shows a slight improvement from June to July. The MACD oscillator has crossed to the upside for a cover shorts buy signal.

In this daily Point and Figure chart of AAPL, below, we can see that the shares have reached a price target in the $167 area. Reaching a price target can motivate technically oriented traders to become profit takers. The volume at price bars (left scale) suggest that there may be significant overhead resistance.

Bottom-line strategy: We were constructive on AAPL in our July 11 review but now we must pivot to a defensive strategy. Longs should exit those positions and stand aside. The rally in AAPL on shrinking volume is not a positive development.

Get an email alert each time I write an article for Real Money. Click the “+Follow” next to my byline to this article.


Real Money’s message boards are strictly for the open exchange of investment ideas among registered users. Any discussions or subjects off that topic or that do not promote this goal will be removed at the discretion of the site’s moderators. Abusive, insensitive or threatening comments will not be tolerated and will be deleted. Thank you for your cooperation. If you have questions, please contact us here.

Thank you, your email to has been sent successfully.

We’re sorry. There was a problem trying to send your email to .
Please contact customer support to let us know.

Please Join or Log In to Email Our Authors.