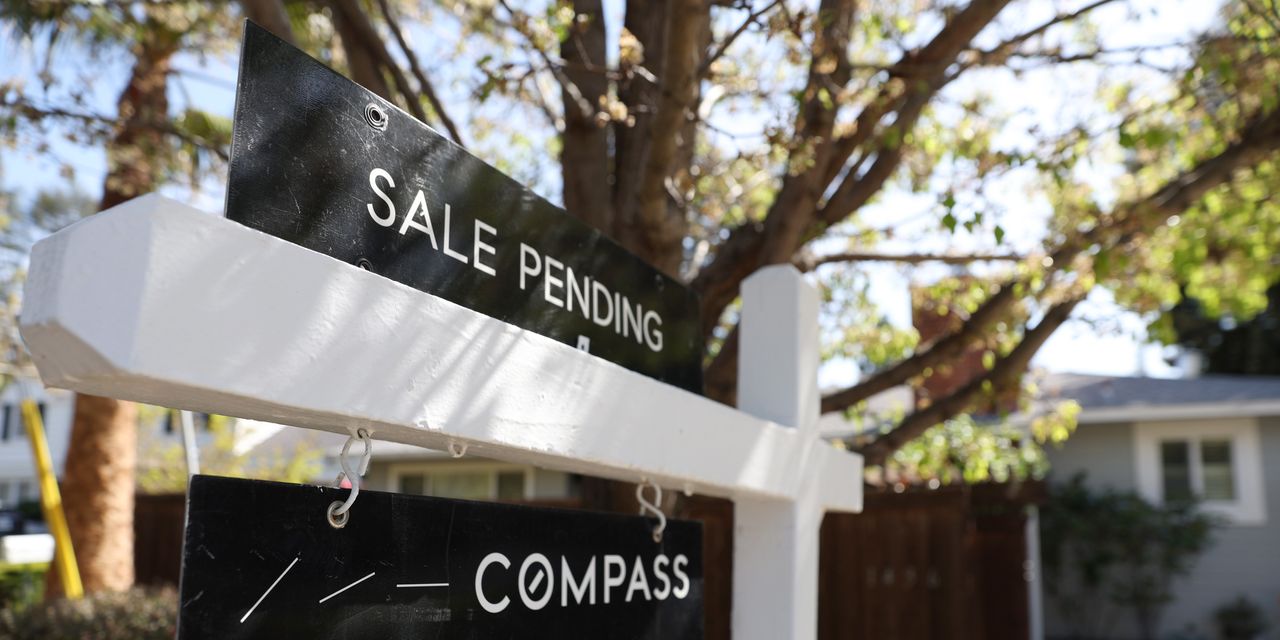 This housing market, it would appear, isn’t built on the same creaky foundations of the subprime crisis.

Consider these statistics from Fannie Mae FNMA,
,
the US government-backed buyer of home mortgages. The weighted average FICO credit score in the first quarter for a single family home was a sterling 748. The origination loan to value was 71%, and there were just 4% of homes with a loan to value above 95%. The percentage of buyers with a debt-to-income ratio above 43% – typically the point where lenders get skittish – was 29%.

That does not like the days of no income, no jobs, no assets. But it ignores the surge in house prices.

An anonymous blogger named SoldAtTheTop went through house prices in Boston, as an example. The blogger calculated home values ​​as if they continued on the trend from the eight years prior to 2019. What the author found is if prices reverted to a more normal trend, the average loan to value on a sample of jumbo loans that were tracked surges to 92% from about 70%. Jumbo mortgages are too large in size to be backed by Fannie Mae or Freddie Mac, and last year, securitizations of them rose to a 14-year high, according to CoreLogic.

“The loophole in the lending standards for this cycle appears to have been that home appraisals were either unable to accurately account for the outlandish price appreciation occurring in the market or were simply roundly ignored given the fact that borrowers came to the table with 20% – 30% down-payments and had good credit histories, ”the author writes.

“I suspect that my small sample is clearly demonstrating something important about the housing market dynamics this cycle, namely that there is real, yet to be fully realized, systemic risk coming from the prime lending market particularly for the performance of privately funded jumbo loans, ”Said the blogger.

Granted, the fact prices are overcooked relative to history does not mean they’ll immediately revert. The first casualty of the rise in mortgage rates has been housing transactions, not prices.

According to CoreLogic, house prices in May were still up 20% year-over-year, while pending home sales dropped 14% year-over-year. However, the forecasting firm Capital Economics says US house prices will start falling soon, by about 5%. Even then, a decline in prices does not immediately spell doom for jumbo mortgage owners, as long as the US labor market stays strong and owners can keep making their monthly payments.

The minutes from the last Federal Open Market Committee meeting are due at 2 pm Eastern, as investors try to discern how far the central bank will try to hike interest rates. There’s also the ISM services index and job openings data, both due at 10 am

stepped up its purchases of Occidental Petroleum OXY,
,
a new Securities and Exchange Commission filing shows, and is getting closer to the 20% level where it could reflect a proportional share of the energy company’s earnings in its own profits.

shares surged in Amsterdam after inking a deal with Amazon AMZN,

in which US Prime users will get a one-year membership to Grubhub, and the internet sales giant will be able to take a 2% stake.

After a volatile and mixed US trading day that saw tech stocks boosted by the fall in bond yields, US stock futures ES00,

pointed to a slightly weaker start. The yield on the 10-year Treasury TMUBMUSD10Y,

was nudging up from a 20-year low.

How unusual is it to see stocks and bonds falling in the same half? This chart from the fund manager Edmond de Rothschild shows just how weird it was. They say they are “cautiously positioned,” but see numerous opportunities in emerging markets and high-yield debt as well as in equities.

Here were the most active stock market tickers as of 6 am Eastern.

Google fund global misinformation by paying millions of ad dollars to clickbait actors, according to the MIT Technology Review.

It’s NBA summer league time, where you get to see thrills like 7-foot-6-inch Tacko Fall getting his shot blocked.

Need to Know starts early and is updated until the opening bell, but sign up here to get it delivered once to your email box. The emailed version will be sent out at about 7:30 am Eastern.