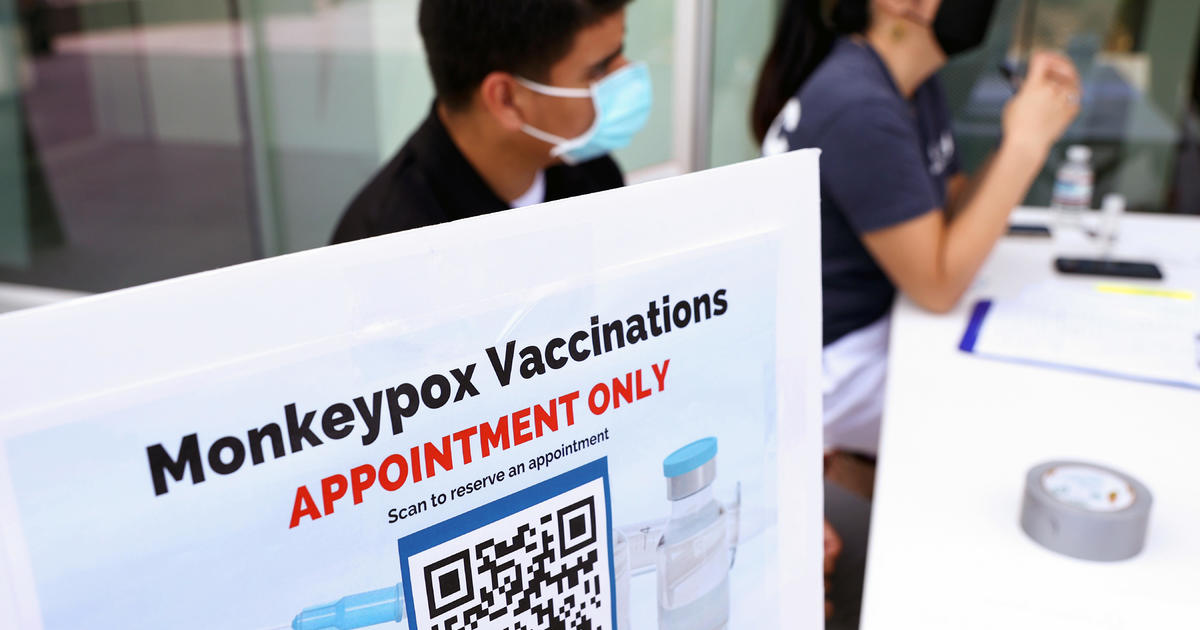 SAN FRANCISCO (KPIX) — Monkeypox cases are on the rise in California and across the country.

There are more than 7,500 confirmed cases nationwide and more than 820 in California, according to the Centers for Disease Control & Prevention.

“This declaration by President Biden will be helpful in opening up some resources but also allowing for faster approval of medication as well as new, better kinds of testing,” Wiener said. “So, this will definitely be a good step in fighting this outbreak.”

“I think it may be a little bit late but better late than never. I think it will have a significant impact,” he said. “Until there’s a national public health emergency, states and public health jurisdictions are not obligated to share data with the CDC. We need to know what’s going on, otherwise it’s like walking around with Vaseline or cataracts in our eyes.”

He said the federal declaration should help open the door to more resources and is also a symbolic move.

“It’s procedural, in terms of garnering all of the resources and data collection, etc.,” he said. “But it’s also highly symbolic. Saying it’s a public health emergency makes every American realize that he or she is potentially impacted by what’s happening in one population.”

The majority of confirmed cases have shown up in men who have sex with men but health officials remain adamant that anyone can get infected with monkeypox. It’s primarily transmitted via skin-to-skin contact and exposure to contaminated clothing or bedding.

Nationwide and in the Bay Area, people continue to queue up in long lines for vaccines which are still in short supply.

On Friday, the San Francisco Department of Public Health announced it will receive an allotment of more than 10,000 doses of the vaccine which will be available for distribution starting on Tuesday.

A walk-in vaccine clinic at Zuckerberg San Francisco General, 1001 Potrero, building 30, will reopen on Aug. 9. It will run from 8 am to noon.

Max Darrow is an Emmy award winning reporter/MMJ for KPIX 5. He joined the KPIX 5 news team in July 2021.