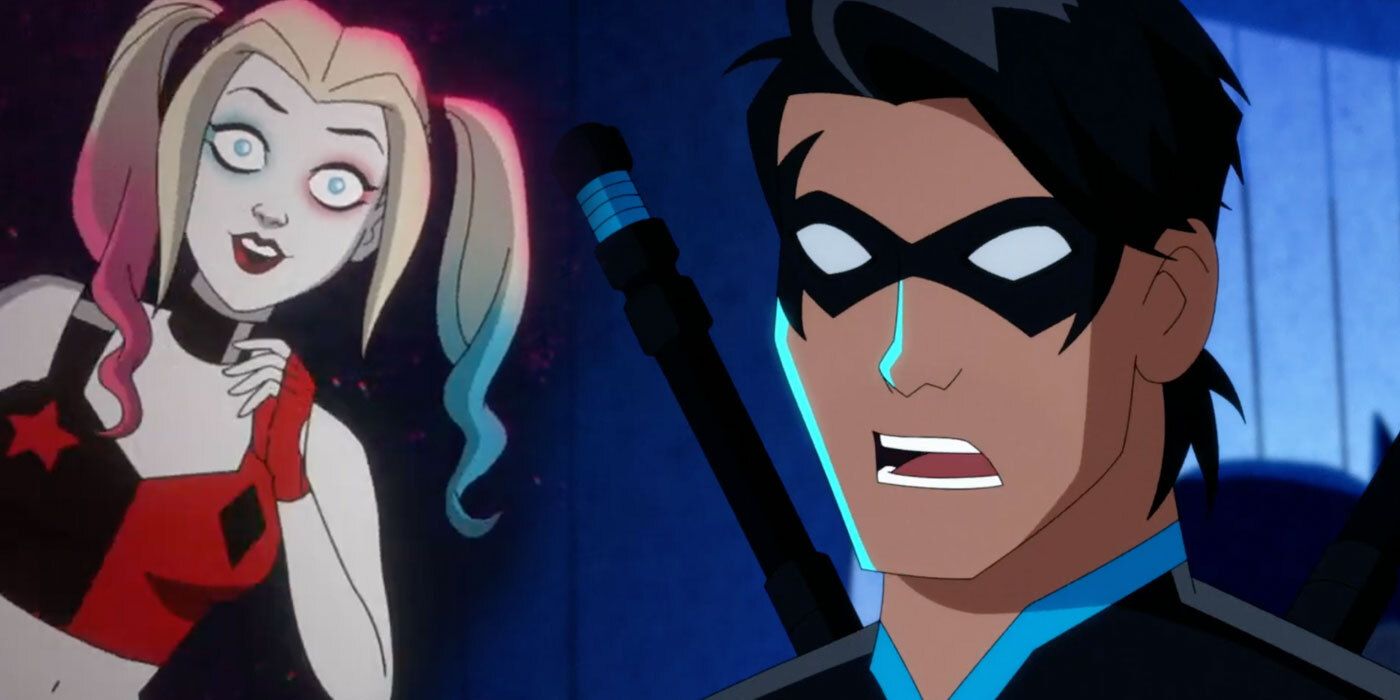 Following Guillén’s dramatic debut as the grown-up Dick Grayson, the actor took to Twitter to retweet fan-made content featuring the former Boy Wonder. The image, by artist Christian Cimoroni, featured a voluptuous version of Dick Grayson. The “thicc” fan design of the superhero quickly drew a series of approving comments from both the actor and fans.

Season 3 of Harley Quinn marks the first appearance of Nightwing and staying true to form, the series was quick to poke fun at the character with Quinn butting into his monologue at every opportunity. Guilén’s rendition of the character is very quickly established as the over-dramatic older brother in the Bat-Family, reluctantly returning to Gotham after failing as a solo hero. Grayson’s attempts at maintaining a dark and brooding facade are quickly shut down by not only Harley Quinn and Ivy, but by his own teammates as he tries to reintegrate and learn how to work with a team again.

Viewers quickly jumped on Twitter, declaring Harley Quinn‘s version of Nightwing as “peak Nightwing writing.” Guillén responded to many of these, describing the hero as “The Drama” of season 3 while praising the series writers, calling them “amaze balls.”

Nightwing is not the only Robin to be parodied in Season 3. Jason Todd’s gruesome murder by Joker also makes an appearance in passing, making reference to DC’s darker timelines in a tongue-in-cheek fashion. Batman’s family seems to be growing consistently as the series goes on, with both Barbara Gordon’s Batgirl and Damien Wayne’s Robin reappearing in recent episodes. Showrunner Patrick Schumacker stated in a recent interview that he wants more Bat-Family in future seasons.

Harley Quinn is a series dedicated to satirizing and re-imagining DC’s serious and dark content, creating a plethora of opportunities for audiences to experience the characters in a new way. The show’s focus on inclusivity and social commentary has drawn a lot of support online. Fans have been quick to engage and create content that mirrors the themes of the show, such as art featuring LGBTQ+ characters and various renditions of the characters.