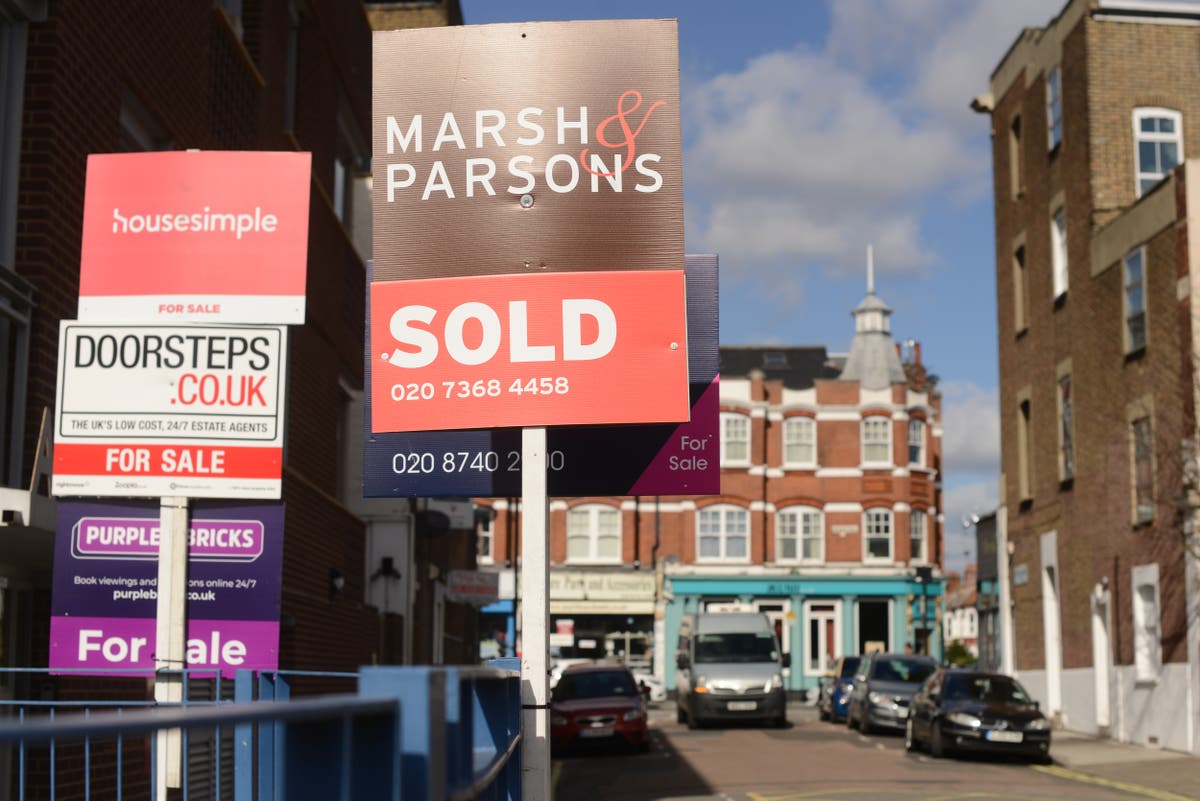 ore than half a million homeowners in London and the South-East face a “mortgage ticking time bomb”, new analysis revealed on Wednesday.

With the City widely expecting a historic half a percentage point rise in interest rates by the Bank of England’s Monetary Policy Committee (MPC) on Thursday, 565,000 people in the capital and surrounding region face paying hundreds of pounds more each month as cheaper fixed-rate deals expire.

The analysis showed that:

* Of the 2.1 million mortgage holders in London and the South-East, around 27 per cent — more than one in four — are estimated to have fixed-rate mortgages which will expire in 24 months or less.

* Successive increases to the Bank of England’s base rate since February mean that the typical mortgage holder on a tracker rate is already paying an additional £104 a month — or £1,248 a year — and they will see an immediate increase in payments from a further rice.

The repayment figures compiled by the Liberal Democrats were based on data from the trade body UK Finance and were calculated using a typical fixed average mortgage balance of more than £160,000 outstanding.

But financial experts say Londoners’ mortgages are significantly higher than that, meaning thousands of home owners in the capital will be facing an even bigger leap once their fixed-rate deals expire.

The party’s Treasury spokeswoman Sarah Olney told the Standard: “This is a hammer blow to homeowners who are already struggling to keep up with sky-rocketing bills. The mortgage ticking time bomb could prove disastrous for families and pensioners facing unimaginable energy bills this winter.”

The likely increase in interest rates comes amid concerns that energy bills could soar to more than £3,400 in October and the Bank forecasting inflation could jump to as high as 11 per cent later this year.

The respected think-tank the Resolution Foundation warned on Wednesday that the Bank could upgrade its inflation forecast to as much as 15 per cent by early next year because of uncertainty over the cost of gas due to Russia’s invasion of Ukraine.

Jack Leslie, senior economist at the foundation, said: “The outlook for inflation is highly uncertain, largely driven by unpredictable gas prices, but changes over recent months suggest that the Bank of England is likely to forecast a higher and later peak for inflation — potentially up to 15 per cent in early 2023.”

Tory leadership candidates Liz Truss and Rishi Sunak have both pledged to introduce new measures to tackle the cost-of-living crisis if they are elected prime minister.

A report by the National Institute of Economic and Social Research said that more than 2.5 million households are set to see their savings obliterated by the rising cost of living. It will mean that one in five households will have no savings by 2024.

The institute also says the number living pay check to pay check will nearly double from 3.9 million to 6.8 million in 2024.

The report called for the Government to increase universal credit payments by £25 per week for at least six months from October, which would cost around £1.4 billion, and also to increase its existing energy bill relief payments from £400 to £600 for 11 million low-income households, costing £2.2 billion.

Professor Adrian Pabst, deputy director for public policy at NIESR, said: “The incoming administration needs to provide immediate emergency support to the 1.2 million hardest hit households and the one in five households that will become financially vulnerable as the energy price cap is lifted and the recession begins to bite.”

The calls for more action came as the City braced itself for the first half point rise since the Bank of England was granted independence by Gordon Brown in 1997.

The last time the Bank’s benchmark lending rate went up as much was in February 1995 when what was then known as the Bank’s Minimum Band 1 Dealing Rate rose from 6,125 per cent to 6,625 per cent. However that was a much smaller rise in proportionate terms and came when Britain’s economy was in a stronger position.

City markets have now largely “priced in” a half point rise from Threadneedle Street at noon on Thursday following big moves by the western world’s biggest central banks, The US Federal Reserve and the European Central Bank over recent weeks.

The Fed increased its rate by three quarters of a point while the ECB opted for a half point rise last month. The Bank of Canada went even further with a full percentage point increase.

The Bank has raised the base rate by 0.25 percentage points four times this year in February, March, May and June – taking it from 0.25 to 1.25.

Traders fear that sterling would be dangerously exposed to further falls if the Bank bucks the trend and opts for a quarter point rise. Another factor is the worsening outlook for inflation as forecasts for increases in energy bills get progressively more alarming.

However, the rising cost of borrowing will worsen the cost of living squeeze for mortgage borrowers and make it more expensive for business to invest, increasing the risk that the UK will be tipped into recession over the winter.

Laith Khalaf, head of investment analysis at brokers AJ Bell, said: “The Bank of England is odds on to double-tap the rate hike button at its next monetary policy meeting, with a 50 basis point rise designed to show it means business in the fight against inflation.

“Unemployment is low, wages are going up and so are prices, all of which means more interest rate rises are waiting in the wings too. On top of all that, the Conservative party leadership race has seen the Bank’s track record called into question, casting an even brighter spotlight on the interest rate committee’s decision-making.

“Since the central bank’s independence in 1997, CPI inflation has averaged almost exactly 2%, which suggests that monetary policy has been a rip-roaring success.

“However, as any elite sportsperson knows, you’re only as good as your last result, and if the legacy of the ultra-loose monetary policy of the last decade is a period of sustained inflation, the credibility of the Bank of England will be called into question. Hence why the Bank is taking such a muscular stance on inflation, as its reputation is firmly on the line.”