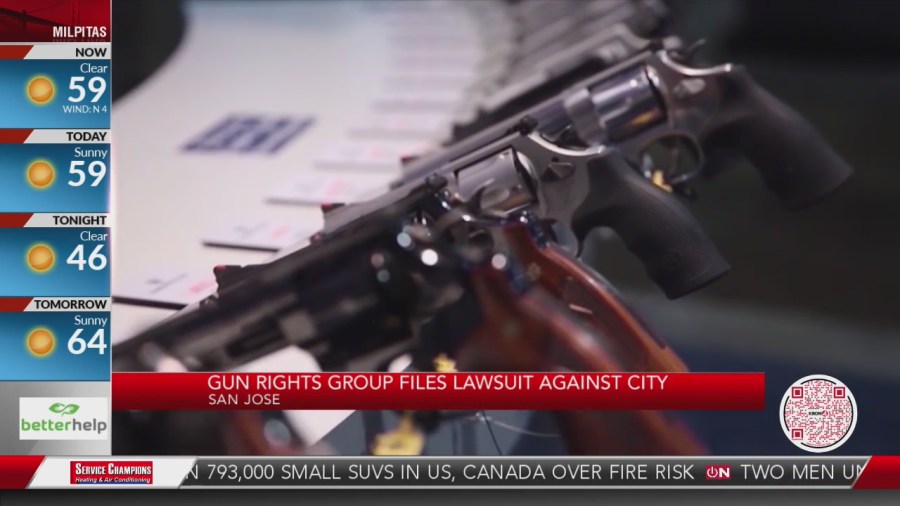 SAN JOSE, Calif. (KRON) – If it passes all of the legal hurdles ahead, an ordinance requiring San Jose gun owners secure liability insurance and pay an annual $ 25 fee will become law in six months.

“Is there anybody sane in California anymore?” said President Dudley Brown.

The National Association for Gun Rights is committed to preventing that from happening.

San Jose President Mark Sikes and the country’s largest gun rights group in the country filed a lawsuit against the city shortly after the city council passed the ordinance Tuesday night.

“We did it immediately, because we wanted to make it very clear that there were ramifications to passing America’s most insane gun control,” said President Dudley Brown.

The ordinance will authorize police officers to ask for proof of insurance when they see or suspect someone is in possession of a firearm on the streets or in a home.

For now, Mayor Sam Liccardo says fines and other administrative actions could be taken against violators but without the passage of supplementary state laws.

Officers will not take guns away unless there’s a reasonable belief it will or has been used for violence.

“I’m confident that we are going to emerge from this litigation with an ordinance that survives constitutional scrutiny, and that we will be able to implement this,” said Mayor Sam Liccardo.

The city says the annual fees collected from the ordinance will be used by non-profit organizations working to reduce gun violence, suicide prevention and gun safety classes.

“The fact that the city of San Jose is forcing citizens exercising a constitutional right to bare arms, particularly in their homes – they’re taxing that and giving the tax money to non-profits, to then use it for speech, that we all know is going to be used to criticize that very constitutional right, that is a violation of the first amendment, “said Plaintiff Attorney Harmeet Dhillon.

The ordinance does not specify how much the insurance will cost, but the mayor says staff research shows most people will incur little to no cost at all.