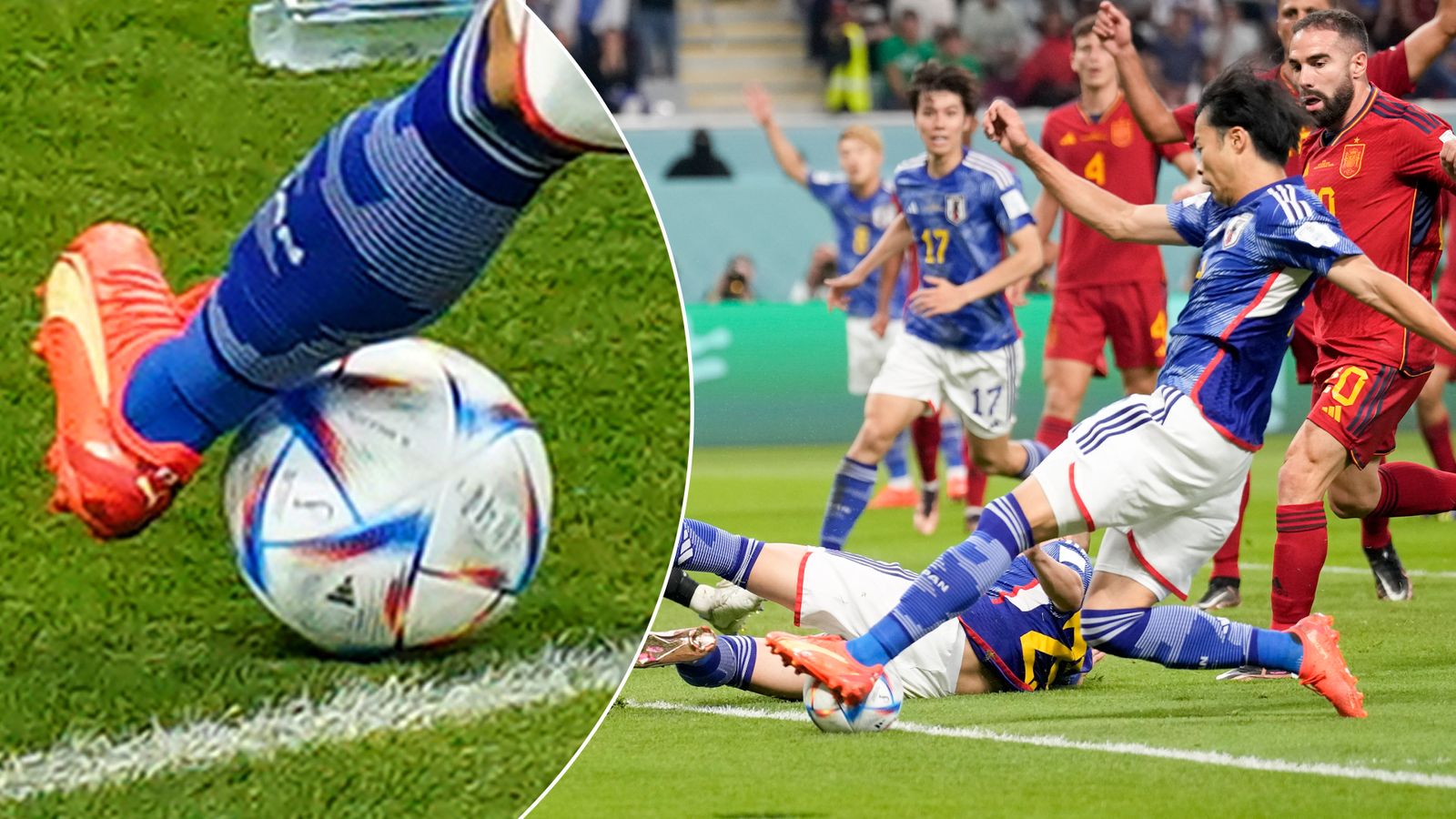 Graeme Souness has called upon FIFA to release conclusive evidence the ball stayed in play in the incident which led to Japan’s dramatic winner against Spain and knocked out Germany.

Ao Tanaka completed a stunning turnaround from a Kaoru Mitoma cut-back which initially appeared to have gone out of play. A lengthy VAR check followed the goal, but it sensationally ruled in favour of Japan, the full curvature of the ball not deemed to have crossed the line.

Japan’s victory meant they finished top of Group E, with Spain second and Germany, who beat Costa Rica 4-2 in a thriller, sent packing. But with replays of the incident appearing inconclusive, Sky Sports’ Souness demanded FIFA showed their evidence for making the decision.

Thursday’s thrilling finale as it happened

“There are 80 million Germans right now going mad, waiting for a picture that shows that ball didn’t go out of play,” he told ITV.

“Germany is not a small footballing nation. Why would you create confusion and not want to clear it up immediately?

“Why are FIFA not showing us something that is so controversial? Why aren’t they showing it to us? Clear it up for us, please.”

The on-field officials initially disallowed the goal, deeming the ball to have gone out, and despite initial replays appearing to back them up, VAR ruled that it should count, an aerial view later showing the ball had in fact not fully crossed the line.

Sky Sports’ Gary Neville questioned why television audiences were not shown all the angles of Japan’s winning goal afterwards.

“The high cam that is on the line does suggest that there might be some of the ball over the line,” he said on ITV.

“But from that very first offside goal, Ecuador vs Qatar in game one, I’ve struggled with it a little bit that we’ve not been given the correct angles, it just doesn’t feel right.

“In the Premier League we see all the VAR cameras, here we don’t.”

Thomas Muller, 33, who may have played his last international match for Germany, was left in disbelief at how their World Cup campaign had ended.

“It’s an absolute disaster! I don’t know what happens next. If this was my last game, then I would like to say a few words to the German football fans. It was an enormous pleasure, dear people,” a tearful Muller told ARD.

“We experienced great moments. I tried to leave my heart on the court in every game.

“It is unbelievably bitter for us because our result would have been enough. It’s a feeling of powerlessness.”

‘I am not looking for excuses’

Germany suffered a second consecutive World Cup group-stage exit after losing to Japan, drawing with Spain and beating Costa Rica – but boss Hansi Flick was not prepared to blame their early departure on the controversial VAR decision.

“There are so many reasons but I am not looking for excuses,” he said. “In the first half I was disappointed and very angry at my team and how we allowed the opponent to come back.

“We wanted to score three or four goals in the first half but then we made mistakes. If we had converted those chances, 16 of them.

“But the tournament was not decided today for us. We did not have any efficiency at this tournament and that is why we were eliminated.”

On whether he will resign, Flick added: “We’ll work that out quickly, it’s difficult to answer now right after the game when we’re eliminated. We’ll see about that soon.”

‘There is great technology nowadays’

On Japan’s second goal, manager Hajime Moriyasu, speaking through an interpreter, said: “We were just playing to win. We think that our intensity materialised as a goal.

“Whether the ball was out or not, there is great technology nowadays for big football (matches).

“If it was really out, it would have been a goal kick, but the judgement of the referee was it was in.

“We respected it, but we were willing to respect either way. The final judgement was it was in.”


Kanye West will not buy Parler after all