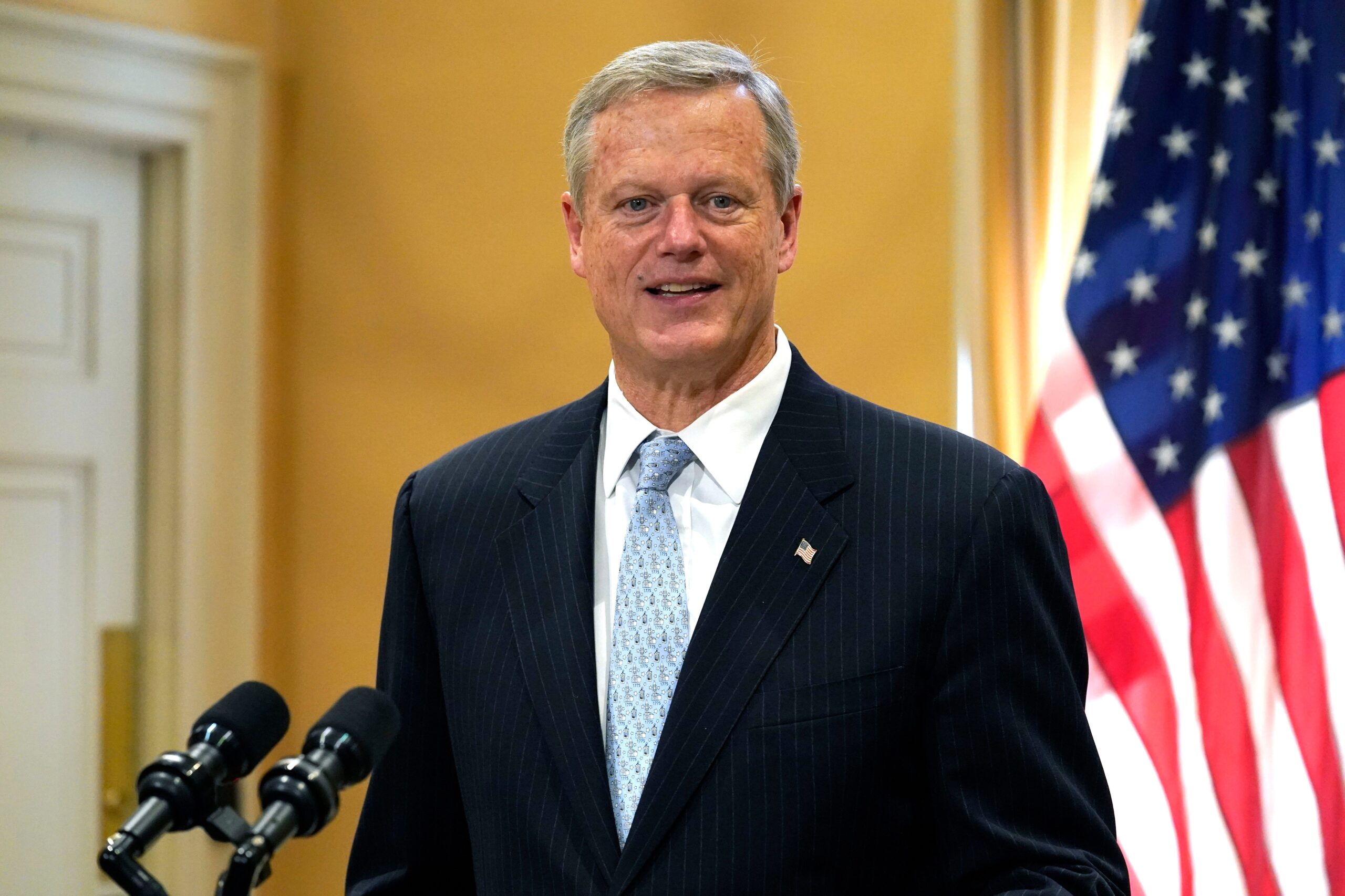 In 2020, Baker put out criteria that applicants would need to meet to be considered for a pardon. This includes stipulations such as the convict having taken full responsibility for their actions, making full restitution to victims, working towards self improvement, and contributing to society.

The three people pardoned Wednesday were all unanimously recommended by the state’s Advisory Board of Pardons under these guidelines.

“The clemency process is an integral part of our criminal justice system, and I take the responsibility of granting pardons very seriously,” Baker said in a news release about the pardons.

“After careful consideration of these cases and the recommendations of the Advisory Board of Pardons, I have reached the conclusion that these individuals are worthy candidates for a pardon.”

The pardons still have to be reviewed by the Governor’s Council before they are official, but it is rare for the council not to approve a governor’s pardons.

Baker has already pardoned over a dozen people in the last few months. It is common for governors to issue pardons towards the end of their final term in office.

Court documents from the Advisory Board of Pardons explain the history of each of the four individuals, why they are seeking a pardon, and why they were selected:

John Austin III was convicted of operating under the influence (OUI) of alcohol, second offense, on July 1, 1996, and sentenced to a year of probation in Natick District Court, according to court documents.

His first OUI offense was on Feb. 8, 1996. Court documents say Natick police officers caught Austin speeding in his vehicle and committing several traffic violations, such as crossing the center line, shortly after midnight that day. During a traffic stop, Austin showed many signs of intoxication and was arrested.

Austin has no criminal record outside of OUI offenses and completed his probation without incident. Court documents say that after his 1996 conviction, he realized he is “a person who should not drink,” and has stayed sober ever since.

In 2001, Austin trained as a firefighter and began working at the Natick Fire Department. During his time in the department, he has risen through the ranks to become a deputy chief. He has an associate’s degree fire science and is currently working towards a bachelor’s in emergency management.

Austin also has an associate’s degree from Mass Bay Community College, and currently works as a radiology technician at Mount Auburn Hospital in Cambridge several days a week.

Austin is married, has three children, and in his spare time, has organized teams to raise money for over 50 charity events benefiting organizations ranging from Run to Remember to the Navy Seal Foundation.

Austin has requested a pardon so that he can get a license to carry a gun, according to court documents. He previously petitioned the Massachusetts Firearm License Review Board for a license and was granted one by the Natick police chief, but in 2018, he received a letter from the FBI saying that he must surrender the license due to his felony conviction.

Austin also said in court documents that he worries his felony conviction could prevent him from achieving his goal of becoming a fire chief.

Because the case is so old, there is no police record, but according to court documents, Hagar said he was hunting with his father when he fired at a deer, not realizing how close he was to the road. The Boxford Police Department received a complaint about the gunshot, which led to his conviction.

Hagar has no other criminal record, court documents say. He is married with three children, eight grandchildren, and nine great-grandchildren. He served in the National Guard from 1956 to 1964, and is now retired from a career with UPS.

Hagar has also worked part-time at Lyons Funeral Home in Danvers for the past 20 years and is a member of the Danvers Fish and Game Club.

According to court documents, Hagar is requesting a pardon so that he can obtain a firearms license. He had one for over 40 years, but was unable to renew his license in 2019 because of his conviction.

Edmund Mulvehill Jr. was convicted of two counts of armed robbery in 1977 in Norfolk Superior Court. He was sentenced to seven years in prison, which were suspended for three years probation.

Mulvehill’s conviction was for armed robberies he committed in Norwood on March 4 and 5 in 1977, according to court documents. Both times, he threatened the store clerk with a knife. In total, he stole about $209. After the second robbery, the clerk called police, and they tracked down Mulvehill.

Mulvehill does not have any convictions apart from the armed robberies. According to court documents, he served in the Air Force from 1972 to 1976 and earned an honorable discharge.

Mulvehill said in court documents that during combat, he experienced traumatic events and used drugs and alcohol to cope. He developed substance abuse problems, which led to the armed robberies. After his conviction, he said, he decided he needed to take responsibility for his actions and change his lifestyle.

In the past, Mulvehill worked for the U.S. Postal Service, but has worked as the Director of Veteran’s Services for the town of Norwood, where he lives, for the last 20 years.

Mulvehill has been involved with, earned awards from, and held leadership positions in over a dozen community organizations ranging from veteran’s organizations to community service and political organizations. He has been married to his current wife since 2009 and has six children.

Mulvehill said in court documents that he wants a pardon so that he can obtain a gun license. He said he is concerned about violent crime and wants to own a gun to help protect his family.