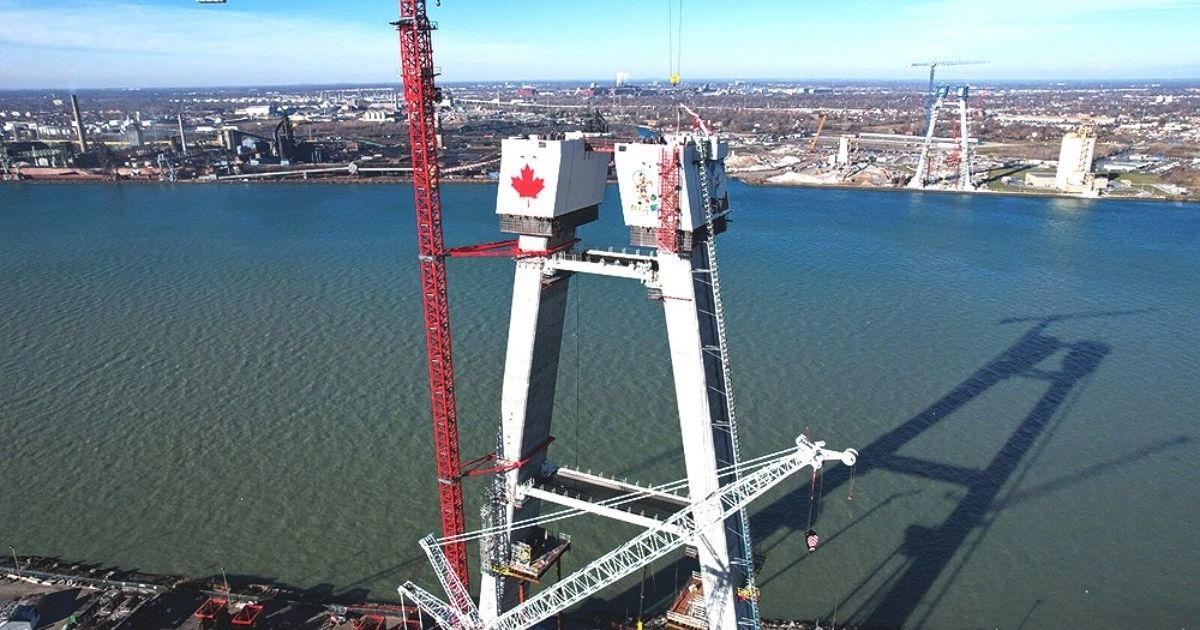 In addition to being an alternative to the privately owned Ambassador Bridge, the new span will help ease congestion. The Howe bridge links directly to Ontario’s Highway 401 and Michigan’s Interstate 75. The two multilane highways – at some points as wide as 18 lanes near Toronto – are a main artery for the automotive industry, connecting suppliers to automakers in both countries. The nearly century-old Ambassador suspension bridge, however, is not seamlessly connected to a divided highway on the Canadian side.

“[The new bridge] results in better trip-time repeatability and, importantly, predictability, which is so important in this commercial environment, where just-in-time delivery is at the base of everyone’s decision-making, ”Grondin said.

With construction activity currently at its peak, about 2,500 people are working on the four major components of the bridge project, which includes ports of entry in Canada and the US, the interchange with I-75 in Michigan and the 1.5-mile bridge itself. Roughly three-and-a-half years into construction, the bridge’s two main support piers currently top out at 430 feet, about three-fifths of their eventual 722-foot height.

“We’re still working toward our contracted opening date by the end of 2024,” Grondin said, “of course keeping in mind when we set that date, there was not a pandemic that we were dealing with.”

The WDBA does not have projections for how much traffic from the Ambassador Bridge and other crossings the Howe bridge will siphon off. Grondin expects a significant percentage of commercial and passenger vehicles to switch to the new route once the bridge opens.

Both truck traffic and passenger vehicles will pay tolls to cross the Howe bridge, but rates have not been determined. The WDBA plans to set the toll at a cost that’s competitive with other crossings in the region.

“We need more trade infrastructure, that’s just a given,” Canadian Vehicle Manufacturer’s Association President Brian Kingston said recently said on an episode of the Automotive News Canada Podcast. “The Gordie Howe Bridge, scheduled to open in 2024, will be a huge benefit to not just the auto industry but trade at large.”