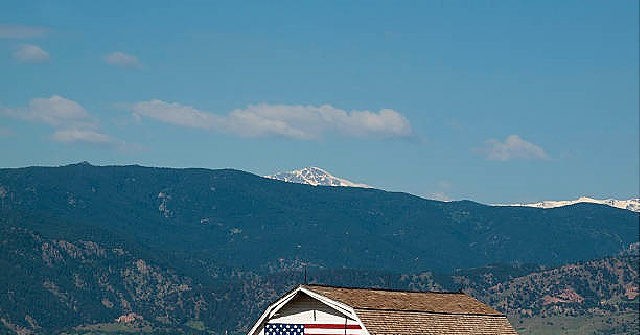 A bill led jointly by Representatives Louie Gohmert (R-TX) and Mary Miller (R-IL) would place a five-year moratorium on foreign land purchases to protect “American sovereignty” from being “eroded.”

Breitbart News received the text of the bill exclusively before its official introduction on Wednesday. The legislation, called the “Moratorium on Foreign Land Purchases Act,” would give the president the power to ban the purchase of public or private real estate in the United States “by any foreign person” for the five-year period following the enactment of the law.

The bill enumerates several regarding findings as reasons for the creation of the legislation, including several statistics on how foreign ownership increases housing costs for U.S. citizens.

According to the text, foreign investors now account for nearly a third of institutional investment in single-family homes in the United States. Breitbart News has previously reported how global investors “swallow” middle-class suburban housing, “enriches wealthy investors and turns potential homeowners into lifelong tenants without equity. “

Legislation says that increased foreign investment in urban areas has led to an increase in gentrification.

This is “to push many long-term residents out of their homes, including some of our most vulnerable and impoverished communities, ”according to the bill. In addition “rabout 47 percent of rural tenants pay a third or more of their rental income each month. The federal government has done nothing to help rural Americans cope with rising housing costs. “

The bill also calls for the EB-5 visa system, which allows foreign nationals to obtain green cards if they invest in specific business ventures, to be made “more stringent.”

The proposed moratorium hampers the Chinese Communist Party (CCP) and notes that Chinese nationals have allegedly led foreign investment in US homes “for the past seven years.”

“The Chinese Communist Party is trying to buy land in the United States, with an emphasis on agricultural land to achieve strategic leverage over the United States,” the bill continues. “Foreign companies and individuals have purchased 1.7 million acres of farmland in Texas over the past decade, which is more than in any other state. The purchases are worth about $ 3.3 billion. “

A particularly notable example is Chinese billionaire and CCP member Sun Guangxin, who planned to build a 140,000-acre wind farm he bought on the border with Mexico near Laughlin Air Force Base. The operation would likely have exploited the state’s power grid, and Texas lawmakers blocked the project for fear of hacking.

The legislation is similar – though much broader – to another bill, as rep. Chip Roy (R-TX) presented in June 2021. The bill, called “Securing America’s Land from Foreign Interference,” would give the president the power to ban Chinese Communists. Party members from buying public or private real estate in the United States