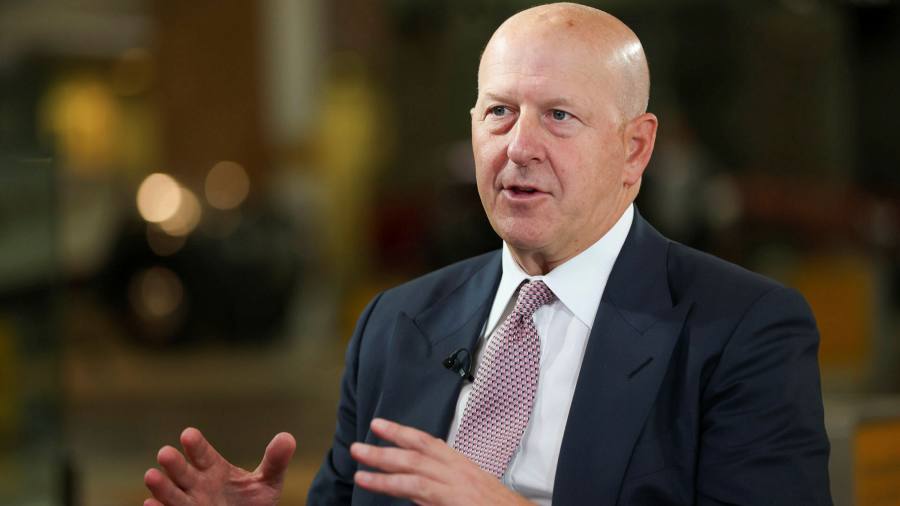 The pushback is a sign of frustration over pay packages at the largest banks. Wall Street’s leading firms increased pay by nearly 15 per cent in 2021, as dealmaking and trading boomed and in order to keep their top bankers satisfied amid a surge in global wage inflation.

Corporate America is facing a backlash over big bonuses awarded in 2021, which is on track to be a record high year for executive pay. Glass Lewis on Friday recommended shareholders at Coca-Cola vote against the company’s 2021 executive pay. Institutional Shareholder Services, the largest proxy adviser, has recommended shareholders at Honeywell International vote against bonuses.

Glass Lewis has taken issue with the decision by Goldman in October to grant performance-based stock worth $ 30mn to chief executive David Solomon and $ 20mn in stock for group president John Waldron. The awards would be paid out in October 2026.

In January, Goldman expanded these awards to include other members of its management team including Philip Berlinski, the bank’s global treasurer, and Kathryn Ruemmler, chief legal officer.

The compensation plans will be put to shareholders in an advisory vote at Goldman’s annual general meeting on April 28. At last year’s meeting, 94 per cent of the bank’s shareholders supported the company’s pay plan.

“We are concerned about special, one-off grants to the CEO and COO,” Glass Lewis wrote in a recommendation report to Goldman shareholders seen by the Financial Times. “We believe that long-term incentives should encourage executives to achieve steady and sustainable growth rather than what may amount to relatively brief spikes in performance.”

Goldman is awarding the grants based on the average performance of the lender’s share price during 30-day periods over the next five years.

The recommendations of proxy advisers such as Glass Lewis and ISS hold sway as they are often followed by passive investment funds. An ISS report on Goldman was not immediately available on Friday. Shareholder votes on pay are non-binding, but can highlight investor discontent with company boards and executives.

Coca-Cola declined to comment, while Goldman and Honeywell did not immediately respond to requests for comment. The Glass Lewis recommendation to Goldman shareholders was reported earlier on Friday by Bloomberg.

In its proxy materials for the shareholder vote, Goldman argued that the bonus plans help “drive long-term shareholder value creation” and also “ensure leadership continuity over the next five-plus years”.

Overall for 2021 – not including these special grants – Solomon, Waldron, Berlinski, Ruemmler and Stephen Scherr, Goldman’s chief financial officer who left the bank at the end of last year, collectively earned $ 125mn.

Rival JPMorgan Chase, which has faced investor blowback over its spending plans, last year granted its chief executive Jamie Dimon a special award of share options projected to be worth around $ 49mn.