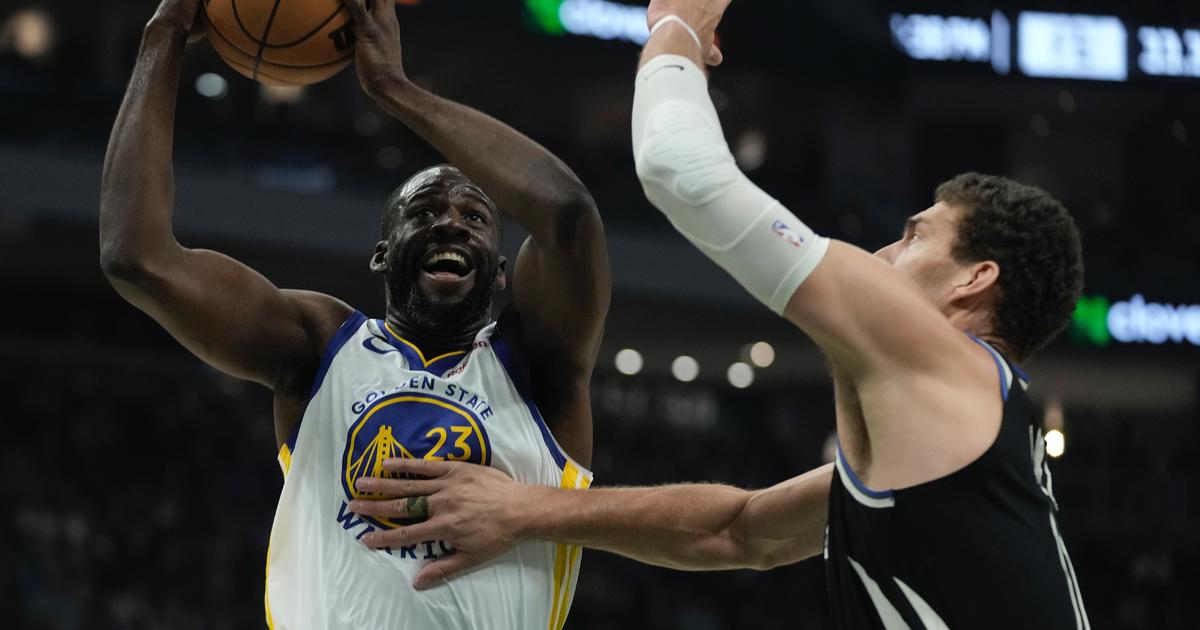 Milwaukee — A fan was ejected following a complaint by Golden State Warriors star Draymond Green during a game at Milwaukee on Tuesday night, and the Bucks said they are investigating the incident and consulting with the NBA.

CBSSports.com’s Jack Maloney reports that Green “engaged in a back-and-forth” with the fan while a member of the Bucks was attempting free-throws.

Security personnel removed the man, who was sitting a few rows beyond the baseline, during a stoppage in play with 5:19 left in the third quarter.

The fan said “some threatening stuff to my life,” Green said. “I was this close to really going back and diving all the way in, but just went back and told the official. And when I told the official, he said, ‘he’s got to get out of here.'”

According to Maloney, Green said the league is well aware of the fan behavior dilemma but can only do so much to control what people are going to say. His main frustration is that players are punished for their genuine reactions.

“We’re human beings,” Green said. “That’s the part I get frustrated with. I know it’s not an issue that the league ignores. I don’t think that’s the case. I know they spend a ton of time on it. Quite frankly, people are gonna be people, they’re gonna say the things they want to say. You can put them out, and that’s great.”

Maloney quotes Green as adding, “It’s no different than when you see people come on the field and run on the court. People are just doing it for attention because there’s no real consequence. Alright, you can’t go back to the game, but even if you get arrested, nothing really happens. You may have a $500 bond or something, but nothing really happens.

“You hope it gets to a point to where these leagues can work with legislators to implement laws, because that’s the only thing that’s gonna ultimately correct the issue is if you know something real is gonna happen to you.”

After Milwaukee’s 128-111 win, the Bucks said in a statement: “Under the referee’s discretion, we are investigating the situation and we are conferring with the NBA.”

Two weeks ago, Green was fined $25,000 by the NBA “for directing obscene language toward a fan.” The situation occurred during the fourth quarter of Golden State’s loss at Dallas on Nov. 29.