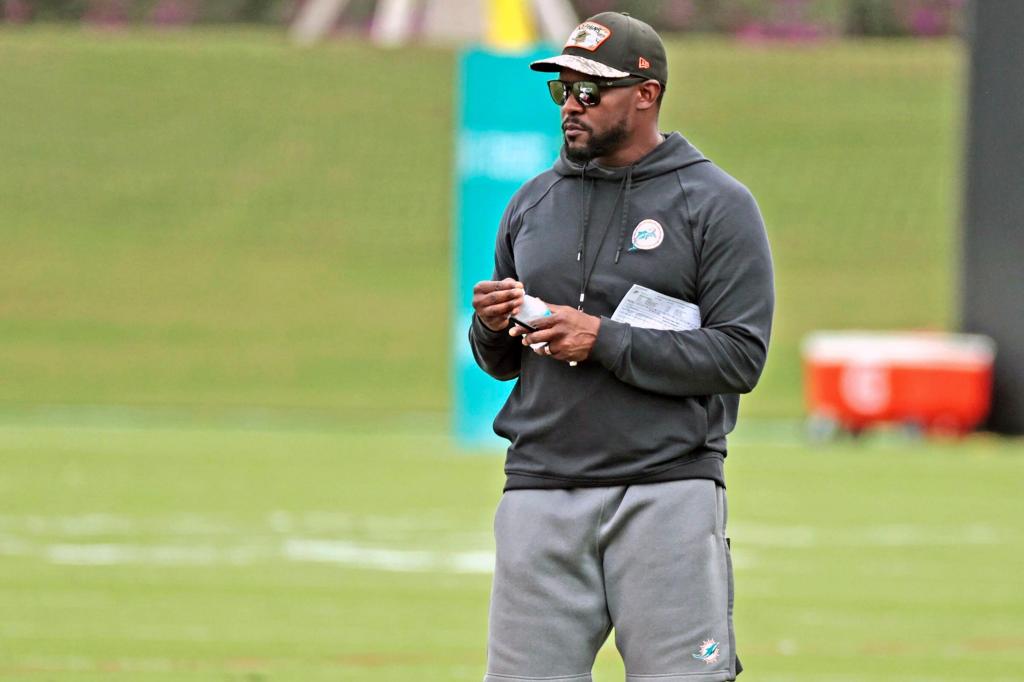 Flores claimed he had several “sham” interviews for head coach jobs, including with the Giants, after being fired from the Dolphins in January. He claims that he was only interviewed for these jobs so that the teams could meet the Rooney rule’s requirement that minority candidates be interviewed, and was never seriously considered for these vacancies.

“Brian Flores has raised serious issues in filing his complaint. The specific allegations against the Giants and Mr. Flores’ allegations about the legitimacy of his candidacy for our head coach position are disturbing and simply false,” the team said.

The team claims that it conducted its interviews for the head coach appropriately and first decided on former Buffalo Bills offensive coordinator Brian Daboll on January 28, more than a day after Flores’ second interview with the team.

“The claim that the Giants’ decision was made before Friday night, January 28, is false. And to base that claim on a text exchange with Bill Belichick, in which he ultimately states that he” believes “that Brian Daboll would get the job, is irresponsible.The text exchange took place the day before Coach Daboll’s personal interview even took place.Giants’ ownership would never hire a head coach based solely on a 20-minute zoom interview, which is all Mr. Daboll had on it point in time.”

“In addition, Mr. Belichick does not speak for and has no affiliation with the Giants. Mr. Belichick’s text exchange provides no insight into what actually happened during our search for the head coach. ”

According to Flores ‘suit, New England Patriots coach Bill Belichick accidentally sent him a congratulatory note, scheduled for Daboll on January 24, three days before Flores’ second interview with the Giants.

“Sorry – I f – this,” Belichick wrote to Flores according to screenshots. “I double-checked and misread the text. I think they name Brian Daboll. I’m sorry.”

The Giants said they had not decided on that cross, pointing to a timeline that included co-owner John Mara who reached out to Flores to tell him he was a serious candidate for the job as well as a dinner with newly hired GM Joe Schoen on January 26, the night before Flores’ second interview.

“Our hiring process and certainly our consideration of Mr. Flores was serious and genuine,” the team said. “We are disappointed to hear that Mr Flores had the erroneous impression that the job had already been awarded.”

The Giants’ statement came hours after the Broncos similarly refused to give Flores the round during a previous coaching search.

Broncos president of football operations John Elway said he interviewed Flores “in good faith” in 2019 and was “prepared, ready and fully engaged throughout the” process.

Flores claims that Elway and other Broncos executives were hangovers after “drinking a lot the night before” and arrived at the interview an hour late and looked “completely ragged.”

Elways said he and others may have seemed tired due to a late flight to the interview and only a few hours of sleep in advance.

The Broncos eventually hired Vic Fangio, who was fired in January after three seasons.