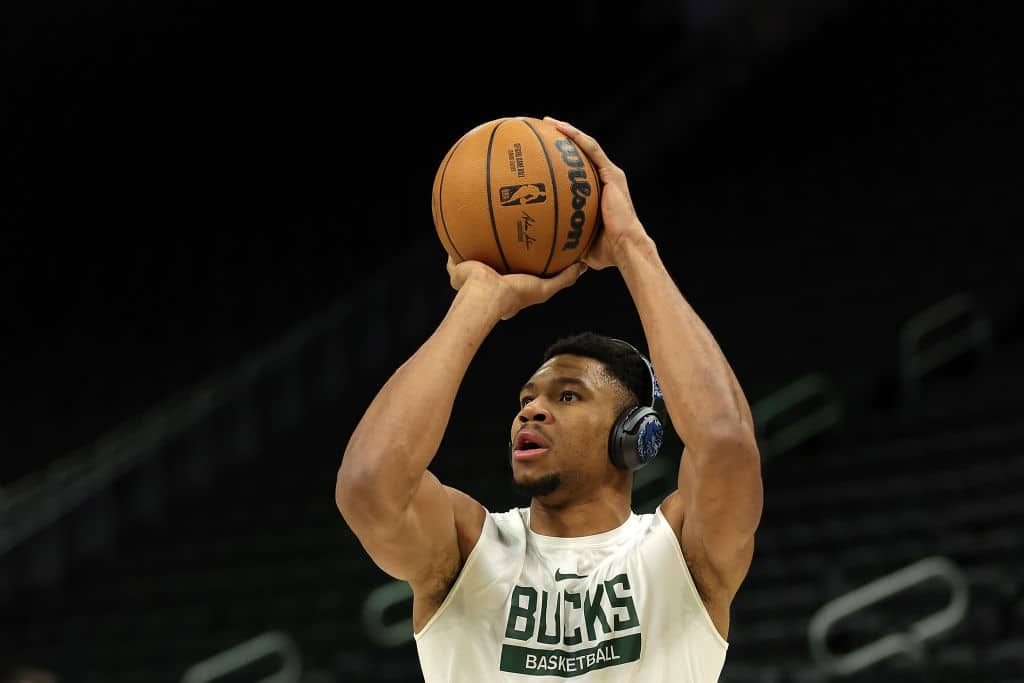 No one would ever say that Giannis Antetokounmpo of the Milwaukee Bucks isn’t one of the best NBA players alive right now.

Those are only some of the accolades that Antetokounmpo has gained during his 9 years in the league.

Even with all that acclaim and success, there are certain parts of his game that get critiqued.

For example, a lot of people speak poorly about how much time Antetokounmpo spends when he’s getting ready for a free throw attempt.

Antetokokounmpo isn’t exactly fast when he is winding up for a FT, and has actually been called out by the refs before for a delay of play foul because he will sometimes exceed 10 seconds before putting up his shot.

The other night, Antetokounmpo spoke about his slow and steady process when it came to the charity stripe.

And it doesn’t sound like he will be changing much.

Antetokounmpo is currently averaging 31.1 points, 11.3 rebounds, and 5.3 assists in this season.

He’s also nailed 53% of his field goal attempts, which is definitely an MVP-caliber stat.

He’s sinking 62.8% of his free throws, down from his career average of 71.3%, so you can’t blame the man for wanting to spend a lot of time lining up his shots.

The reality is that there are so few weak links in Antetokounmpo’s game that anything like his slow free throw routine is going to draw attention.

It’s literally one of the few things that people can poke fun at about him, he is just such an all-around amazing player.


Nanoaetherphone Is A Special MIDI Controller