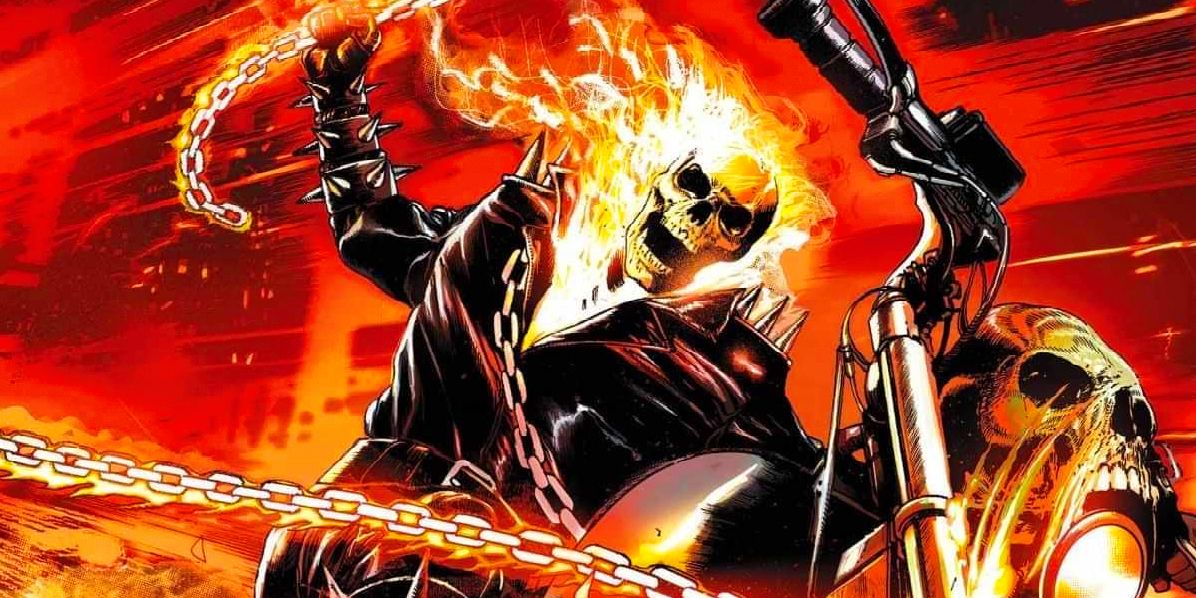 One of Johnny Blaze’s oldest enemies makes a terrifying comeback, and it makes Ghost Rider’s latest journey even more harrowing than he imagined.

Johnny Blaze has just ridden straight into the clutches of one of his most dangerous demonic foes, Blackheart, and the villain has big plans in store for the Spirit of Vengeance

Ghost Rider #5 sees Johnny follow the mysterious clues left behind by his infernal alter-ego. When he joins in a devilish motorcycle race known as Hell’s Backbone, it is under the belief that winning will award the victor a single wish granted by the devil himself. The devil Johnny finds at the end of the road, however, is none other than the ancient demon Blackheart.

Blackheart explains that he was the one behind Johnny’s nightmarish life in the suburbs, as well as all the horrors he has seen since leaving it behind. It appears that the demon never wanted to destroy Ghost Rider in the first place; Instead, Blackheart attempted to corral Johnny so that the hellish hero would be out of the way of his plans to create his own “Shadow Country.” Now that it has become clear Johnny will always manage to get in his way, Blackheart has finally decided it is time to simply end his life and that of the Ghost Rider along with it.

Blackheart was introduced in the pages of 1989’s Daredevil #270 by writer Ann Nocenti and artist John Romita Jr. as the manifestation of centuries of evil perpetrated in the town of Christ’s Crown, New York. When the malice which had accumulated there reached its breaking point, and with a little help from the demon Mephisto, Blackheart was born. Although the then newly created villain’s earliest rampage was thwarted by the classic team-up of Daredevil and Spider-Man, Blackheart has gone on to become one of the premier supernatural threats in the Marvel Universe.

RELATED: Marvel Enlists Ghost Rider in the Most Shocking Team Yet

Over the years Blackheart has committed to carrying out some truly horrific plots, including creating his own legion of Spirits of Vengeance to oppose Danny Ketch’s Ghost Rider. More recently, Blackheart has returned to torment Patsy Walker, aka Hellcat, who also shares close, albeit uncomfortable, ties to the infernal. Hellcat was luckily able to resist the demon’s influence in spite of the incredible power he had to offer here.