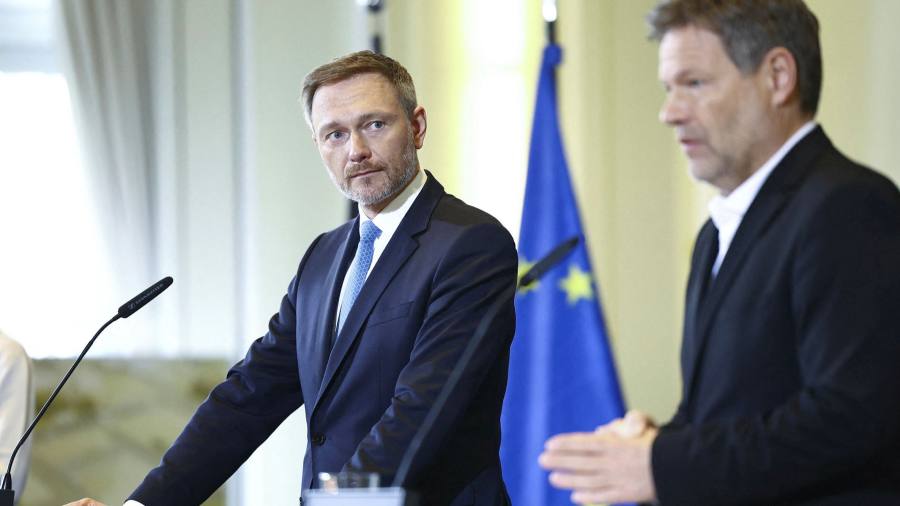 The German government has announced an aid package to support companies hit by the fallout of the Ukraine war and the sanctions against Russia, the leading energy supplier to the eurozone’s biggest economy.

The measures include a new € 100bn program of short-term loans from state-owned KfW development bank for energy companies struggling to cover the vastly increased cost of insuring themselves against higher oil and gas prices.

The package will also provide an estimated € 7bn of loans from KfW to boost liquidity at companies whose operations have been hit by the war and provide further government guarantees for bank loans to businesses with funding problems.

The aid package, described by finance minister Christian Lindner as an “economic shock absorber”, is similar but on a smaller scale to the one launched by Berlin to support companies hit by the coronavirus pandemic in 2020.

German companies have warned of dire consequences if the war in Ukraine leads to a severing of energy supplies from Russia. Some carmakers and steel producers have already had to close production because of surging energy costs and shortages of parts made in Ukraine.

The support plan, announced by Lindner and Economy Minister Robert Habeck on Friday, will provide “a time-limited and narrowly defined cost subsidy” for companies whose electricity costs have at least doubled since last year.

The ministers said Berlin was also planning to inject capital directly into companies via equity or hybrid investments, initially through KfW and subsequently through a separate fund. They did not say how much it could invest.

“We will cushion hardship and prevent structural breaks,” said Lindner, adding that the plan was “precisely targeted” to avoid discouraging the transition away from fossil fuels.

The new € 100bn loan facility at KfW will provide some relief for German utilities, which have been warning that energy markets could seize up because of the heavy cost of insuring against higher prices through financial derivative markets.

A group representing Europe’s largest energy traders – including Shell and BP and big German utilities – made an unsuccessful appeal to central banks last month for help with extra “margin calls” required to cover their exposure to higher energy prices.

Uniper, the German utility, had to raise € 10bn of extra financing this year, partly from KfW, to avoid a cash crunch after gas prices surged in the build-up to Russia’s invasion of Ukraine.

Brussels agreed this week to ban coal imports from Russia, which provides 70 per cent of the thermal coal imported by the bloc. However, the ban will only come into force in August, because of a German demand for more time to adjust to other sources.

Some EU countries are pushing for sanctions to be expanded to include a full embargo on Russian oil and gas imports, but Germany has resisted this. German chancellor Olaf Scholz was repeatedly asked about Berlin’s reluctance to ban imports of Russian energy at a press conference in London after his meeting with UK prime minister Boris Johnson.

Scholz defended Berlin’s plans to replace Russian oil imports by the end of this year and to substitute Russian gas imports by 2024, saying it was “not feasible” for Germany and many eastern European countries to do so immediately.

“It is absolutely necessary that we build the infrastructure necessary to do this,” he said, adding it was “not that easy” because it would require the construction of new pipelines to the north of Germany and the installation of regasification vessels to convert liquefied natural gas. “We started doing this before the war began,” he said. “We are doing all we can.”

Before the war began, half of German gas and thermal coal imports came from Russia, which also supplied a third of the country’s oil imports.