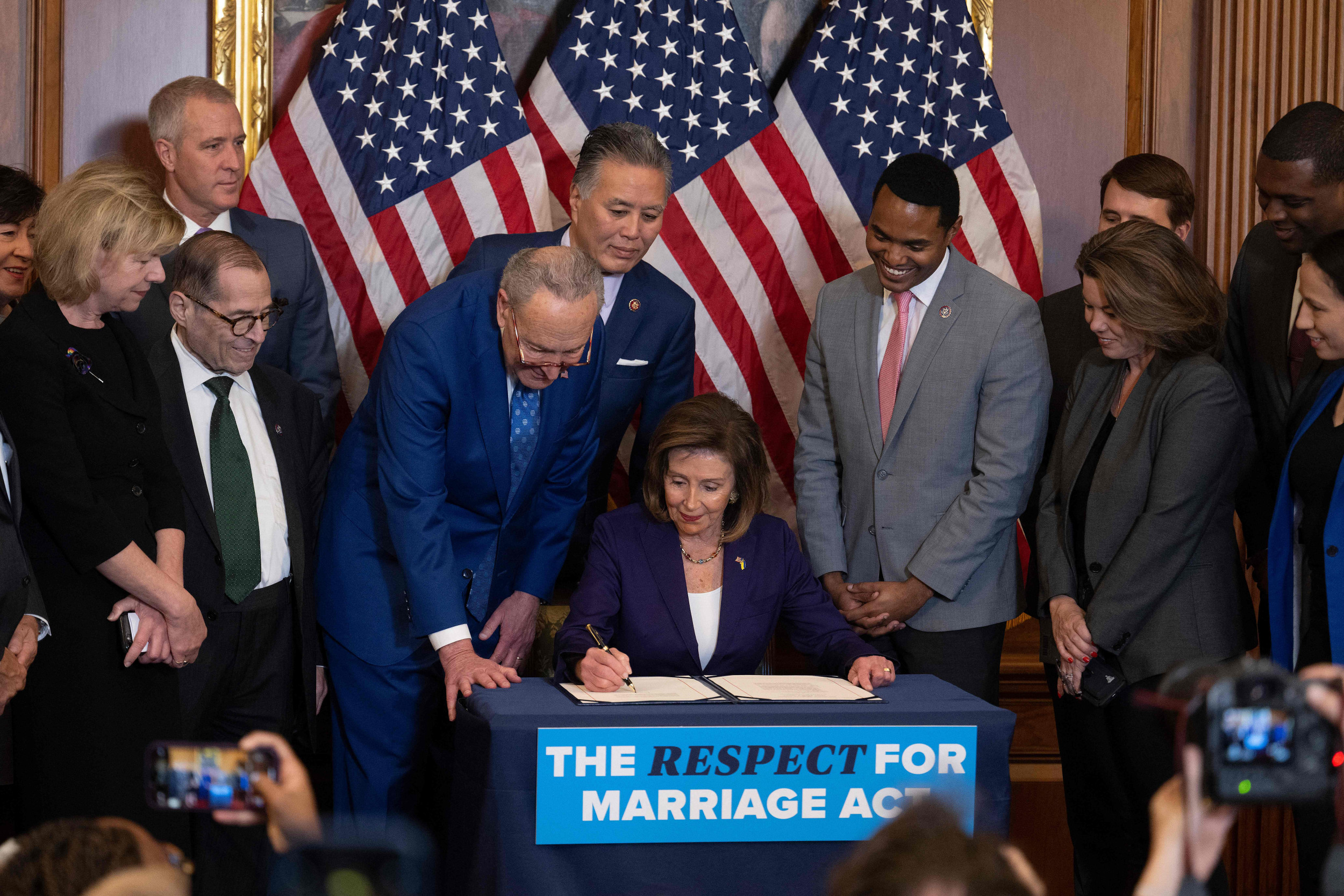 The bill, which passed by a vote of 258-169-1 Thursday, will recognize legal same-sex marriages across the country.

Democrats pushed for this bill to pass before they lose control of the House amid fear that the landmark 2015 Supreme Court case Obergefell v. Hodges, which legalized gay marriage, could be overturned following the Supreme Court’s decision to overturn Roe v. Wade.

Back in July, the House first voted to approve the bill 267-157. Every Democrat and 47 Republicans voted in favor of the legislation.

Today, only 39 Republicans voted in support of the RFMA.

Among them include Representatives:

In a statement, Representative Stewart said he voted again in support of the bill to expand “current religious freedoms and LGBTQ civil rights.”

“I proudly voted in July to codify these all-important protections,” he said. “And today I was proud to once again vote in favor of protecting our LGBTQ and religious friends and neighbors. As a man of faith and a conservative, ensuring the religious liberties of people in Utah is absolutely essential.”

Two Representatives, Gallagher and Herrera Beutler, flipped from a “nay” vote in July to a “yea” vote today.

Seven Republicans flipped from a “yea” vote to a “nay” vote. Those include Representatives Cliff Bentz of Oregon, Brian Mast of Florida, Dan Meuser of Pennslyvania, Maria Salazar of Florida, Scott Perry of Penn and Jeff Van Drew of New Jersey.

Representative Burgess Owens of Utah voted “present.” Four Republicans did not vote on the measure.

It would also protect interracial marriages by requiring states to recognize legal marriages regardless of “sex, race, ethnicity, or national origin.”

This final House vote comes one week after the bill passed in the Senate by a vote of 61-36.

The legislation also had bi-partisan support from 12 Republicans, including:

The measure will now be sent to President Joe Biden’s desk to be officially signed into law.