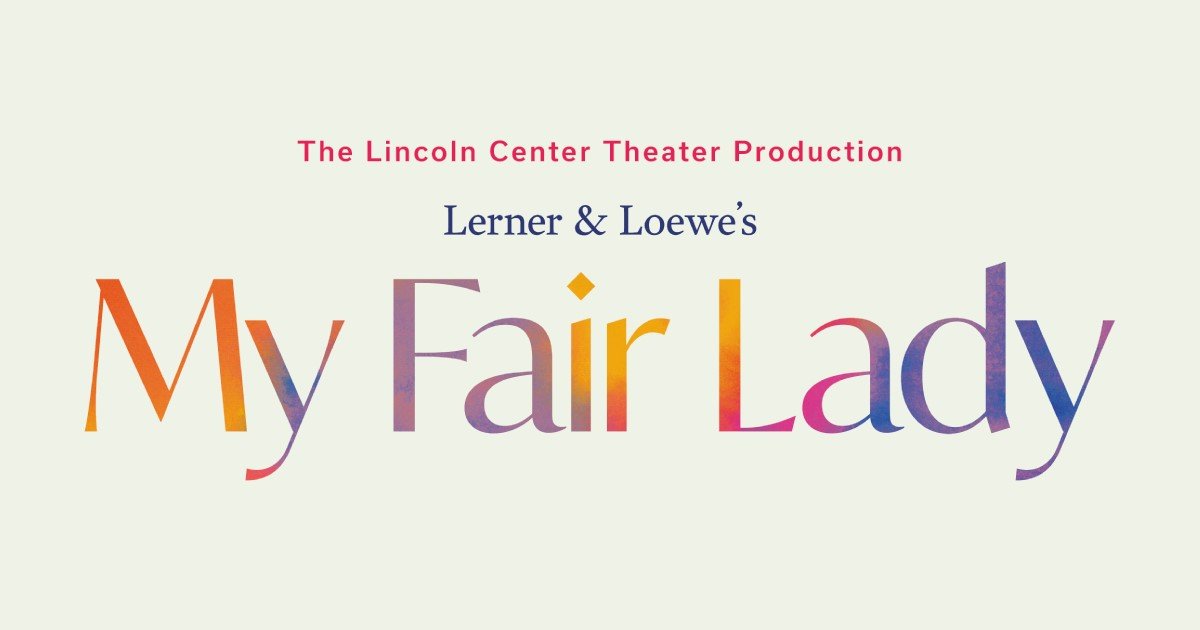 The producers have announced the full cast for Bartlett Sher’s glorious and lavish production of My Fair Lady at the London Coliseum.

Stephen K Amos will play the role of Alfred P. Doolittle. Stephen is a BAFTA award-winning comedian whose stage work includes My Night With Reg and One Flew Over The Cuckoos Nest. Malcolm Sinclair will play the role of Colonel Pickering. Malcolm has performed in more than 50 theatrical productions and was nominated for Best Supporting Actor at the 2019 Olivier Awards for his performance in Pressure at The Ambassador’s Theater.

New York’s Lincoln Center Theater’s critically acclaimed and multi award-winning production of Lerner & Loewe’s much loved My Fair Lady will transfer to the London Coliseum for a limited summer engagement in what will be the show’s first major West End revival for 21 years. The season comes as part of the ongoing celebrated tradition of summer musicals at the London Coliseum. The perfect way to celebrate London’s theater scene as it blossoms once more after the pandemic. Performances begin on 7 May 2022 with an opening night on 18 May 2022.

Directed by Bartlett Sher, this sublime production, which premiered in the spring of 2018 at Lincoln Center’s Vivian Beaumont Theater, was the winner of the Tony Award for Best Costume Design, 5 Outer Critics’ Circle Awards including Best Musical Revival, the Drama League Award for Outstanding Musical Revival, and the Drama Desk Awards for Best Musical Revival and Costume Design. The London production will feature 36 musicians from the English National Opera’s award-winning Orchestra playing Frederick Loewe’s ravishing score making it the largest orchestra in the West End.

My Fair Lady tells the story of Eliza Doolittle, a young Cockney flower seller, and Henry Higgins, a linguistics professor who is determined to transform her into his idea of ​​a “proper lady”. But who is really being transformed?

With a book and lyrics by Alan Jay Lerner and music by Frederick Loewe, MY FAIR LADY boasts a score including the classic songs “I Could Have Danced All Night,” “Get Me to the Church on Time,” “Wouldn’t It Be Loverly, “” On the Street Where You Live, “” The Rain in Spain, “and” I’ve Grown Accustomed to Her Face. “

“Thrilling! Glorious and better than it ever was! A marvelous and transformative revival.New York Times

Adapted from George Bernard Shaw’s play and Gabriel Pascal’s motion picture Pygmalion, Lerner & Loewe’s MY FAIR LADY premiered on Broadway in March 1956, winning 6 Tony Awards including Best Musical, and becoming the longest-running musical in Broadway history at the time. Following this success, the production transferred to London in 1958, where it played in the West End for five and a half years.

MY FAIR LADY has seen many notable revivals and adaptations, including the acclaimed 1964 film starring Audrey Hepburn and Rex Harrison, which won eight Academy Awards, including Best Picture. Most recently on the London stage, Cameron Mackintosh’s 2001 revival at Theater Royal Drury Lane won three Olivier Awards, and later toured across the UK and Ireland in 2005.