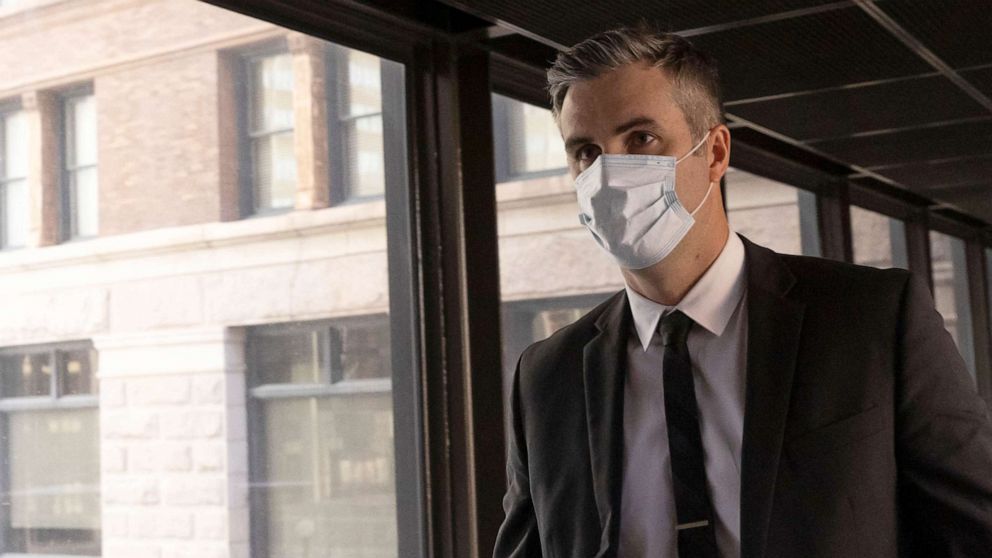 Thomas Lane, one of the former Minneapolis police officers involved in George Floyd’s killing, has pleaded guilty to second-degree manslaughter, according to the Minnesota attorney general.

State Attorney General Keith Ellison said the plea agreement reached with Lane represents an “important step toward healing the wounds of the Floyd family, our community, and the nation.”

Lane, 38, had been scheduled to go to trial next month in state court along with his former Minneapolis police colleagues J. Alexander Kueng and Tou Thao.

All three defendants were convicted in February by a federal jury on charges of violating George Floyd’s civil rights by failing to intervene or provide medical aid as their senior officer, Derek Chauvin, kneeled on the back of the handcuffed 46-year-old Black man’s neck for more than nine minutes in the May 25, 2020, incident.

Chauvin was convicted in state court last year of second-degree unintentional murder, third-degree murder and second-degree manslaughter. He was sentenced to more than 22 years in prison.

Chauvin also pleaded guilty to federal charges of violating Floyd’s civil rights and is awaiting sentencing after a judge accepted his plea earlier this month.

“Today, my thoughts are once again with the victims, George Floyd and his family,” Ellison said in a statement Wednesday announcing Lane’s plea. “Nothing will bring Floyd back. He should still be with us today.”

Ellison said he was “pleased” that Lane has accepted responsibility for his role in Floyd’s death.

“While accountability is not justice, this is a significant moment in this case and a necessary resolution on our continued journey to justice,” Ellison said.

There was no word on whether similar plea agreements are under consideration by Kueng and Thao, who are still scheduled to go on trial in state court on June 13.

The attorneys for the Floyd family – Ben Crump, Antonio Romanucci and Jeff Storms – released a joint statement, saying Lane’s guilty plea “brings the Floyd family another step towards closure for the horrific and historic murder of George Floyd.”

“While this plea reflects a certain level of accountability, it comes only after Mr. Lane was already convicted by a federal jury on a related charge,” the family’s attorneys said.

The lawyers praised Ellison and his team, federal prosecutors for securing federal convictions against Lane, Kueng and Thao and the state conviction against Chauvin.

“Hopefully, this plea helps usher in a new era where officers understand that juries will hold them accountable, just as they would any other citizen,” the lawyers said. “Perhaps soon, officers will not require families to endure the pain of lengthy court proceedings where their criminal acts are obvious and apparent. It is equally critical that the municipalities who are responsible for employing, training, and supervising their officers take their duties to the community to heart, and hold their own officers accountable before a criminal court is required to do so. “

During their federal trial, Lane, Kueng and Thao all took the witness stand and each attempted to shift the blame to Chauvin, who was a 19-year veteran of the Minneapolis Police Department.

Lane told the jury that Chauvin “deflected” all his suggestions to help Floyd and Kueng testified that Chauvin “was my senior officer and I trusted his advice.” Thao testified, “I would trust a 19-year veteran to figure it out.”

After deliberately roughly 13 hours, a federal jury convicted Lane; Kueng, 28; and Thao, 35, of using the “color of the law,” or their positions as police officers, to deprive Floyd of his civil rights by willfully being indifferent to his serious medical needs.

Thao and Kueng were also convicted of violating Floyd’s right to be free of unreasonable seizure by willfully failing to intervene to prevent Chauvin from applying bodily injury to Floyd.

Federal sentencing for all three men is pending, with a date yet to be announced. They each face a maximum sentence of life in prison.