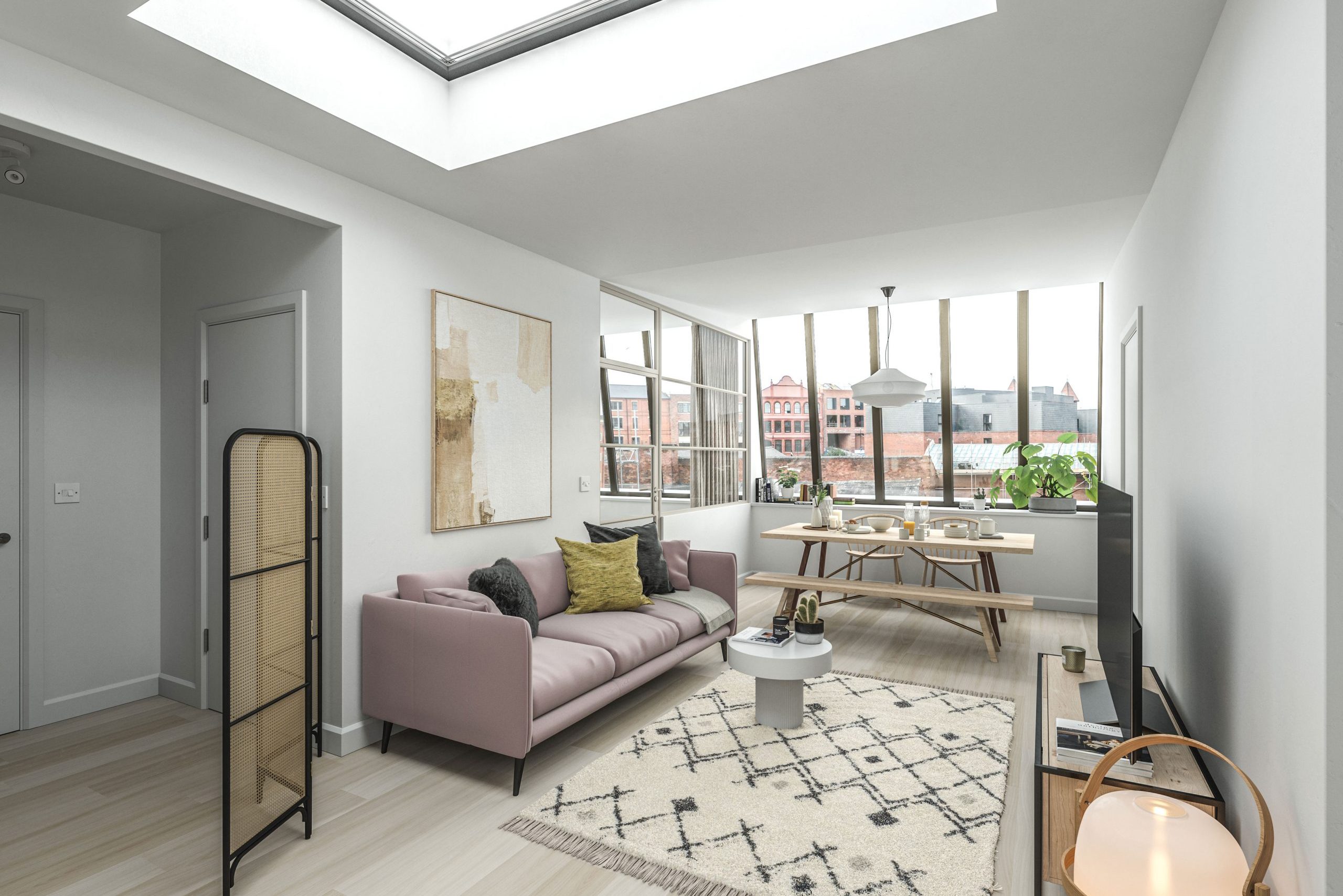 A new residential development is set to launch this weekend in Birmingham’s Jewelery Quarter.

The Photographic Works development will see the site of a former photo processing building transformed into 50 new homes by developers Hatchbury.

The site was home to the Munn’s Brothers photographic processing works for more than 40 years, which developed films for companies including Boots as well as a wide range of independent chemists in Birmingham and across the West Midlands.

The scheme, which is being marketed by Savills will launch this weekend (Saturday 9th April) with a one and a two-bedroom show apartment available to preview ahead of build completion in August.

Isaac Burner, associate in the residential development sales team at Savills said: “Photographic Works will feature 50 luxurious one and two-bedroom apartments and two-bedroom plus study duplex apartments, some of which benefit from access to shared landscaped gardens or private balconies. Private parking and bicycle storage will also be provided on-site.

“The appetite for property in Birmingham is incredibly strongly backed up by our busiest ever period during the first quarter of the year. Given the location of the scheme in the sought-after Jewelery Quarter, and the quality on offer, we expect the development to sell very well.

The apartments also qualify for Help to Buy support which comes to an end in March 2023.

With prices starting from £ 200,000, the apartments within the Photographic Works scheme will be available on a 999 year lease with residents having a share of the freehold.